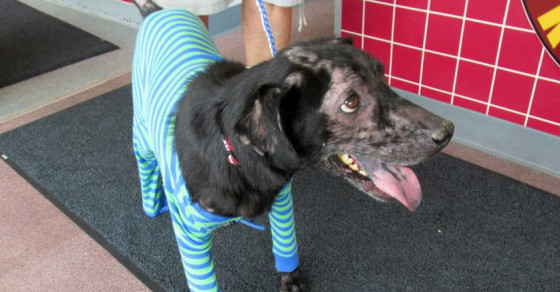 Meet Adam, the Dog Who Is Allergic to Humans
By Luke Malone

Meet Adam, the Dog Who Is Allergic to Humans 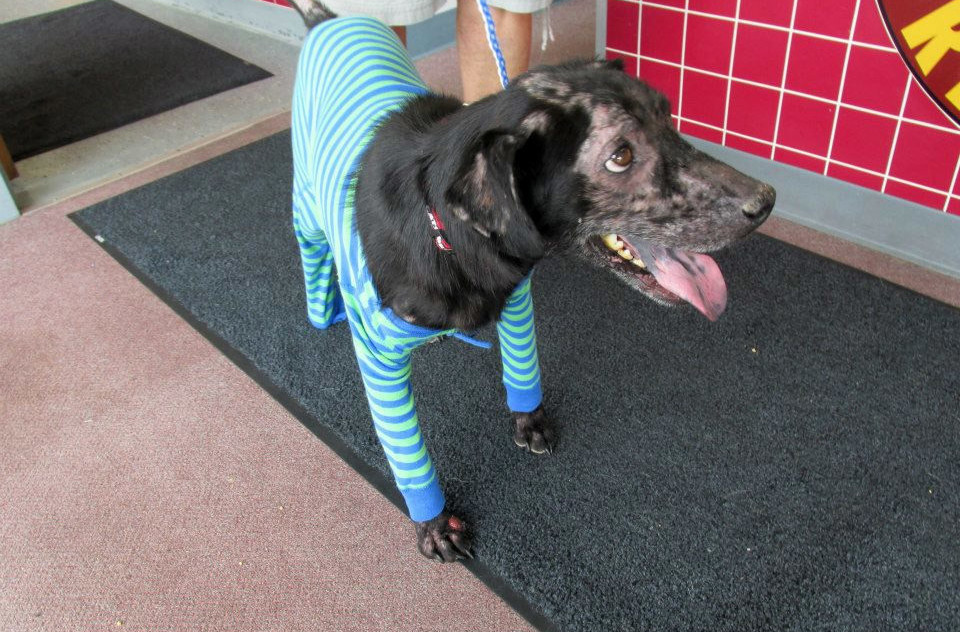 When Adam, a frail black Labrador, first arrived at Lucky Dog Retreat Rescue in Indianapolis, he was a mess. His fur was coming out in clumps, revealing dry, cracked skin underneath, and the dog’s pained gnawing only exacerbated his condition.

Robin Herman and the staff at the center tried their best to ease his mystery inflammatory disease by starting a regimen of steroids, medical baths and premium food. And he did show some improvement, but not enough. So it was not only shock, but a relief, when they ordered a set of blood tests and found that Adam, it turns out, is allergic to humans.

“Humans? I thought [the veterinarian] was kidding,” Herman told RTV6. “She said, ‘Just like we can be allergic to dogs, he’s allergic to human dander.'”

Adam was a sad sight when he first arrived at Lucky Dog Retreat Rescue.

Though she was thrown by the diagnosis, Herman remains hopeful that the “smart… great dog” can be cured of his symptoms. She is currently raising money for his treatment and says she won’t rest until he has made a full recovery.

“The vet seems to think we can fix him,” she adds. “They put a serum together just like with kids allergies, and he starts on allergy shots this week.”

To keep up-to-date on Adam’s progress, or to donate money, visit www.LDRRescue.org.