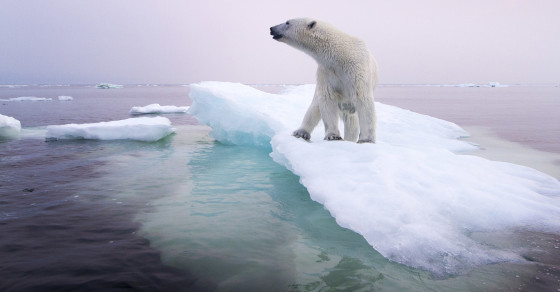 We Actually Don’t Know What Americans Think About Global Warming
By Joshua A. Krisch

We Actually Don’t Know What Americans Think About Global Warming

A new poll found that 81 percent of Americans believe humans play a role in climate change, according to Stanford University. That’s an increase of 9 percentage points since 2011.

And an increase of 31 percentage points since…yesterday.

We reported on a Pew Research survey on Thursday that showed only 50 percent of the American public believes humans caused climate change (as opposed to 87 percent of scientists). This new poll boasts much higher numbers. It claims that 71 percent of Republicans blame humans for the global rise in temperatures. Even more surprising, 77 percent of Americans told the Stanford pollsters that “the federal government should do a substantial amount to combat climate change”—which is difficult to believe, given yesterday’s findings.

Both surveys had large, random samples, but it’s still theoretically possible that Pew worded its climate questions in a way that scared off more people than Stanford. And, of course, Stanford may have surveyed more moderates than Pew. But none of that is very likely, given the stellar scientific reputation of both institutions. That leaves us with two polls that seemingly do not fit together.

Study: Most People Think Scientists Are Full Of It
New Study Confirms That There Are Way Too Many Studies
Rainforest Destruction Isn’t Getting Better, It’s Getting Worse