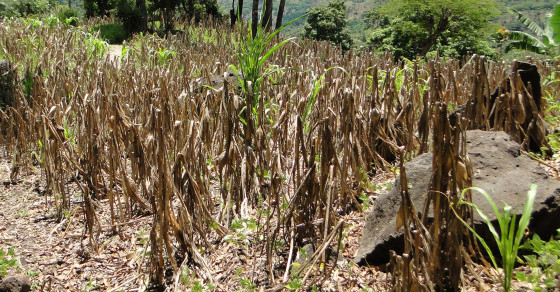 Central America Is Drying Up 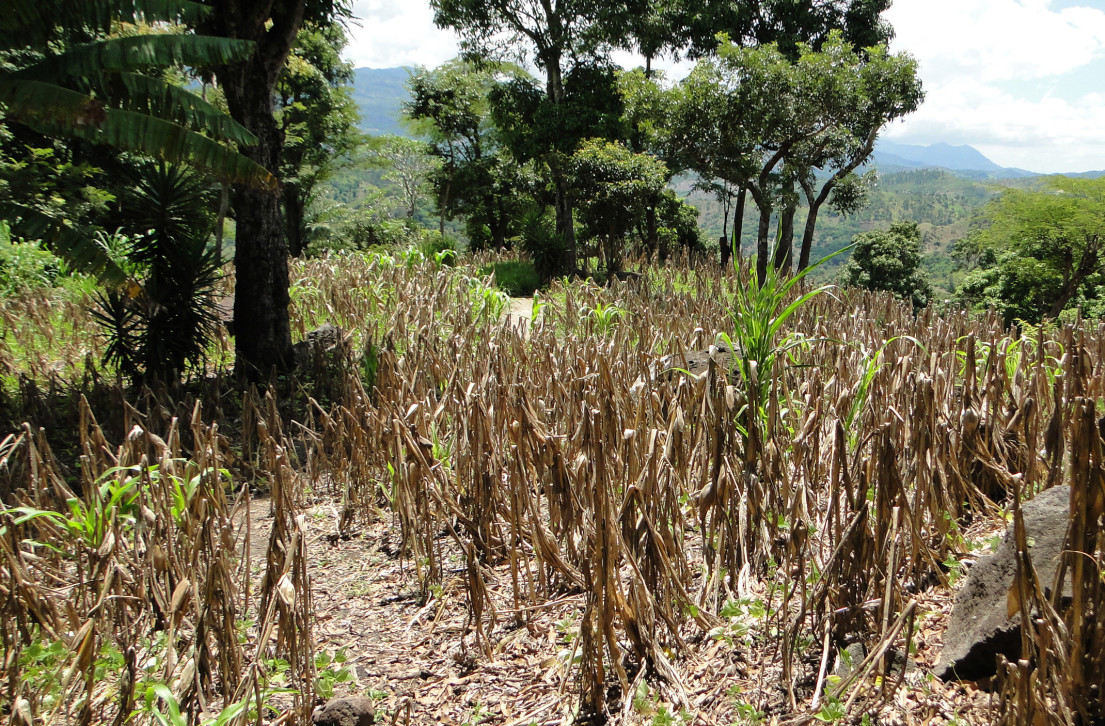 CHIQUIMULA, GUATEMALA—At first glance, the forests seem lush and beautiful here in the mountains of eastern Guatemala. But look more closely and you’ll see a different side of paradise: dry patches of land riddled with dead corn and rocks.

It’s not just Guatemala. Central America is drying up, especially across a strip of subtropical highland stretching from Guatemala to Costa Rica—one of the poorest parts of the region. Not a drop of rain has fallen here for almost two months. There have always been annual dry periods known as canículas. But over the last two years, these droughts have been exacerbated by El Niño, an influx of warm water that causes storms, droughts and torrential rainfall throughout Latin America’s Pacific Coast.

The consequences are dire. In Nicaragua, El Salvador and Honduras, nationwide yields of corn, a staple in this part of the world, have fallen by more than 10 percent in comparison to last year. In Guatemala, nearly 300,000 farming families have lost 70 to 100 percent of their crops. Without outside help, hunger looms for more than 3 million people in the region. And the problem may only get worse.

“I’ve never seen it this bad,” says Silvi López, 34, a farmer in Chiquimula. She and her husband own a small patch of land just outside of a nearby village. Nearly all of their plants are dead. “We grow corn to feed ourselves,” she says. “I have four kids, and there’s just not enough food. If nothing changes, we’ll be hungry before the year’s over.”

She’s not alone. Almost everyone here is a poor, subsistence farmer. Families tend to grow corn and beans for their own consumption, selling what’s left for a little extra money. They’re extremely vulnerable to any sudden change in weather and dependent on government support in case of emergency.

But this year’s drought is so severe that it took the Guatemalan government by surprise. “Normally, there’d be at least some rain even during a canícula,” says Élmer López, Guatemala’s minister of agriculture. “But not a single drop has fallen in two months. Even the meteorologists are stunned.”

Farmers in Chiquimula and Agriculture Minister Élmer López observe as a government official shows them how to protect their farmlands against erosion.

Unfortunately, most farmers in the region don’t have any alternatives to make extra money. Normally, they could move to the coast to work as day laborers on coffee plantations. But many plantations were devastated by la roya, a fungus, which ruined last year’s coffee crop. There are few jobs left on the plantations, and the drought has sent food prices skyrocketing.

The governments of the countries affected by the drought are now bringing tens of millions worth of emergency food aid to the dry corridor. But food alone may not be enough. Most farmers in the area are indigenous and don’t have modern agricultural technologies such as water reservoirs, irrigation canals and terraces; they’re still practicing the farming techniques of their ancestors. That could spell disaster if torrential rains follow the current drought. With their corn harvest already ruined, many farmers are starting to sow their beans, but the soil is so dry that their crops could simply wash away if the area floods.

The Guatemalan government is trying to condition food aid on the farmers taking steps to prevent erosion, but it’s not an easy task. Guatemala’s indigenous people have suffered through decades of civil war and neglect, and many distrust any government intervention.

“It’s a difficult process,” says López, Guatemala’s minister of agriculture. “But we have no choice. If we don’t do something now, food security here is permanently in jeopardy.”