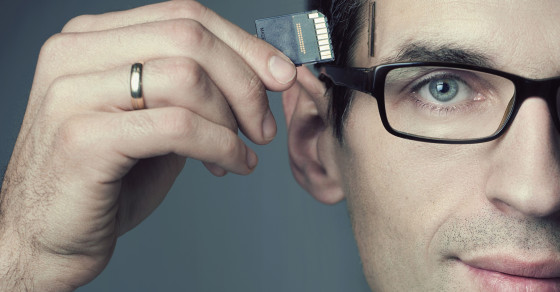 Can a Prosthetic Brain Implant Improve Your Memory?
By Eric Markowitz

Can a Prosthetic Brain Implant Improve Your Memory? 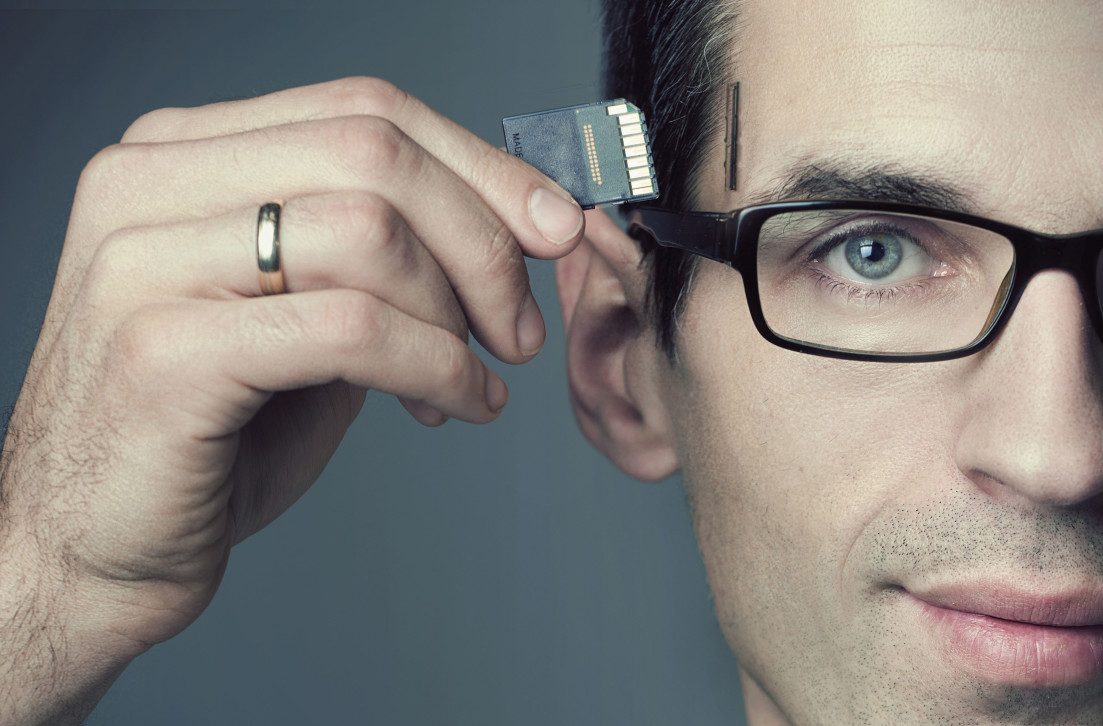 Just like everyone else, you want a better memory. Maybe you’ve tried Lumosity to battle all those senior moments. Maybe you’ve taken a shot of ginkgo biloba or tried one of the thousands of self-help books available on Amazon. Maybe you keep forgetting to do all that.

In the hunt for a sharpened memory that would prevent you from losing your keys, what if you could skip all that noise, smack a computer chip into the side of your skull and call it a day? Sounds nice, right?

Well, researchers are now experimenting with exactly that concept. The initiative, launched this summer out of the Defense Advanced Research Projects Agency (DARPA), is being led by scientists from the University of California at Los Angeles and the University of Pennsylvania. Their goal? “Implantable, closed-loop systems able to deliver targeted neural stimulation that may ultimately help restore memory function.”

DARPA doesn’t always work on the most practical ideas. In the past, the agency has labored on projects like cyborg insects and cars for blind people. It’s important to take news of all the agency’s wonderful experiments with a large grain of salt.

Still, in an interview with IEEE Spectrum, Michael Kahana, the director of the Computational Memory Lab at the University of Pennsylvania, says the idea is technically possible—if incredibly challenging.

To build a device that could improve memory, he and his team will first need to understand the complete neuroscience of memory, which is notoriously complex. As IEEE notes:

Kahana’s team will start by searching for biological markers of memory formation and retrieval. For this early research, the test subjects will be hospitalized epilepsy patients who have already had electrodes implanted to allow doctors to study their seizures. Kahana will record the electrical activity in these patients’ brains while they take memory tests.

Kahana and his colleagues will be given four years of funding to complete the chip. Does he think it will actually work? There’s promise, but the task is daunting.

“We need to take analyses that used to occupy a personal computer for several hours and boil them down to a 10-millisecond algorithm,” he says. So…good luck with that. Just don’t forget to tell us how it works out.