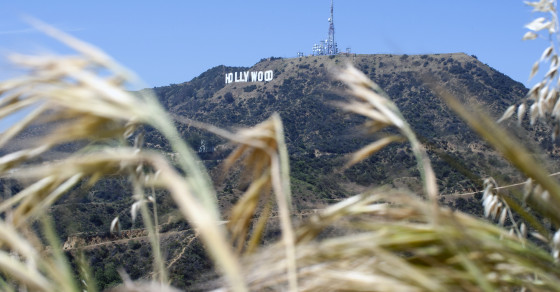 What If Boston Shipped All Its Snow To Water-Starved California?
By Eric Markowitz

What If Boston Shipped All Its Snow To Water-Starved California?

California’s drought has reached a crisis point. Governor Jerry Brown has issued an executive order requiring state-wide water restrictions. goal is to reduce overall consumption by 25%. On social media, folks are suggesting that California consider importing snow from water- and snow-logged Boston to address the problem. As it turns out, Vocativ actually looked into that very solution.

It has been estimated that it will take 11 trillion gallons of water to reverse California’s drought. How about just redistributing the water from coast to coast?

How much water is in all that snow cover over Boston? This mornings analysis shows 4-8" over Northeast Mass. #MAwx pic.twitter.com/DTlNe9KWGR

After some very basic back-of-the-envelope math, we computed that the amount of water sitting on all of Boston’s 48 square miles is about 5 billion gallons—or roughly 0.05 percent of what it would take to quench California’s drought.

Dear East Coast: please collect up all that snow and ship it out to California. It sure is nice out here be we could really use the water.

It might sound like a preposterous joke, but it’s an idea that’s actually attracting national attention. There is evidence to suggest that drought seasons will only get worse over time. Some of these “mega-droughts” could even “last for decades and even centuries.” Naturally, city governments are considering long-term solutions to redistribute the country’s water. Some are even wondering about massive water pipelines.

More What If God Is Responsible For Climate Change?

Theoretically, the cost to build a transnational water pipeline isn’t outrageously expensive. A large diameter water pipeline costs about $2 million per mile to build. So a water pipeline from Boston to Los Angeles, a distance of 2,600 miles, would cost about $5.2 billion to build. Then there’s the cost of harvesting all the snow. Boston spends $18 million per year on snow removal, but if such a pipeline existed, we imagine they’d simply spend that same amount of money transporting the snow to the pipeline rather than dumping it into the Boston Harbor.

But the biggest cost by far wouldn’t be the pipes—it would be the expense of pushing water long distances. Pumping water from the San Francisco Bay to Southern California requires approximately 3,200 kilowatt hours per acre-foot. That’s a bill of $970 million a year by our calculation.

No one has ever actually estimated the cost of shipping water from Boston to California via pipeline, but in 2012, MIT students calculated the rough costs of transporting Alaskan glacier water to Southern California. Roughly $487 billion.