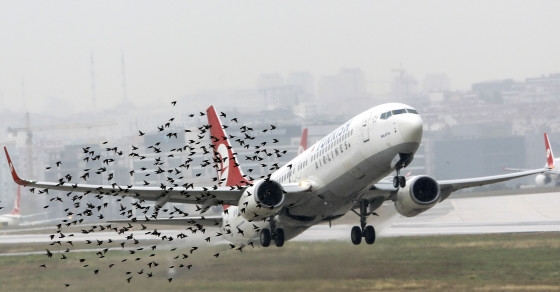 Why Birds Keep Crashing Into Cars And Planes
By Joshua A. Krisch

Why Birds Keep Crashing Into Cars And Planes 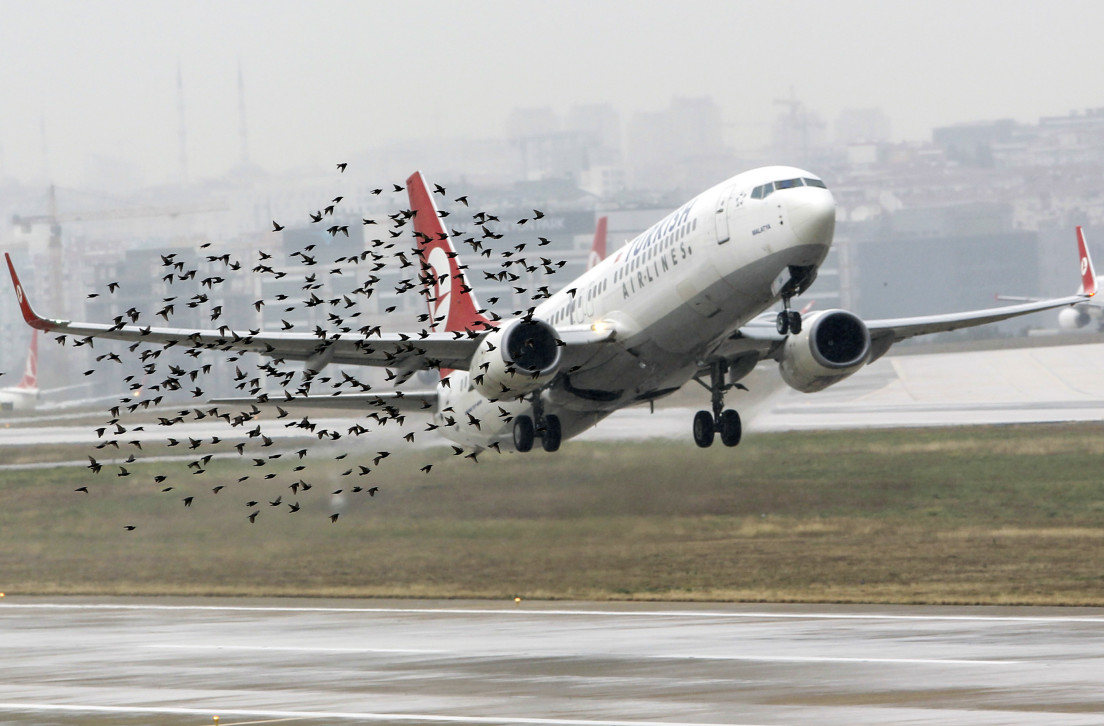 Most birds are idiots. They fly into airplanes, smash into cars and fling themselves at pigs with reckless abandon.

Over 11,000 birds smashed into airplanes in 2013 alone, and those collisions create more havoc than simply flattened animal carcasses and clouds of feathers: Bird strikes in the air have killed at least 255 people since 1988. On U.S. highways, about 80 million birds—some of them endangered—die every year when beak meets windshield.

Experts say that the ghostly imprint on this glass after a bird strike was caused by "powder down" residue, which surrounds growing feathers.

Now scientists are pecking away at the mystery behind why birds—experts at evading predators and dodging tree trunks—keep on crashing into planes and cars. In a recent study, scientists played videos of speeding trucks in front of cowbirds and monitored the birds’ individual response times. The researchers found that the birds easily escaped vehicles traveling up to 60 miles per hour, but at higher speeds they were utterly helpless—often beginning to fly away only after the virtual truck had already run them down.

In sum: “Brown-headed cowbirds in our study usually managed to respond quickly enough to avoid virtual collisions during simulated low-speed vehicle approaches, but they were often overwhelmed by high-speed approaches,” according to the paper.

It turns out that cowbirds gauge their risk of death-by-truck based on distance, not speed. When the vehicle appears to be about 100 feet away, the birds instinctively begin to fly off. For dodging predatory hawks (or cars in the slow lane), that strategy might work. But at higher speeds, these birds barely stand a chance.

The findings mesh nicely with a similar study conducted last year on turkey vultures. In that study, the researchers had no sentimental ties to their avian subjects—they drove a real pickup truck directly at birds and tried to pick them off. Those hapless vultures managed to escape the pickup only when it was traveling less than 55 mph.

This AMX fighter jet was no match for a black vulture.

Modes of transportation are only getting faster, and bird collisions are becoming more common and more costly. Passenger jets typically take off at about 150 mph, far too fast for birds to avoid. A bird strike on Southwest Airlines last month forced the crew to land after flames began shooting out of the engine. And US Airways Flight 1549, which famously landed in the Hudson River back in 2009, was felled by a flock of Canadian geese. Private pilots, especially of small aircraft, are also desperately trying to avoid birds with a death wish.

The scientists suggest that pulsating lights on airplanes might give the birds a better shot at detecting aircraft from afar. Pilots also have in-flight strategies for dodging birds with a death wish. “Avoid areas such as marshlands and landfills because birds like to congregate near them,” writes the Aircraft Owners and Pilots Association. “Also, avoid flying beneath a flock of birds. When birds sense danger in the air they have a tendency to dive.”

And on the ground, scientists say we should slow down, especially when driving near conservation areas. Because nobody wants an endangered species to go extinct on their bumper.