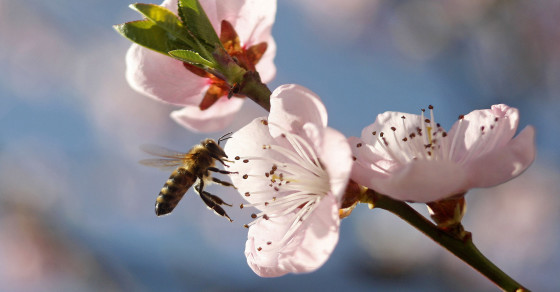 The Beepocalypse Just Got a Little Bit Closer
By Elizabeth Kulze

The Beepocalypse Just Got a Little Bit Closer 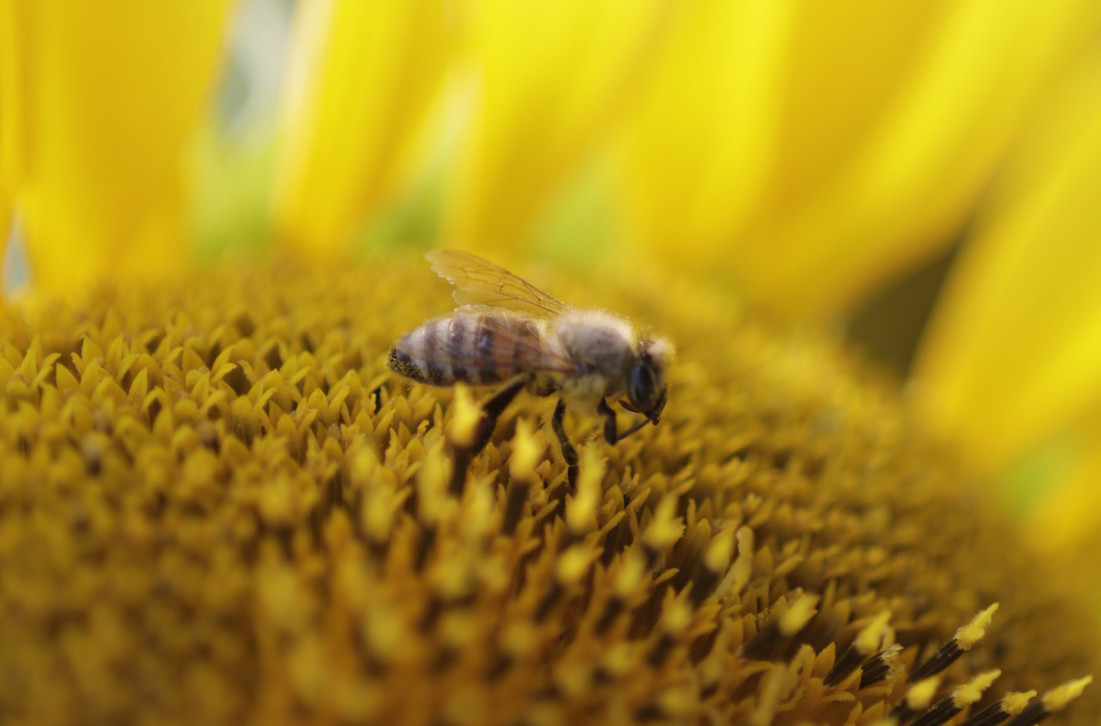 Ever wonder if bees call us killer humans? With the passing of every year, they probably have more and more right to do so, because we keep poisoning their food.

Less than a year ago, the National Beekeeping industry filed a lawsuit against the EPA because it approved a pesticide found to be highly toxic to our precious pollinators. And now its developers, DowAgro Sciences, have requested to expand the use of Sulfoxaflor into more and more busy bee territories. The critter-killing chemical weapon was initially approved for crops like cotton, a variety of vegetables, and many fruit and nut trees, but the EPA is considering a proposal that will allow it to be sprayed on corn, the nation’s largest crop, and alfalfa and clovers, both of which are top stations at the bee buffet.

“Bees already have a lot to fear, and now we’re on track to put more of this dangerous chemical out there,” says Greg Loarie, a staff attorney at Earth Justice. “The EPA’s job is supposed to prevent adverse environmental impact, but they aren’t doing their job.”

The mysterious disappearance of the world’s bee population has been a major environmental concern over the past few years. And this isn’t all just buzz and bluster from a bunch of tree-huggers—the implications go far beyond a potential honey famine or the bankruptcy of Burt’s Bees. Most of the produce that humans and livestock consume depends on bee pollination, so dwindling hives could signal a future food shortage coupled with rising food prices—two issues we’re already paranoid about.

Scientists believe neonicotinoids (chemicals like nicotine which are lethal to insects) may be the key culprits, and Sulfoxaflor is sub-class of those. Last week, Harvard researchers confirmed a direct link between the use of neonicotinoids—the most popular form of insecticide—and colony collapse disorder, the bee equivalent of the black plague. For this very reason, the EU actually banned the use of such chemicals last year, while the U.S. continues to spray them coast to coast. As of today, nearly a third of all bee colonies in the country have vanished, which is the equivalent of 10 million hives, worth $2 billion.

The stakes are exceptionally high for both us and our buzzing friends, which is why Sulfoxaflor’s proposed expansion is of such immediate concern. Alfalfa and clover, two legumes used for cattle grazing, have always been frequented by bees, and while corn doesn’t require bee pollination, it’s impossible for bees to resist when it covers 95 million acres across the country.

“Commercial bee operations are migratory and spend much of their time in the Midwest, where there is corn as far as the eye can see, “ Loarie explains. “So if farmers spray a whole field, then its poisoned pollen will inevitably end up with the bees.”

Pesticides can also make their way to pollinators by more indirect means, such as chemicals running off into irrigation streams to infect surrounding plants, or the wind blowing contaminated pollen onto bee-frequented flowers. And as another study has shown, it’s not just one, but a toxic cocktail of a number of pesticide and fungicides that’s ultimately facilitating the colonies’ annihilation. More chemicals like Sulfoxaflor will just add more toxins to the mix.

“These little creatures are being hit hard,” says Loarie. “This could be the sinking of the raft.”