“It’s the apocalypse!”
By Emily Levy 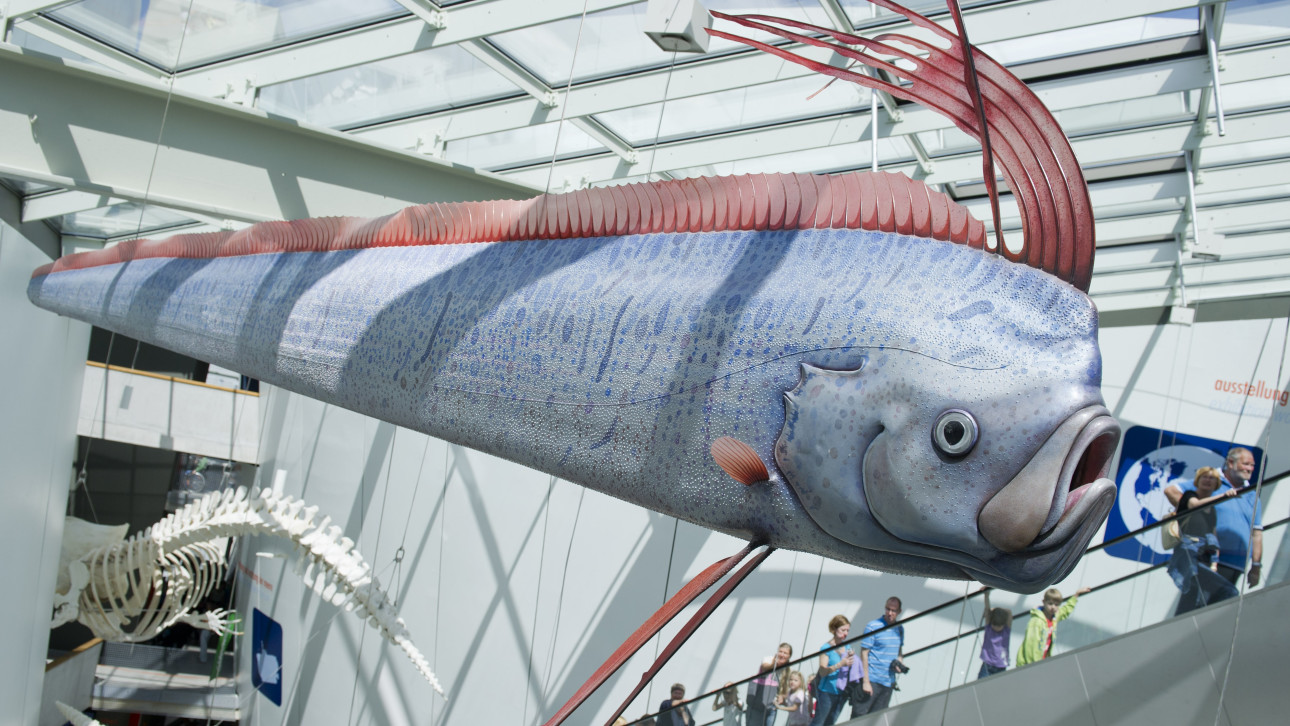 It’s a story as unbelievable as Sharknado, minus the sharks and Tara Reid’s pathetic attempt at acting.

When two oversize sea serpents with the gentle-sounding name oarfish washed up on the shores of Southern California last week, researchers scrambled to determine what, exactly, their emergence might mean, scientifically speaking. If ancient Japanese folklore has any bearing—and Twitter users suggest it does—then their appearance may signal something catastrophic: an imminent earthquake brewing in the depths of the Pacific Ocean.

Grade-school students stumbled upon the first creature on a beach in Catalina last Monday. It measured a whopping 18 feet long. Four days later, a second oarfish popped up in Oceanside, measuring 14 feet.

Known for their long, silvery bodies and red fins, the oceanic beasts are also called “Messengers from the Sea God’s Palace” in Japanese mythology. The animals warn the world about what’s happening deep in the ocean, more specifically that tectonic plates might be shifting in advance of a temblor.

Given their legendary identities, the appearance of two oarfish might have even greater significance than one alone. “When the first one beached itself, the conversation was ‘Wow, what an amazing animal!'” explains Milton Love, a biological researcher at UC Santa Barbara and author of a book on the fish of the Pacific. “But then the conversation shifted to ‘Wow, what’s going on? It’s the apocalypse!”

That sort of gloom and doom reaction made a tidal wave-like splash on Twitter and Facebook, where Internet users are casting aside science for deep-sea symbolism:

Oarfish are omens for earthquakes according to a Japanese legend.....DUN DUN DUUUUUUNNNNNN

Anyone else disturbed by the appearance of TWO oarfish in one week? I'm not crazy superstitious, but the Japanese legend about earthquakes..

So apparently the legend of oarfish beaching themselves before an earthquake has some grounding.

They may have good reason to believe in the myth. Back in 2010, more than 10 oarfish beached themselves on the shores of Japan after three successive earthquakes in Haiti, Chile and Taiwan.

But Love says this trend is nothing more than fiction. “We have an innate drive to find patterns,” he says. “So when a big ‘ole fish that you never see beaches itself, and then there’s an earthquake, there’s a need to find a pattern.”

And since very little is known about the creatures—they swim at the bottom of the ocean and can’t be caught with nets or hooks—scientists will use this opportunity not to quell rumors, but to studies the species in greater depth, Love says. “By now the animals have more or less been made into jigsaw puzzles for scientists.”