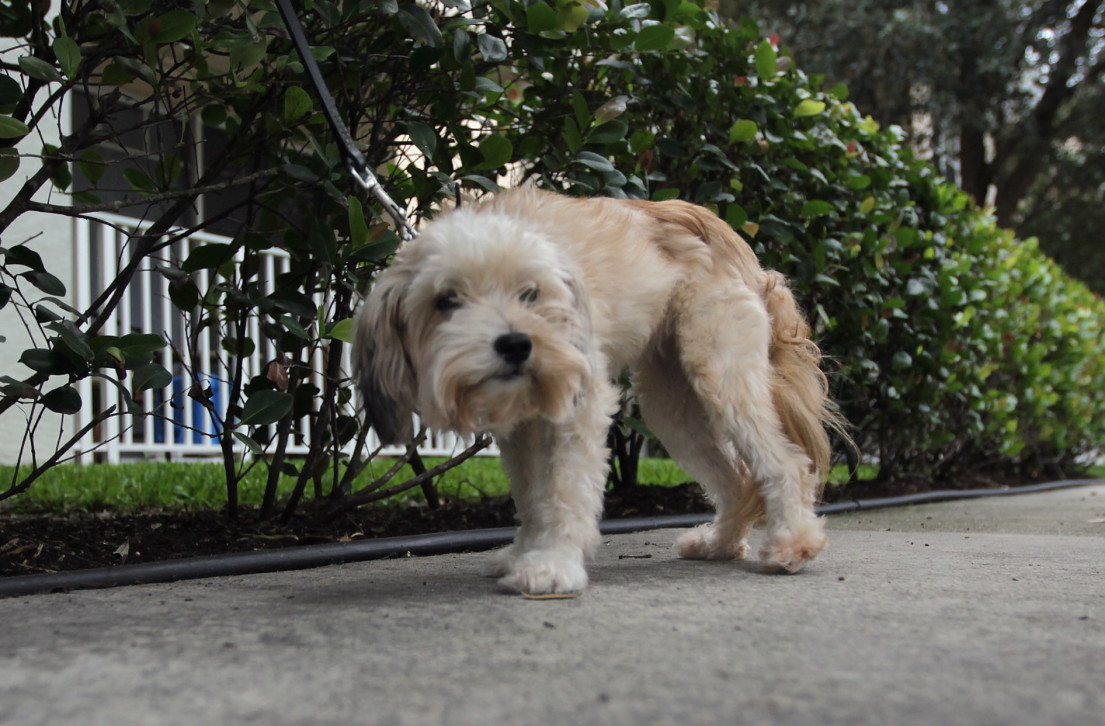 The next time your silly dog carefully orients himself on the sidewalk, precisely aligning his body north-south before relieving himself, consider this: It’s probably because he feels the Earth’s magnetic pull.

According to a new study published in the science journal Frontiers in Zoology, dogs prefer to excrete with their bodies along the planet’s north-south axis rather than east-west axis, all thanks to receptors that make them particularly sensitive to the magnetic field. Although the study reveals a lot about dogs’ pooping habits, unfortunately it may have very few implications for humans. We might not see dog-compass-nano-technology come our way anytime soon.

Tweet at us: Do you poop in alignment with the earth’s magnetic field?

With the help of 37 individual dog owners, Czech and German researchers at the University of Life Sciences and the University of Duisburg-Essen studied “excretion incidents” from some 70 dogs—amounting to some 7,475 incidents of defecation and urination—over the course of two years. The owners were instructed to monitor and document all details of the excretion, including, according to Sabine Begall, one German researcher involved in the study, “if it was cloudy or the sun was shining.”

The scientists discovered that when the Earth’s magnetic field is nice and stable, dogs will line up north-south before soiling the pavement, grass or other surface. Even the slightest changes in the magnetic field—known as declinations—threw off the dogs’ natural sensors. (The field is stable during only 20 percent of daytime hours.)

That 20 percent is important, though, and the study is the first to identify “a measurable, predictable behavioral reaction” to the magnetic field in dogs. However, because they’re able to align only 20 percent of the time, dogs won’t make reliable compasses during a hike—through no fault of their own. “You might get lost,” Begall says, because of the Earth’s damn unstable magnetic field.

Scientists have previously studied the receptors of migratory birds, finding that the birds’ receptors might be located in their beaks or eyes’ retina. The same might be true for those of dogs.

As for the study’s human implications, Begall says researchers are years away from better understanding humans’ responses to the magnetic field. While some people claim they’re sensitive to it, the researcher doesn’t necessarily buy their claims, and she says her belief is grounded in science:

“Some people may have lost this ability during evolution,” says Begall. “Our ancestors—they walked out of Africa in the beginning by foot. During evolution, when humans no longer depended on their natural skills, because they had technical devices to get a feeling of where they were, then maybe that ability got lost.”

If humans were to have such receptors, then they’d be located, Begall says, “maybe in the eyes or brain.” Could we do anything to heighten our sensitivity to magnetic waves by locating these receptors? “I don’t think it’s worth it,” Begall says. “We have technology for that.”

Nevertheless, the researchers—who have previously studied the magnetic alignment of cattle and foxes using aerial images—are very interested in pursuing similar studies in humans. While future human-based investigations are in the works, Begall won’t reveal the nature of them or how humans’ sensitivity might be tested.

There is one thing, however, that Begall is willing to disclose: “They won’t involve poop.”