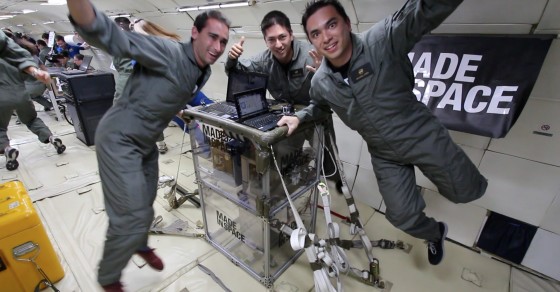 3D Printing in Space Is Still a Long Way Off 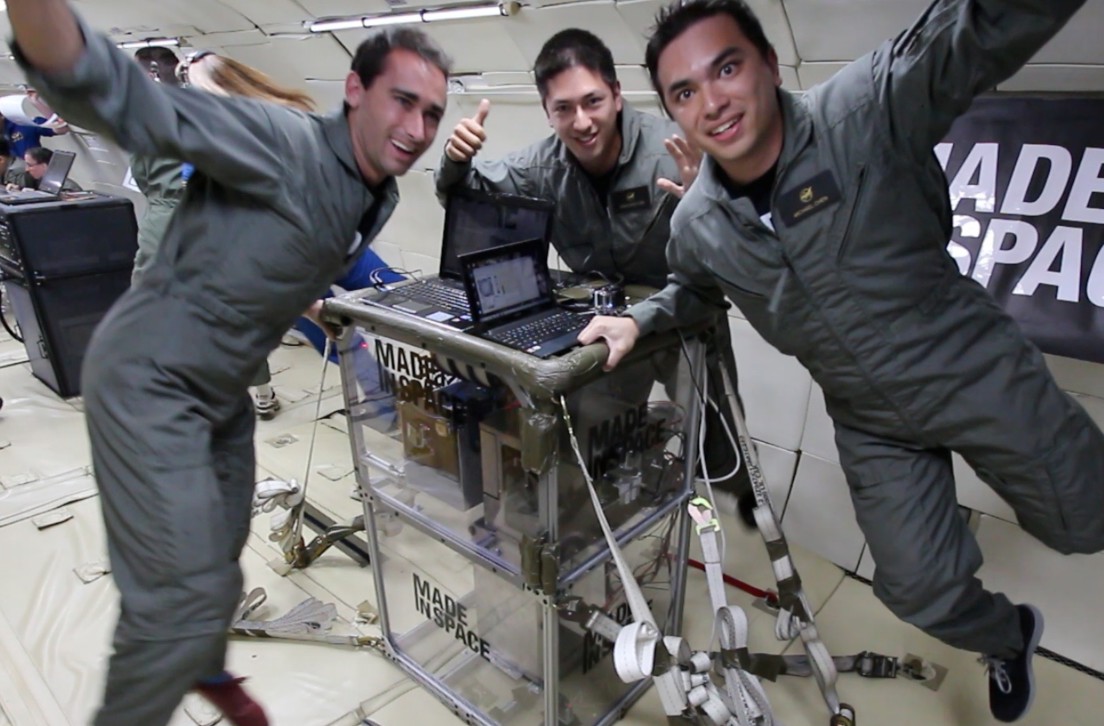 Since Apollo 11 landed on the moon 45 years ago, space innovation has evolved enormously. With the help of advanced spacecrafts, we’ve circled Jupiter and Saturn, and landed safely on Mars. We’ve lived in space for long periods of time. And thanks to the Internet, we’ve witnessed the rise of crowdsourced spacesuits.

So it should follow that 3D printing, with its innovative gains on Earth in fields such as food and toys, would also get time in the galactic spotlight, spawning 3D printed satellite systems, replacement parts and space-station living facilities. But according to a new study by the National Research Council to determine whether printing in space could feasibly reduce the cost and time of developing space-related infrastructure, the takeoff for 3D printed inventions in space is still a long way off.

Made in Space CTO Jason Dunn (left) and P.I. of the 3DP Experiment Mike Snyder look to optimize the first 3D printer for space.

“There has been a substantial degree of exaggeration, even hype, about its capabilities in the short term,” the researchers write in the “3D Printing in Space” report. “The realities of what can be accomplished today, using this technology on the ground, demonstrate the substantial gaps between the vision for additive manufacturing in space and the limitations of the technology.”

The team determined that, even if technology improves on Earth, space’s myriad environmental constraints will continue to plague printing’s development in galaxies far, far away. They note inherent space-related concerns such as space’s vacuum, lack of gravity and the heat of the sun’s effects on printing, as well as the many infrastructural and power-oriented issues associated with printing so far from Earth. “Questions relating to infrastructure, platforms, and the overall manufacturing approach as a whole need to be answered.”

So far, the closest we’ve come to 3D printing in space is intensive research on 3D printed space food, or how to feed astronauts on long trips. But in September, with the help of research organization Made in Space, scientists will launch a 3D printer to the International Space Station so astronauts can practice printing 220 miles from Earth. And in late 2016, the Juno spacecraft, which is set to orbit Jupiter, will launch with a 3D printed space part produced by Lockheed Martin, according to the recent report.

Even with these short-term gains, the researchers’ predictions are a long way off—for the years between now and 2050. And the experts call 3D printing a tool in a “broad toolkit,” meaning it’s only a small part of how we’ll revolutionize space infrastructure in the years to come. So at least for the moment, we should probably focus our efforts on what’s important: 3D printed chocolate.