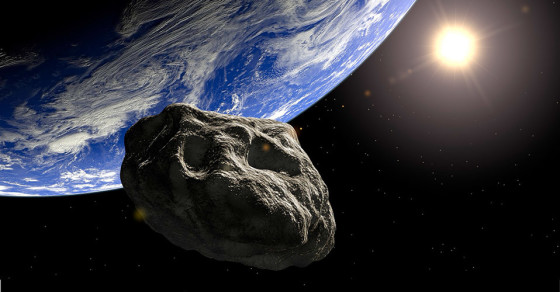 While a lot of America was bracing for snowmageddon 2015 Tuesday, an asteroid with its own moon passed just 745,000 miles from Earth. NASA carefully monitored asteroid 2004 BL86, coming away with incredible close-up footage of it and its orbiting satellite.

According to NASA’s radar data, 2004 BL86 is five football fields across, and its moon is a mere 230 feet wide. Scientists predict it is the closest an asteroid this big and bright will buzz our planet for at least the next two centuries.

While 2004 BL86’s flyby is exciting in that it was close enough to capture with footage, asteroids flit past Earth on a fairly regular basis. In 2014 alone, 24 asteroids flew close enough to Earth to go between it and the moon. So even though we won’t be seeing 2004 BL86 for another 200 years, we have lots of rocky passersby to look forward to.