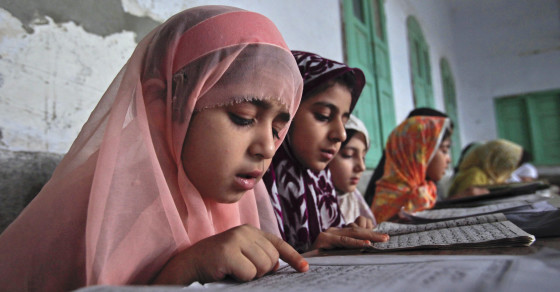 Did a Woman Help Write the Quran?
By Versha Sharma

Did a Woman Help Write the Quran? 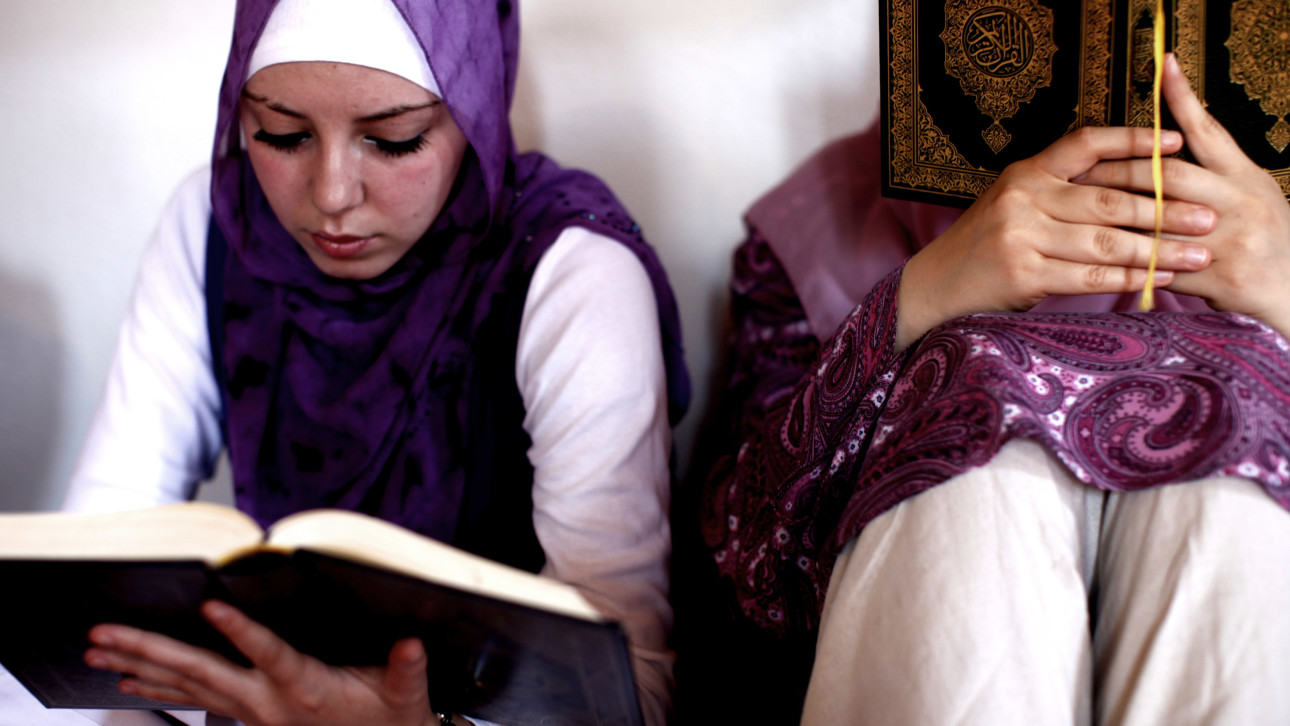 It has long been assumed that the Quran, the holy seventh-century text sacred to more than 1.5 billion Muslims worldwide, came straight from God himself via the Prophet Muhammad. Historical research showed that Muhammad then dictated the verses of the Quran to his companions. Now an American scholar has offered up a history that will seem radical and revisionist to some: One of those companions was in fact a woman—Hafsa, Muhammad’s fourth wife.

Professor Ruqayya Khan, chair of Islamic Studies at Claremont Graduate University in California, recently released a new study called “Did a Woman Edit the Quran? Hafsa’s Famed Codex.” In it, Khan claims Hafsa transcribed and then disseminated some of Muhammad’s verses in the Quran. For a religion often seen as hostile to women, it’s a contentious, even blasphemous argument.

Khan spoke to Vocativ about Hafsa, her role in the Quran and how she might have divorced Muhammad because of a dispute over sex.

When did you first wonder about Hafsa’s role in the Quran?

Mainstream Muslims describe the Quran as the word of God. As a scholar, I’ve often wondered, What does that mean? It didn’t drop out of the sky. I think Hafsa started to really sink into my consciousness when I began to teach a course on the Quran at Trinity University in 2009. I would spend a couple of weeks on how the Quran came to be formed, looking at both Islamic and non-Islamic views, and Hafsa always figured in those. I would always have more questions like, “Gee, this doesn’t seem right; she’s kind of mentioned but there’s nothing else about her.”

Was Hafsa the only wife who edited the Quran?

This is what I find really interesting. If you read the sources [historical accounts from the seventh to ninth centuries on which Khan based her study], you really get the feeling that she was probably one of the more intellectual of his wives. She was into thinking, debating, asking questions. I have heard a couple of sources report that out of all his wives, she may have been the only one who both read and wrote. Some of them maybe knew how to recite things, but they didn’t know how to write. Reciting stuff was really important in this culture—we’re talking about seventh-century Arabia. Sanskrit was a sacred language, and people committed much to memory. But she was the only one of his wives who was really adept at both recitation and writing.

A young Kashmiri woman, with henna tattoos that traditionally mark the end of Ramadan and the celebration of Eid, reads the Quran.

What has been the response to your study?

Devout Muslims might say to me, “How dare you suggest the Quran was edited—it’s the word of God.” I think, for orthodox Muslims, the view is that Muhammad literally dictated the entire Quran to a scribe and he wrote it down verbatim. So the notion of editing the Quran is one that devout Muslims would dispute. Today’s Muslims, and this is really a generalization that has to do with where Islam is in our current political world…the kind of robust discussion that could occur about the Quran and its formation is not happening.

I spoke with religious scholar Reza Aslan about your study. He says, “It is simply a matter of historical fact that women were among the first memorizers of the Quran and that they had a huge role in maintaining traditions about the prophet.” Do others in your field agree with this?

He’s absolutely right. You can understand why Muslims [are less prone to talk about this]—maybe it’s a patriarchal lens, maybe Hafsa wasn’t really considered to be an important wife. Maybe it’s because she almost got divorced.

It’s actually up for debate whether she was divorced. It doesn’t look good to have divorce in the family of Muhammad. We have sources suggesting many arguments between her and Muhammad. She had to be one of his least favorite wives. They were always arguing about verses in the Quran and what they would express, not to mention other stuff in the household.

Another big argument was over a really salacious incident. It was Hafsa’s night with Muhammad, Hafsa’s turn, and she found him with another one of the wives, and she was pissed off: “How dare you do this.” Some sources suggest that might have been behind the series of incidents that culminated in the divorce. Later sources seem to suggest that he forgave her because of his close ties with her father, Umar [the second caliph of Arabia].

What do you say to people who believe Islam is fundamentally against women?

That’s one of the reasons I did this research. I take the view of Leila Ahmed, author of Women and Gender in Islam. Theoretically, there’s much in the religion that supports gender equality. Spiritually, if you look at the Quran, it definitely suggests that women and men are equal in the eyes of God, they are created equally, etc. But if you look at the actual history and lived realities of women in majority Muslim cultures and civilizations, it’s been pretty miserable. So there’s a disparity between what’s there in theory and what’s reality.

One way I want to contribute my 2 cents’ worth to empowering women is to say to Muslim women and Muslim men, “Take a look at somebody like Hafsa.”  [I want] to draw attention to early female figures and that they did have agency, they did have contributions, they were thinking, questioning individuals. I think it’d be wonderful if Muslim women reclaimed Hafsa and her authority. The women around Muhammad had a significant contribution to the formation of the religion.

Malaysian Muslim women read the Quran inside a mosque near Kuala Lumpur.

How do you think fundamentalist imams in Saudi Arabia would react to your research?

I think it could be a serious issue. Definitely. I’m suggesting that Muslims take a second look at how the Quran was formed—that alone is [blasphemy to some people]—but it doesn’t have to be. Muhammad can still be looked upon as an individual with a transcendental and prophetic spirit.

A few of these very misguided Muslims will take words from the Quran and interpret them in a very naive way, and cause violence. That alone suggests that Muslims need to be more learned and nuanced about their own text and how it came to exist. Why is it that some of today’s Muslims think that the Quran has to be interpreted only one way? It doesn’t make any sense. If the prophet himself engaged in debate with his wives and other people—it seems to suggest that he was more relaxed and fluid in his thinking about the Quran than today’s Muslims are. That’s crazy.