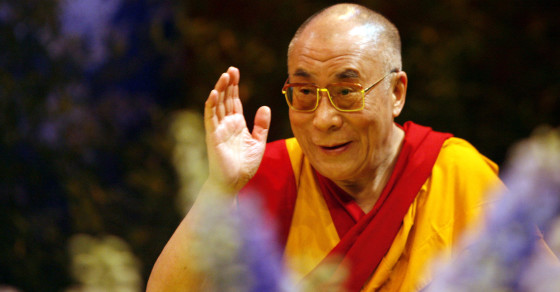 A group of Tibetans claiming that the Dalai Lama seeks to restrict religious freedom protested Thursday morning outside the national prayer breakfast hosted by President Obama. Members of the International Shugden Community gathered in the streets of Washington, D.C., and launched a correlated campaign on Twitter, attempting to highlight the Dalai Lama’s views on a Buddhist deity called Dorje Shugden.

The Dorje Shugden controversy is a minor but long-lived schism within Tibetan Buddhism. Many of these protesters are Tibetan-Americans who claim the Dalai Lama forcefully banned people from making prayers to Dorje Shugden. Protesters in D.C. held signs demanding the Dalai Lama uphold religious freedom.

Members of the International Shugden Community attempted to incite a tweetstorm using the hashtag #DalaiLamaStopLying. They managed to broadcast over 10,000 tweets in just two hours, a large portion of them coming from one user, a monk who teaches pro-Dorje Shugden Buddhism in Washington state. Inside the breakfast, Obama decried those people who sought to “hijack religion.”