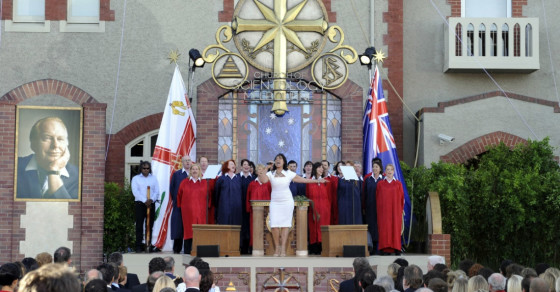 A Rare Peek Into The Church Of Scientology’s Finances

The Church of Scientology has long been shrouded in mystery, but several documents released by its Australia operation provide a glimpse of the secretive religion’s balance sheet.

In 2011, the Church of Scientology in Australia reorganized itself as a type of nonprofit. The change in corporate structure required the church to make its finances available to the Australian Securities and Investments Commission. Now the Australian press has republished the reports—and they’re enlightening. The church brought in a staggering $33.1 million in revenue over the course of 2011 and 2012, but still lost money during those years, according to the financial statements. In 2012, the church lost $169,156, up from $136,375 in 2011.

By far the biggest revenue source was contributions from parishioners, according to the financial statements. The Church of Scientology got $13.1 million from members in 2012, down from $16.2 million in 2011. In 2012, it also took in $3.4 million from book sales. The largest expense for the religion was “volunteer allowances” and “volunteer welfare expenses,” which accounted for $8.2 million in expenditures over the course of 2011 and 2012. The church also spent a whopping $1.4 million in legal fees during the two years.

The publication of the reports comes about a month before the release of HBO’s documentary Going Clear: Scientology and the Prison of Belief. The documentary depicts the church as secretive and vindictive, and has received a great deal of buzz following its Sundance premiere. In response, the church has launched a smear campaign against the ex-members (and other critics) who appear in the film.

The church operates in dozens of countries. Some of them recognize it as a religion, while others (particularly in Europe) regard it as a cult. But with the exception of an investigation by The New York Times in the early ’90s, Scientology’s finances have mostly remained a black hole.