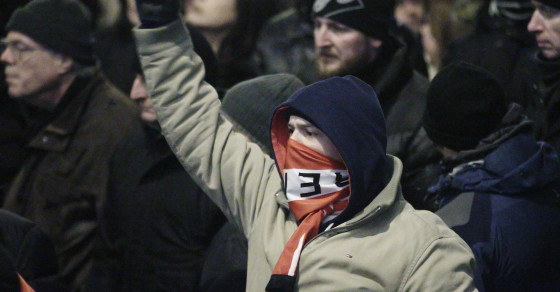 Pegida, the Islamophobic movement that originated in Germany, is quickly spreading across borders. It is now gaining support in other European countries and outside of Europe, too. An interactive map, featuring Pegida events and protests, reveals the increasing geographical diversity of group’s members, who stay connected with local websites, Facebook pages and groups.

Here we mapped some of the most influential Facebook pages connected to Pegida, both official and unofficial. Facebook pages for groups in Germany, the U.K. and Austria have all passed 10,000 likes. Pegida-affiliated Facebook pages are also popping up in Turkey, Australia and the United States. (Some countries have additional Facebook pages for regional Pegida groups, which we didn’t include in the statistics above.)

Out of all the countries we analyzed, Iceland has the highest percentage of people who like the local Pegida page, with 710.21 out of 100,000 people (0.71 percent).