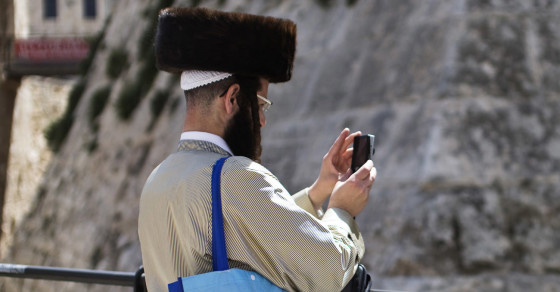 One Town’s Plan to Make Its Internet Kosher 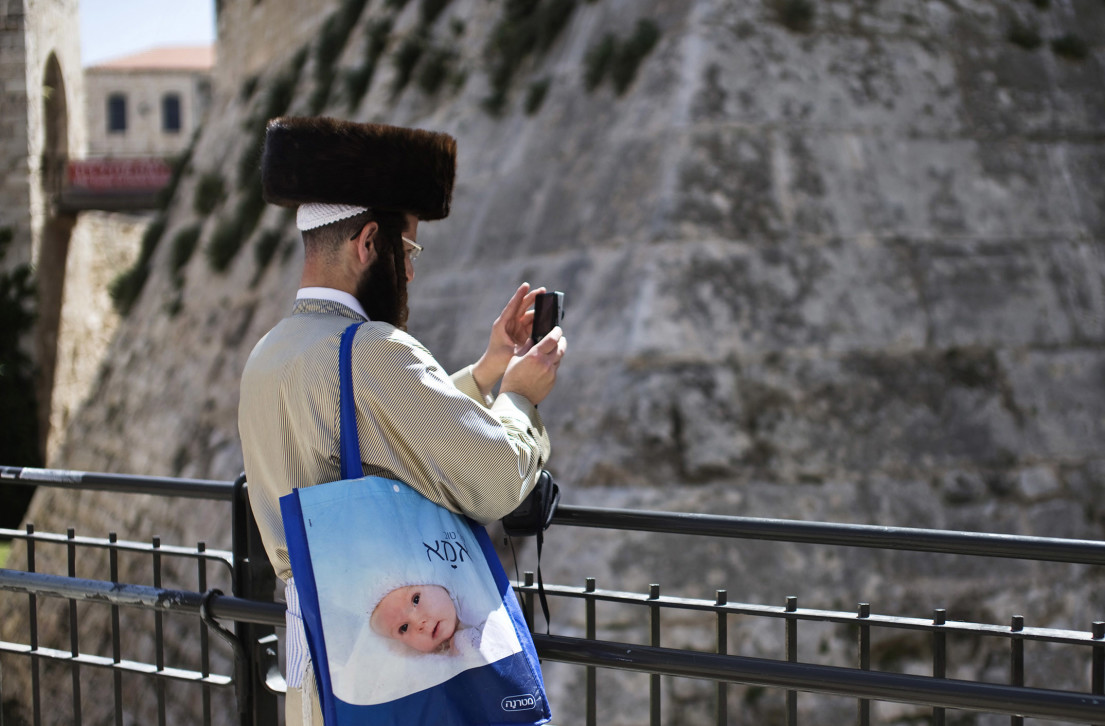 Now some ultra-orthodox rabbis in one town have decided to go a step further to shape their own private Internet. Rabbis in Beit-Shemesh, outside Jerusalem, have created an exclusive new group called Haverim (Friends). In order to join, men will have to prove that their Internet is kosher. The group will publish its membership rolls, and anyone who doesn’t make the cut will be shamed.

Keeping a kosher Internet also means using a special phone with no web access and no camera, and having no profile pages on any social networks. (Rare exceptions are allowed, but the applicant has to bring a letter of approval from his rabbi.)

Translation: "Friends, a historic solution to the harms of the Internet."

To verify that the applicants aren’t lying, the Haverim has hired a firm to do background checks. Applicants have to present credit data and bank statements, which usually detail what kind of Internet or smartphone package they have. The company will also actively search Facebook, Twitter and other social networks to see that no members signed up after being accepted into the group.

Jews that fail to make the cut will be publicly denounced, organizers promise, which is a powerful tool in the Haredi community, as the ultra-religious are known. There is even a suggestion that the kids of failed applicants could be booted out of religious schools (which may not even be legal). “They will be devoid of rights in the community,” the Haverim said last week.

To kickstart their new plan, organizers have gathered letters from more than 50 rabbis in and around Beit-Shemesh calling on their disciples to join the group. “The Internet is big, big trouble,” said Rabbi Yehuda Neuschlass, one of those who signed a letter of support. “I just heard a story about a Jewish father, who met a Goya [non-Jew] on the Internet. He left his wife and six children and is now living with her. It’s very sad.”

Rabbi Neuschlass said he was a child in America when ultra-orthodox rabbis banned televisions in Haredi houses, part of effort to block out signs of modernity. “But with TV it was easy. Just take it out. Now you need the internet for work, to find cheap deals, it’s good for a lot of things. That makes the bad parts of it harder to root out.”

The new project has been announced on billboards in Beit Shemesh over the past month, with signs promising: “The nightmare is about to be over” and “a historic solution to the harms of the Internet.”

About 10 percent of Israel’s population, or 750,000 people, are Haredi. They mostly live in Jerusalem and Bnei-Brak, and some smaller towns, where they tend to live together. Almost half of them have computers at home, according to survey based on Israel’s National Bureau of Statistics. Some 21 percent use them for work, 15 percent for studies and 10 percent for games.

An ultra-Orthodox Jew attends a computer course at a technical college in Jerusalem.

The disruptive power of the Internet is one of the key challenges for ultra-Orthodox Jewish communities in Israel and around the world. But keeping the Internet kosher isn’t the only flashpoint for Haredis. They’ve also been trying to stop women appearing in ads in Jerusalem, and making sure that men sit in front and women in the back on certain bus lines.

Beit-Shemesh has become known in recent years as a center for hard-line ultra-orthodox Jews. In a video that went viral in Israel last year, a car is seen driving around town with its speakers blasting in full volume a recording of boy crying to his father: “Help me, I am burning, I am drowning. …I am burning in the filth of the Internet.”

Beit-Shemesh’s plan was a hot topic of discussion on the many Haredi news websites that have popped up in the last years, as more and more ultra-Orthodox have gone online. Some said the plan is hopeless—or that it’s a plot by the community’s leaders to get people’s credit card statements—but many applauded the move. “Keeping an un-filtered Internet connection these days is a crime,” wrote a user on one Haredi forum, “no less then eating a young goat in it’s mother’s milk.”