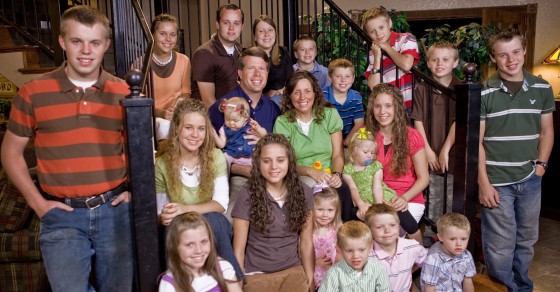 A chorus of evangelicals leapt to the defense of Josh Duggar on Friday following the reality TV star’s revelation that he had sexually abused several underage girls, including some of his own sisters, when he was a teen. At the same time, some of the most prominent Christian news outlets remained silent about the case, with some continuing to feature other Duggar-related material as if his confession never happened.

Duggar, the eldest son of the deeply religious Arkansas clan featured in 19 Kids and Counting, admitted to fondling the breasts and genitals of at least five girls, sometimes as they slept, more than a decade ago. On Thursday, the now 27-year-old husband and father resigned from his position as a lobbyist with the Family Research Council, a conservative group that condemns homosexuality and abortion.

The scandal ignited a firestorm on Facebook and Twitter, with thousands criticizing Josh Duggar and his well-known parents, Jim Bob and Michelle, who had been aware of their son’s actions since 2003. But it didn’t take long for members of the evangelical community to rally to the family’s defense, urging that Christians should instead extend compassion and forgiveness for Duggar’s misdeeds.

This would be the perfect time to show love and compassion to Josh Duggar who, as a teenager, 12 years ago, made some...

Posted by Gaila McCreary Crandall on Friday, May 22, 2015

Evangelicals also cautioned against a rush to judgment, with some arguing that everyone makes mistakes and that cases of child molestation occur frequently.

Others, still, praised Josh Duggar for having the courage to come clean following the initial reports of abuse by In Touch Weekly, which broke the story Thursday.

As the scandal continued to consume social media and spread across much of the secular press on Friday, many popular Christian publications and news outlets had still not reported on the story, including Christianity Today, The Christian News Network and the Christian Broadcast Network, which airs the 700 Club.

Another Christian outlet, The Gospel Herald, featured two Duggar-related on its website on Friday afternoon. One featured advice by Michelle Duggar for expectant mothers. The other discussed Michelle and Jim Bob Duggar’s excitement about becoming grandparents.

Bombshell Duggar police report: Jim Bob Duggar didn’t report son Josh’s alleged sex offenses for more than a year (In Touch Weekly)
Duggars 101: What you need to know (USA Today)
The Web has known about Josh Duggar for years. When did TLC find out? (Gawker)