What Happened When a Pastor Went Cold Turkey on Religion?
By Emily Levy

What Happened When a Pastor Went Cold Turkey on Religion? 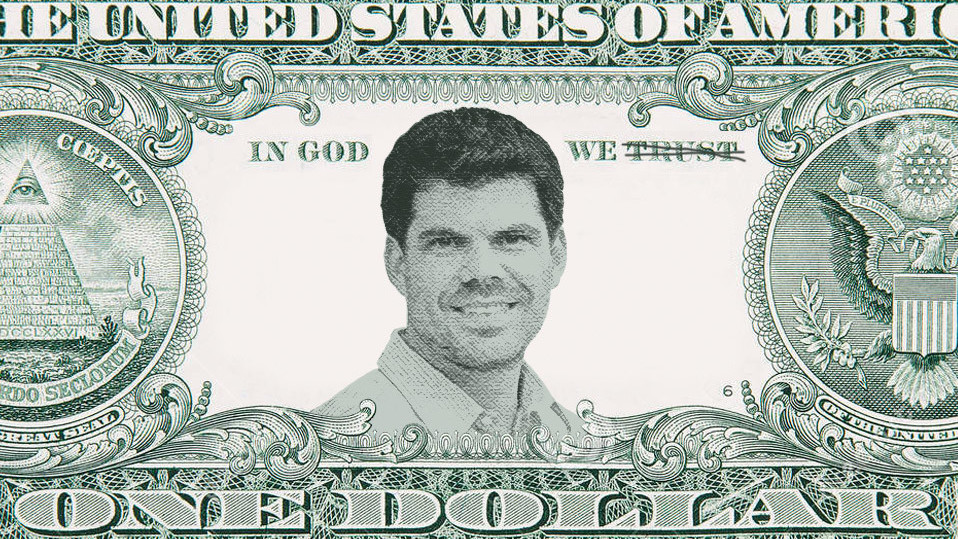 What happens when a pastor devoted to the Methodist church for 36 years gives up on religion to explore the depth and truth of his beliefs (and read Nietzsche)?

He gets fired from all of his religion-related jobs. And then he gets his very own crowdfunding site, launched by an atheist stranger.

Meet Ryan J. Bell, a former senior pastor at the Hollywood Seventh-Day Adventist Church in California who resigned after criticizing the church’s stance on its LGBTQ community in March. Bell decided soon afterward to spend “A Year Without God” in 2014 (according to his blog). For his dalliance with agnosticism, Bell was fired from two other adjunct professor roles at Christian institutions, leaving him without an income. So a bunch of strangers stepped in Sunday to fund the now jobless pastor’s religious searching. Atheist strangers.

“It’s out of the ordinary, but it’s in keeping with the best impulses of humanity,” Bell says. “I’ve been thinking of it like a research grant—like a scholarship.”

The GoFund.Me page, titled “For the Pastor Giving Atheism a Try…,” has already raised over $16,000. That’s $11,000 beyond the initial target. Bell says that’s cause for concern, but it won’t stop him from accepting the cash: “The larger the amounts get, the more the ethical questions loom,” he admits.

The Samaritan behind the site is Hemant Mehta from Naperville, Illinois, a self-proclaimed “friendly atheist” with whom Bell has never actually spoken. A former critic of Bell’s (he has critiqued Bell’s spiritual journey in blog posts), Hemant Mehta launched the project to support the former pastor’s questioning of the church. “I still admire the fact that he’s putting his beliefs under scrutiny,” writes Mehta on the Go Fund Me page. “Places of higher learning—including Christian ones—ought to encourage these sorts of experiments, not run away from them.”

Bell refuses to call himself an atheist—”at least not yet,” he writes in a recent entry on The Huffington Post regarding his giving up on the church. While he plans to read so-called “atheist, ‘sacred’ texts,” such as the work of Hobbes, Spinoza and Nietzsche, Bell adds: “I am not sure what I am. That’s part of what this year is about.”

Bell attributes his diminishing faith in the church to the clergy’s “tunnel-vision approach” to growing church membership—including treating LGBTQ members and women as “second-class” citizens.

“Conservative religion is not about facilitating people’s spiritual journeys,” Bell says. “It’s about people signing up for an already determined destination. For people who are on journeys, there are fewer Christian options.”

The pastor didn’t expect to be fired from either of his teaching roles, maintaining only two weeks of savings according to his blog. Which is why this unexpected Kickstarter will surely come in handy as he explores his new life away from the church. “I’m hoping to be more aware of the immediate nature of the goodness of what we have here in the world,” he says.

Of course, “goodness” doesn’t exactly pay the bills, meaning that the money will also come in handy, practically speaking. Bell’s journey aside, he admits: “I’ve got to find a job.”