Creationism, With a Side of Eye Candy
By Elcin Poyrazlar

Creationism, With a Side of Eye Candy 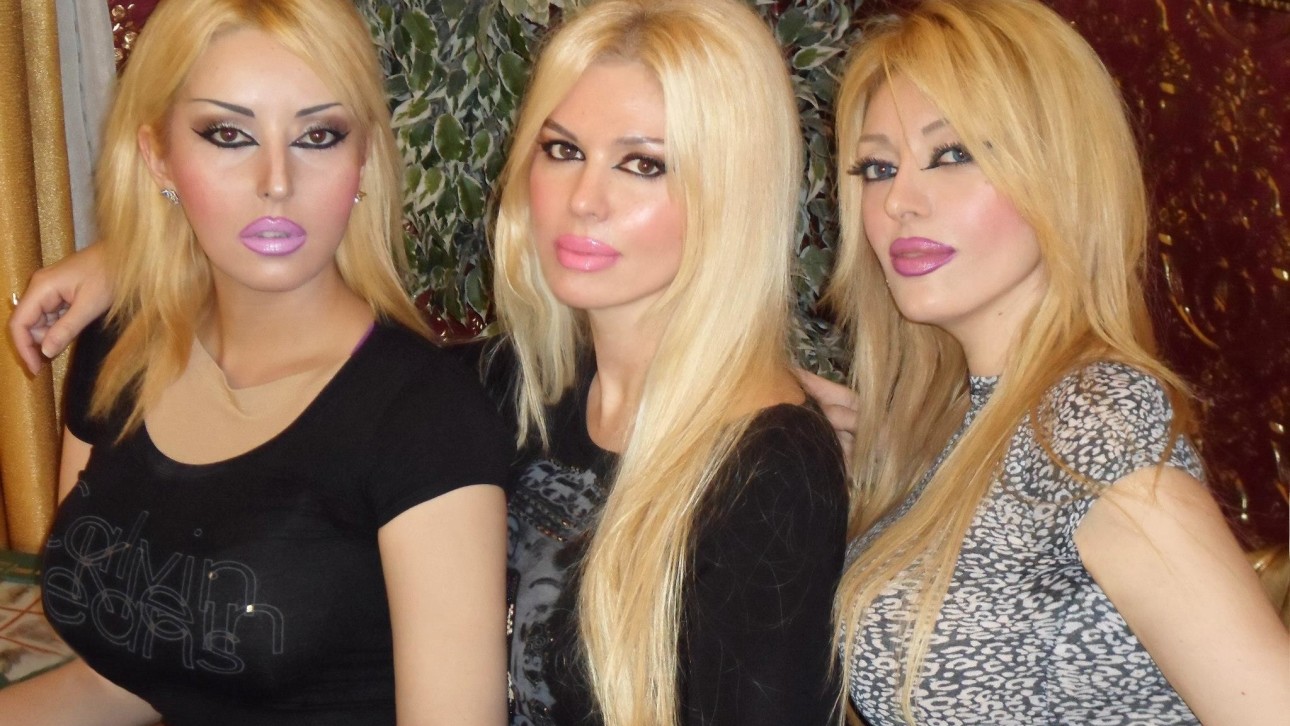 What would you think if a voluptuous, sexy blonde started preaching to you about Islamic values and creationism? You’d probably be dumbfounded, right? But for some people it might very well be the best way to transmit a religious message. Certainly Adnan Oktar, a famous cult leader in Turkey, believes so.

Oktar, also known as Adnan Hoca (Master Adnan), a self-taught preacher and televangelist, peddles his views on his own satellite TV channel, A9, where he broadcasts his religious messages alongside five big-breasted women wearing tight Versace T-shirts and heavy makeup. In an interview in 2008, Oktar said, “I want to resemble the Prophet Solomon.” He added, “His palace was beautiful; there were beautiful people around him. [The] aim of a Muslim should be beauty.”

Do you think creationism is sexy?

On Oktar’s nightly show, he sits around a table with his bombshells and talks about Islam, the Quran, creationism, politics and current social events, along with musings about himself. He calls his female entourage “kittens” and repeatedly asks them what they think of him. An example of the dialogue goes like this: “Do you love me?” Oktar asks. A “kitten” then answers: “I love you so much, my master.” He sometimes brings guests on the show and inquires about their love for him as well.

In a recent interview with a Turkish paper, Oktar’s gals said most of them have university degrees and can speak several languages. They also claim their looks are all-natural—no plastic surgery whatsoever. When asked about their hard-to-miss painted faces, one of them claimed that wearing makeup was part of the Prophet Mohammed’s teachings and that in fact he liked blond women.

Oktar and his kittens are a huge TV phenomenon in Turkey. Some people accuse Oktar of using these girls’ sex appeal to attract wealthy men to finance his cult. Oktar has been secretive about the source of his revenues.

Oktar’s women are also very active users of social media. See below for their Twitter pages:

Oktar has long been a controversial figure in the country. In the 1980s, he started collecting young followers from rich Istanbul families, and he has been compiling a notorious reputation ever since.

In 1986 he spent 10 months in a mental institution—then claimed that he was not ill but rather a political prisoner. He was arrested in 1999 and stayed in jail for nine months, charged with forming a criminal organization, but the charges were later dropped. The Anti-Defamation League labeled Oktar anti-Semitic after he published the not-so-subtly titled book Holocaust Deception in 1996, under his pen name, Harun Yahya. Oktar denied that he wrote the book, claiming a friend did under his pseudonym.

For the last 10 years, he has been waging a war on evolution theory and Darwinism. He is the biggest advocate of Islamic creationism, claiming that Darwin was a liar and evolution is a myth. In order to prove his point, he produced a four-volume, nearly 800-page tome called The Atlas of Creation. Oktar claimed living things are exactly the same today as they were millions of years ago, since God created them. He sent the unsolicited book to universities and research institutes in the United States and Europe. The best part: Oktar never studied biology or zoology. In fact, he is a dropout from The Academy of Fine Arts in Istanbul, where he studied interior design.

Adnan Oktar just might be the world's most interesting creationist.

Litigation is a favorite pastime of Oktar as well. He has an army of lawyers who regularly go after his critics. Oktar temporarily managed to block the access of a number of websites in Turkey, including that of the scientist Richard Dawkins and even WordPress.com.