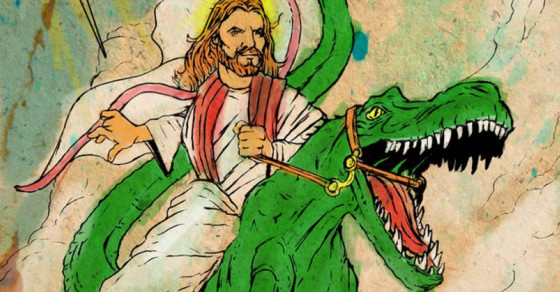 Creationism Bingo! Your Guide to Tonight’s Debate With Bill Nye
By Versha Sharma

Creationism Bingo! Your Guide to Tonight’s Debate With Bill Nye 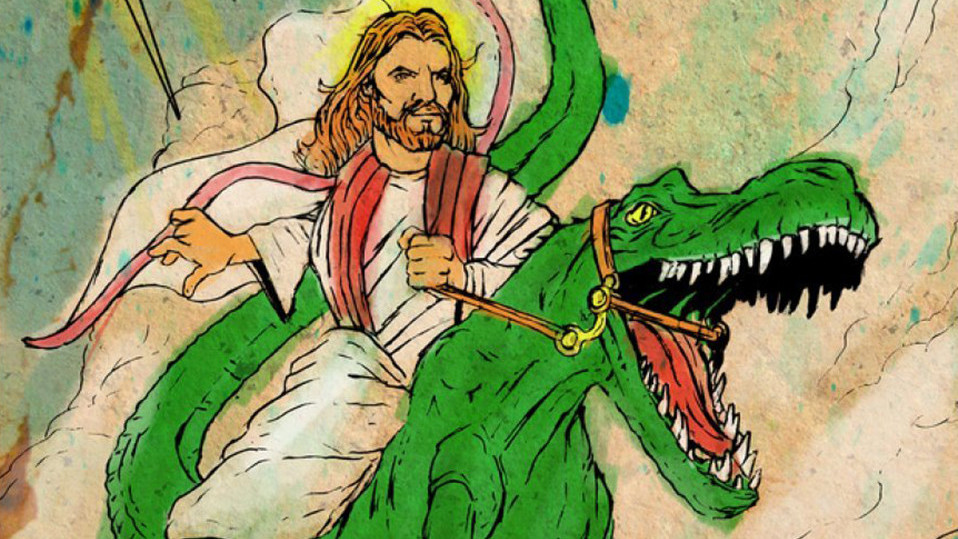 Forget your Super Bowl hangover blues. If Sunday night’s complete domination of the Denver Broncos by the Seattle Seahawks didn’t satisfy your thirst for competition, tonight’s your night. Live from St. Petersburg, Kentucky, Bill Nye the Science Guy will debate the theory of creationism versus evolution with Answers in Genesis CEO Ken Ham.

The debate was announced in early January, and when tickets went on sale for the 900 seats available at the Creation Museum’s Legacy Hall, they sold out within two minutes. Luckily for the rest of us, the debate will be livestreamed online for free tonight at 7 p.m. EST. You can view replays at the same link until noon tomorrow. (Note: You are asked to pray for Ham, Nye, et al in the FAQ of the livestream site.)

Answers in Genesis is the Christian ministry founded by Ham that promotes a literal interpretation of the Book of Genesis and therefore a scientific belief in creationism. The $27 million Creation Museum opened in Kentucky in 2007 and has drawn at least a quarter million visitors each year. The 60,000-square-foot museum also has a petting zoo that features a “zorse” and a “zonkey.” More than 30 percent of Americans reject the idea of evolution, according to the latest Pew Research Center data.

More than 10,000 churches, schools and colleges will host watch parties for tonight’s debate, according to event promoters.

We can’t turn water into wine (who can?), but we can turn a serious event into an excuse for some competitive tippling, so here’s a Creationism Debate Bingo Card that doubles as a drinking game. Evolution activist Zack Kopplin, a sophomore at Rice University who has already made a name for himself fighting creationism in public schools in Louisiana and Texas, helped us put this together. Read Zack’s latest investigative report on Texas public schools teaching creationism here.

We tried hard to get press access to the debate along with Zack, but the event planners said media space was extremely limited. Ken Ham has challenged Zack to a debate before and accused him of brainwashing students.

To play along, check off a box anytime one of the following is mentioned. The Bible-wielding dinosaur on our card comes from the DVD cover of “Dinosaurs, Genesis & The Gospel,” an educational video for children by Ken Ham.

To make it a drinking game:

A little bit of context for the game and background prep before you watch the debate: Many of the phrases are taken from previous speeches and videos from Nye and Ham, as well as what the Creation Museum presents as history.

An oft-cited video from Bill Nye in this debate, “Creationism Is Not Appropriate for Children,” has more than 6 million views on YouTube.

Here’s the Creation Museum’s response, featuring two of their doctors (it has 342,000 views on YouTube):

This could be another shot-worthy bonus: if Ken Ham tries to train audience members and/or any children present to say “Were you there?” in defense of creationism’s teachings about how the world was created.

And then there’s the complete treasure trove of children’s songs and music videos that come from Buddy Davis, a speaker and singer-songwriter for Answers in Genesis. Here’s one such catchy tune:

Buddy's official bio on the Answers in Genesis website says in addition to being a "speaker, author, illustrator, singer/songwriter," he's also a dinosaur sculptor. You can book a Wild Game Dinner with Buddy in which outdoorsmen prepare wild game for a meal and Buddy serenades the group.

Some scientists are less than thrilled that Nye has decided to engage Ham on this topic. Kopplin thinks it’s a good thing: “Nye knows that creationism plays a role in the political discourse, and we must fight back against it.”

Whatever your personal thoughts on the debate or its outcome, Ham and Co. are dedicated to the cause and won’t be shying away from the public spotlight anytime soon. Their next move is to build a real-life replica of Noah’s ark, if they can raise the $60 million needed to make that happen.