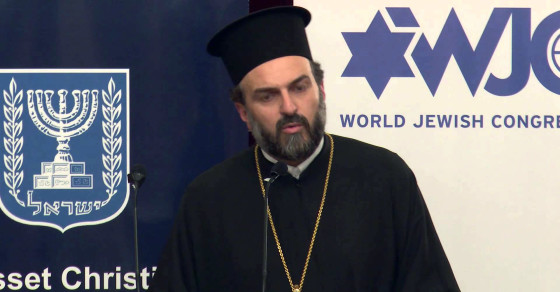 The Most Controversial Priest in Israel
By Assaf Uni

The Most Controversial Priest in Israel 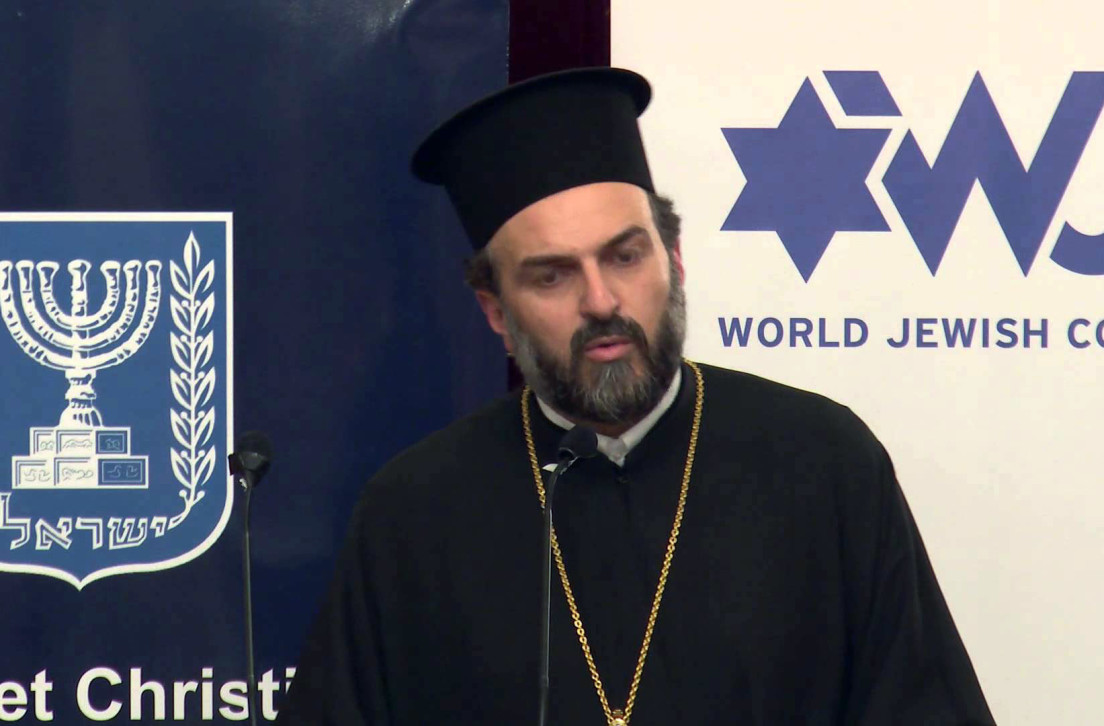 A Christian priest in Israel is at the center of an escalating Facebook battle—complete with death threats—after calling on Christian-Arab teens to start volunteering for the Israeli army.

Father Gabriel Nadaf, a Greek-Orthodox priest from the town of Nazareth, is openly calling on Christians to start doing something they have almost never done: join the IDF (Israeli Defense Forces). Most Arab-Christians, a minority within the Arab minority in Israel, consider themselves Palestinians, and joining the Israeli military is seen as taboo.

Which is why Nadaf and the small group of ex-army Christians around him have been the target of a Facebook campaign by Arab Christians in recent months. Last week, someone posted a wanted sign with Nadaf’s picture on it, offering a reward on his head. It also offers a sum of money for his deputy, who served as an Israeli paratrooper.

The post has been deleted, but there are many others circulating online, including a photo montage showing a Christian cross made from two rifles, along with Nadaf’s picture, titled: “Down With Nadaf the Traitor.” Another meme, in English, says: “Don’t Keep Calm—Arabs Are Serving in the Israeli Army.”

Nadaf’s rejection of a Palestinian identity and embrace of an Israeli one (which includes compulsory army service for most citizens) has made him the darling of the leading right-wing movements in Israel and the ruling Likud Party. There are about 100 Arab Christians in the Israeli army, and Facebook groups supporting his campaign have popped up in every village where a Christian soldier can be found.

Right-wing activists are also Nadaf fans, and many of them have liked his Facebook campaign. He often meets government ministers, and a picture of him shaking hands with Israeli Prime Minister Benjamin Netanyahu, paired with another image of his Photoshopped torso popping out of an IDF tank in the Church of Nativity, has also been published online.

The battle is not confined to the virtual world. Nadaf claims he received death threats, and a report last week suggested he was kicked out of the Greek Orthodox Church and removed from his position in the municipality of Yafia, though Nadaf has denied that. Last month, an Arab-Christian in the town of Lod was placed under house arrest after posting a picture of Nadaf with the words “remember this.” Police saw the post as a direct threat, and took away his laptop and tablet.

Nadaf has responded to the recent wave of online attacks by posting a picture earlier this week of him meeting Israeli Minister for Public Security Yitzhak Aharonovich and promising to “file charges” against Internet inciters.

Facebook in Israel is often used as a platform for racism and calls for violence—from all sides. Posts wishing “Death to Arabs” or the “Destruction of Israel” can easily be found online, usually with the full names of the posters. Some people get hauled in for questioning because of their inflammatory Facebook posts. But the anti-Nadaf movement may be harder to rein in, in part because it takes different forms. Some posts, for example, take a more humorous approach. One Facebook group is called “Nadaf is not representing me—we ask the Israeli government to promote Lieutenant Nadaf for his loyalty. Yes to the democracy.”

When Pope Francis visits the Holy Land this weekend, he will travel with a Jewish Rabbi and a Muslim scholar from his home town of Buenos Aires, trying to send an interfaith message of peace. As the ongoing Facebook battle shows, the complex political situation in the Middle East creates friction not only between religions, but sometimes within them as well.