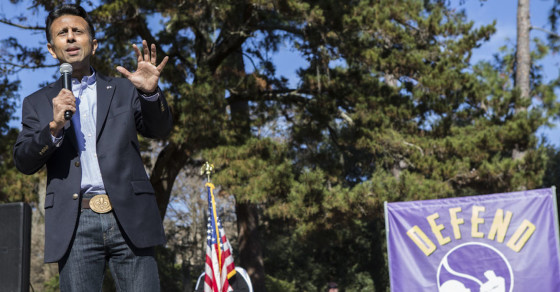 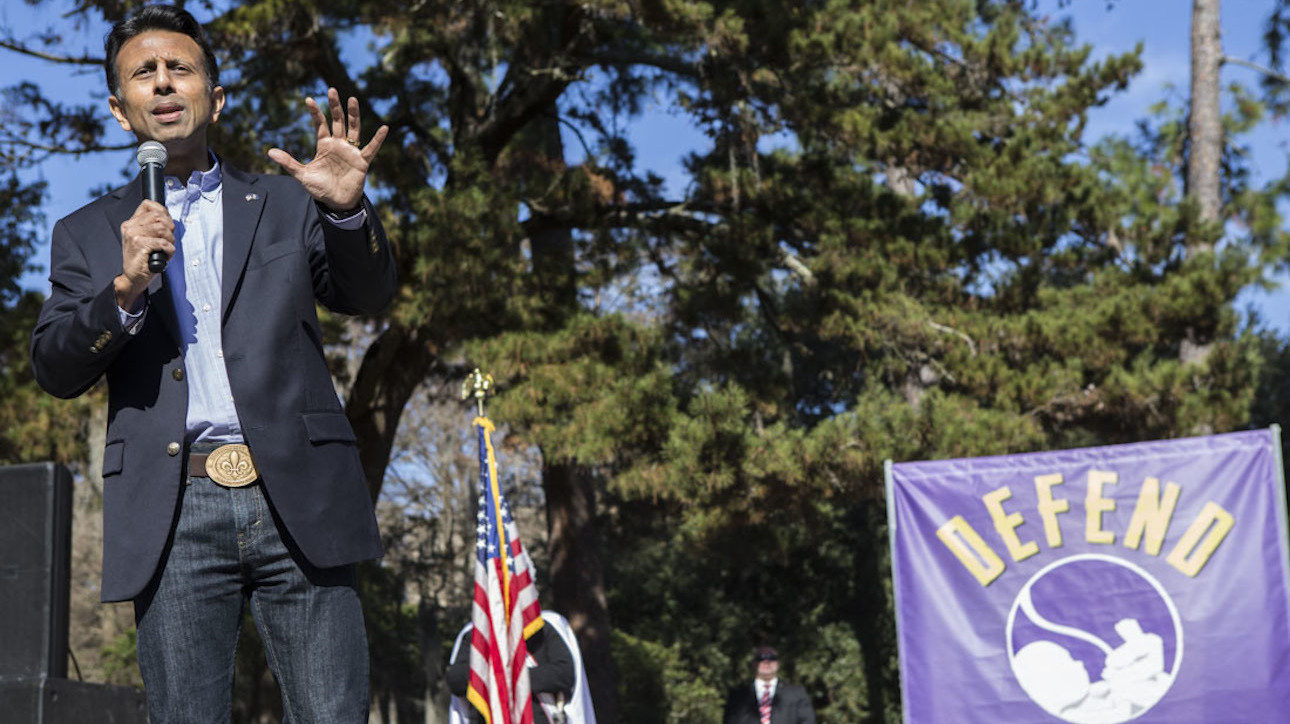 Governor Bobby Jindal’s motorcade roared into the back of an open-air Greek amphitheater a little past 10 a.m. Saturday on the Louisiana State University campus, en route to an event organized by the Louisiana Right to Life Federation. Dressed in a blazer and jeans, complete with an enormous fleur-de-lis belt buckle that read “Governor Bobby Jindal, State of Louisiana,” the 43-year-old Rhodes scholar stepped out of a black SUV and listened as evangelical pastor Jim Garlow introduced him to the raucous crowd of pro-life supporters. “God,” Garlow said, “I don’t believe in cloning, but if I did, could we clone him?”

As a happy coincidence for Jindal, he had just come from headlining “The Response: A Call to Prayer for a Nation in Crisis,” a day-long public prayer rally across campus, hosted by the American Family Association (AFA)—an evangelical organization backed by big money that also happens to be labeled a hate group by the Southern Poverty Law Center.

And despite Jindal drawing criticism this week from his speech in London on European no-go zones for Muslims (and charges of Islamophobia), there was cause for the governor and his crowd to celebrate: Louisiana was recently named the most pro-life state in the country for the sixth straight year.

“That didn’t happen by accident,” Jindal told the crowd of a few hundred. “That happened because you prayed, you worked, you contacted your elected leaders, and as a result, we have overwhelming bipartisan majority that year after year takes a stand protecting innocent life.”

Jindal is expected to announce a run for the 2016 presidency, and while most of his GOP opponents were in Iowa over the weekend, Jindal kept it local: His target is evangelicals, and he was in the middle of that heat map.

Of course, the day also drew protesters, many of whom were appalled that a public university hosted what they saw as a religious and political event filled with hate.

I spoke to both groups about the reasons they showed up, as well as their thoughts on Jindal and his agenda.

Amy K. Nelson is a journalist and photographer based in New Orleans. You can follow her on Twitter.