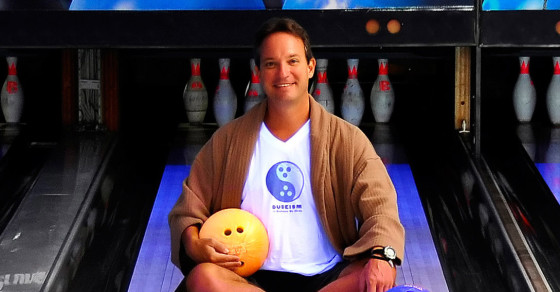 On the Anniversary of “The Big Lebowski,” 12 Questions for the Dudely Lama
By Vocativ Staff

On the Anniversary of “The Big Lebowski,” 12 Questions for the Dudely Lama 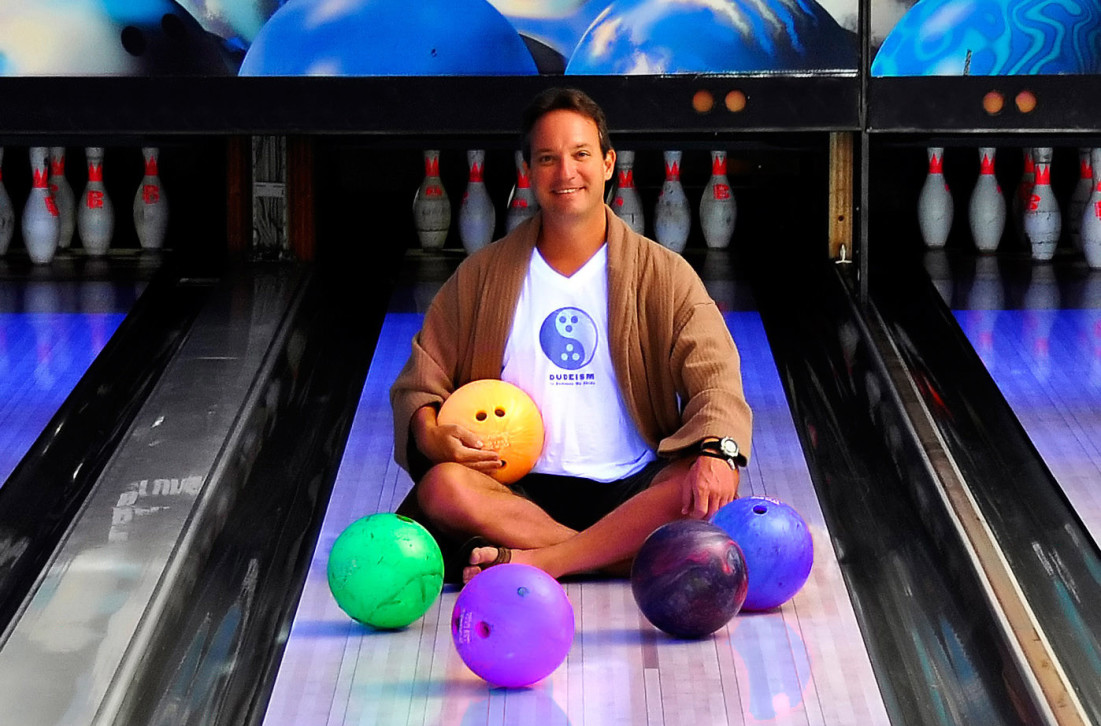 Oliver Benjamin carved out a writing career in Thailand. But these days, the 46-year-old from Southern California is best known as the Dudely Lama, high priest of Dudeism, the offbeat religion he formed that blends Taoism with the fuck-it philosophy espoused by Jeff Bridges’ character in the Coen Brothers’ 1998 film, The Big Lebowski.

Dudeism—or the Church of the Latter-Day Dude—claims 200,000 priests, and is only part of the cult appeal of The Big Lebowski, which flopped at the box office but is celebrated with Lebowski fests around the globe. I spoke to the Dudely Lama as he prepared for the Day of the Dude, an annual event in Bangkok that marks the March 6 anniversary of the film’s release.

How will the dudesphere celebrate?

We celebrate several Dudeist holidays every year—from Take It Easyster to Indudependence Day to Kerabotsmas. But the Day of the Dude is especially “high” because it marks the birth of our sacred text, the film The Big Lebowski. Generally we ask that people observe the day by doing something relaxed and convivial. Most people get together with friends and go bowling or drink White Russians.

Jeff Bridges as the Dude in "The Big Lebowski"

How many times have you watched The Big Lebowski? Is it like the Bible in that you uncover meaning and revelations every time?

Maybe 50. Every time I watch it, I see a new facet in the film that addresses some aspect of humanity and civilization that I had not previously considered. It really is like the Bible or other great works of literature like Moby Dick or Ulysses or Shakespeare in that—in the words of Sam Elliott’s character, the Stranger—“There is no bottom.”

When did you first see the film? What was your initial reaction?

The first time I’d heard of the film was on a boat trip in Laos in 1998 just after the movie was released. It took me a few more viewings before it all snapped into place at a small cafe in Pai, in Northern Thailand, where I had a religious experience after watching the film with friends.

Was forming Dudeism like finding the Mormon tablets, or a burning bush?

It was more like the culmination of a long journey. Perhaps more like Paul being blinded on the Road to Dudemascus. I’d been searching for a framework through which to make sense of life for many years, and pretty much after giving up, I stumbled onto the film and I realized that everything I’d studied (yoga, meditation, mysticism, etc.) made more sense when viewed through the humble frame of reference that is the Dude. The Dude is essentially a Taoist sage. But Taoism is hard to understand because it’s so abstract. The Dude helps people to understand the ineffable aspects of Taoism.

Is Dudeism a religion or just a cult?

A religion is just a cult that caught on. With more than 200,000 ordained Dudeist priests worldwide and a bunch of published literature out there, I think we qualify as a religion. Some people think we should just call ourselves a philosophy instead of a religion, but I disagree. We strive to create communities and develop an all-encompassing worldview.

With so much of the world still split—and often killing one another—along religious lines, do we really need another religion?

Absolutely. Most of the world’s religions were designed for populations living under vastly different conditions than we do now. Consequently they no longer apply or have become perverted by the power structures that grew up around them. Dudeism aims to get back to the original uncompromised first drafts of those religions, and also to adapt them to a modern milieu. Moreover, it provides a refuge from nihilism and the more extreme forms of atheism (which tend to throw the Little Lebowski out with the bathwater when it comes to making sense of the religious impulse).

Why so few female dudes, dude?

That’s certainly something we’re trying to rectify. I think there’s a lot of reasons we’re about 75 percent male. First off the name: Though we emphasize that “Dude” is a non-gender-specific term, still a lot of women assume they’re not invited. Nothing could be further from the truth. We’d love to see more women hanging around in bathrobes and flip-flops, kicking back on the couch with us. But the consumerist juggernaut is so aptly designed to fool women into worrying about their eye shadow shades and designer shoes that they are prone to fear the humble tug of the deeply casual.

Have you had any reaction from the Dude himself?

Bridges commented on Dudeism recently at a book launch for his The Dude and the Zen Master. He said he was “flabbergasted” by Dudeism, but that the Dude [the character he plays] would dig it.

Aside from Jeff Bridges, what famous people do you consider Dudeists?

What do your parents think about this? Other reactions?

Neither of my parents were religious, but I’m probably lucky that my father passed before Dudeism got started. He was a devout Freudian psychiatrist and would probably have had me committed. So far, few people have sent hate mail or complaints. That’s because Dudeism is a profoundly accommodating religion. Not taking religion seriously is one of the secrets of our appeal.

You travel the world in a bathrobe, drinking White Russians and chilling out. Is this the best job in the world?

It’s certainly high in the running for coolest job worldwide. But I think the Dalai Lama has a slightly cooler job than the Dudely Lama. He inspires a lot more people than we do. And he gets to hang out with celebrities.

Where will Dudeism be in five years?

Dudeism isn’t very goal-oriented. One of the definitions of “abide” is to be content and confident wherever you’re at.