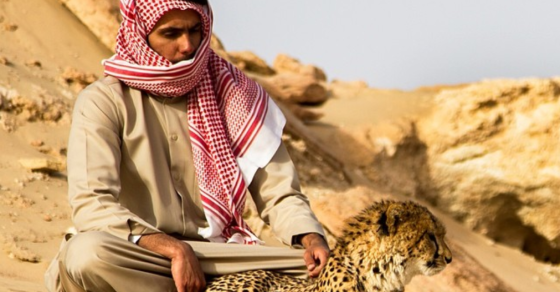 Endangered Cheetah Selfies Are Next Thing to Piss Off the Internet 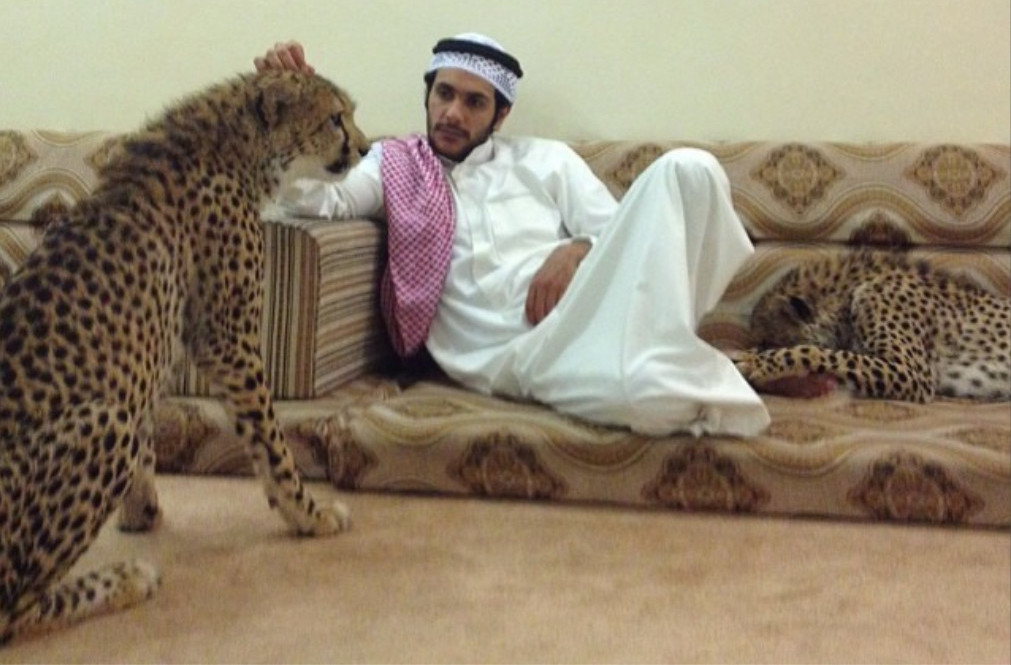 Take a seat, Kendall Jones, animal lovers may have a new hate receptacle in Instagram’s Saudhunter. The Kuwaiti hunter posts pictures of himself with his pet cheetahs and panthers, alongside trophy shots of his many kills. Nice, right?

The self-described “king of the jungle” currently has 276,725 followers, most of whom seem to love his antics, which include driving past antelope and picking them up by their horns before sicking his pet cheetah on them. But increasingly vocal critics say Saudhunter and other cheetah-selfie takers like alfahaad314 are helping to drive the illegal trade in endangered cats.

While keeping cheetahs as pets has long been fashionable among a certain set in the Middle East and Southwest Asia, according to Take Part, there’s been a marked increase in big-cat ownership recently, due in large part to their positioning as status symbols on social media. Costing upwards of $10,000, cheetahs can be difficult to breed in captivity and are often poached from the Horn of Africa. With only 10,000 left in the wild, a report released earlier this month by the Convention on International Trade in Endangered Species suggests that the trend could contribute to the eventual extinction of the legendary feline.

“Hundreds of social media images and videos suggest that private ownership of cheetahs (and other big cats) is popular throughout the Gulf region. In public, cheetahs have been filmed riding as car passengers and being walked on leashes,” it reads. “It is clear that many owners treasure them and aspire to the best of care (even purchasing treadmills to keep them fit). However, generally survivorship of cheetahs kept in inappropriate conditions is low.”

Though he is tightlipped about his ownership of endangered cats, Saudhunter, who has never revealed his true identity publicly, is quick to respond to critics of his hunting hobby. In fact, he sees himself as something of a humanitarian. Often training his big cats to kill, he says he does most of his hunting in the “country” of Africa. There, he claims, he feeds the meat to impoverished families, so vegetarians should just leave him alone.

“In Africa people are dying each day from lack of food, water, and good medical care,” he writes. “God created us and created the animals for the benefits of humans. People eat animals and wear their skin. If you’re a vegetarian it doesn’t make us wrong. If you think that animals have souls and we’re killing them, keep in mind that plants have souls too and you’re killing them to feed yourself.”