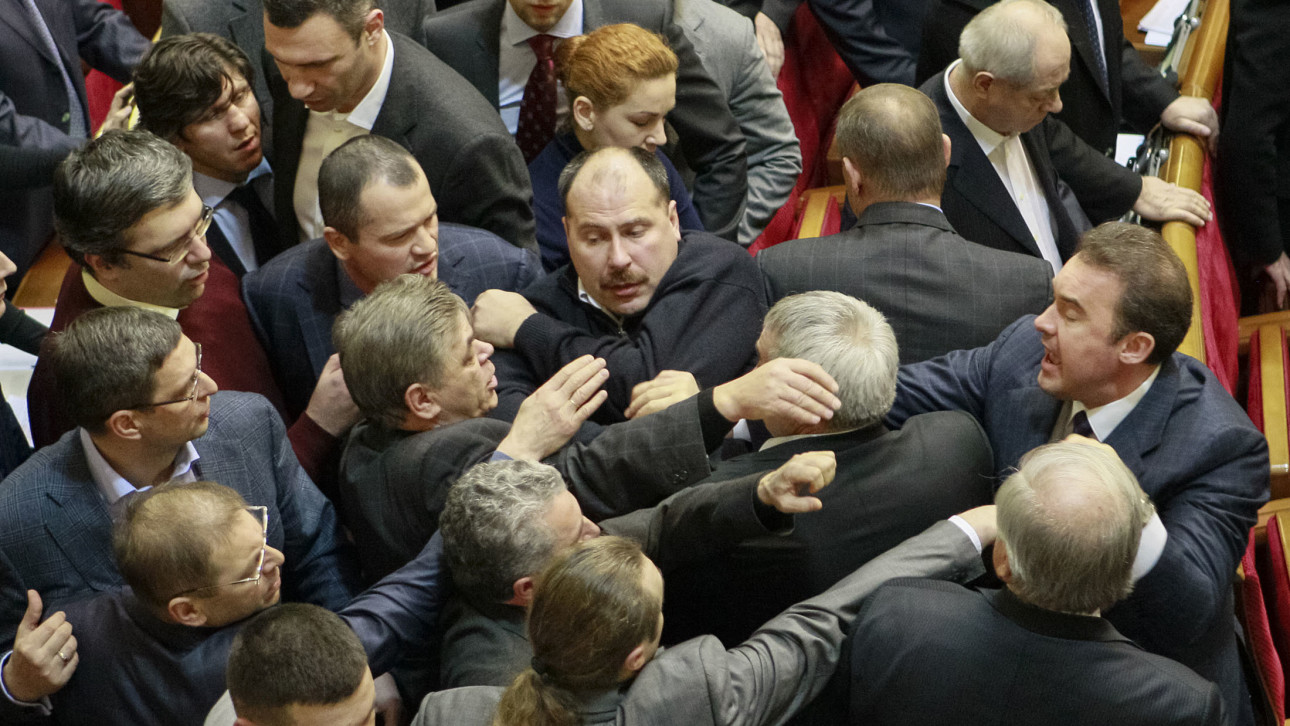 Ukraine’s parliamentary deputies wrapped up the day Thursday not with some far-reaching new legislation to crow about, but with a split lip and a bloody forehead.

Left-leaning deputies, angered by new legislation designed to quell public demonstrations by preventing protesters from putting up stages, tents and amplifiers, went after their political opponents with their fists flying.

Of course, this isn’t the first time that some powerful, white-haired politicos have opted for brawling over speeches. Across the globe, parliamentary deputies and congressional representatives have found themselves in heated scuffles over legislation.

Below, some of the finest punches thrown in hallowed governmental halls over the past few years:

Fernando Rodriguez, an opposition congressman in Bolivia, fights a supporter of President Evo Morales in April 2009.

Italian deputies Claudio Barbato (left) and Fabio Ranieri (right) exchange punches in a parliament building in Rome in October 2011. Their tussle was about pension reform, and it came.

Somali parliament representatives fight in Mogadishu in December 2011 after the majority of MPs (287 of 290) voted to oust Sharif Hassan Sheikh Aden, former speaker of the parliament.

Taiwan’s DPP and the KMT throw objects and water at one another at Taipei’s Legislative Yuan in July 2010 in a battle over a trade pact with China. Two representatives ended up in the hospital.