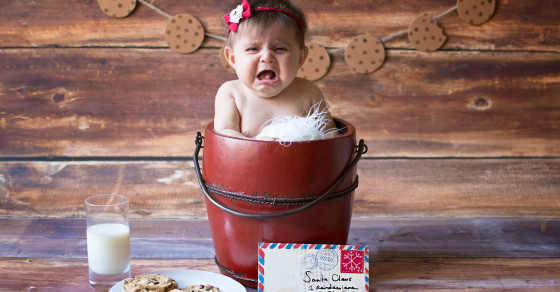 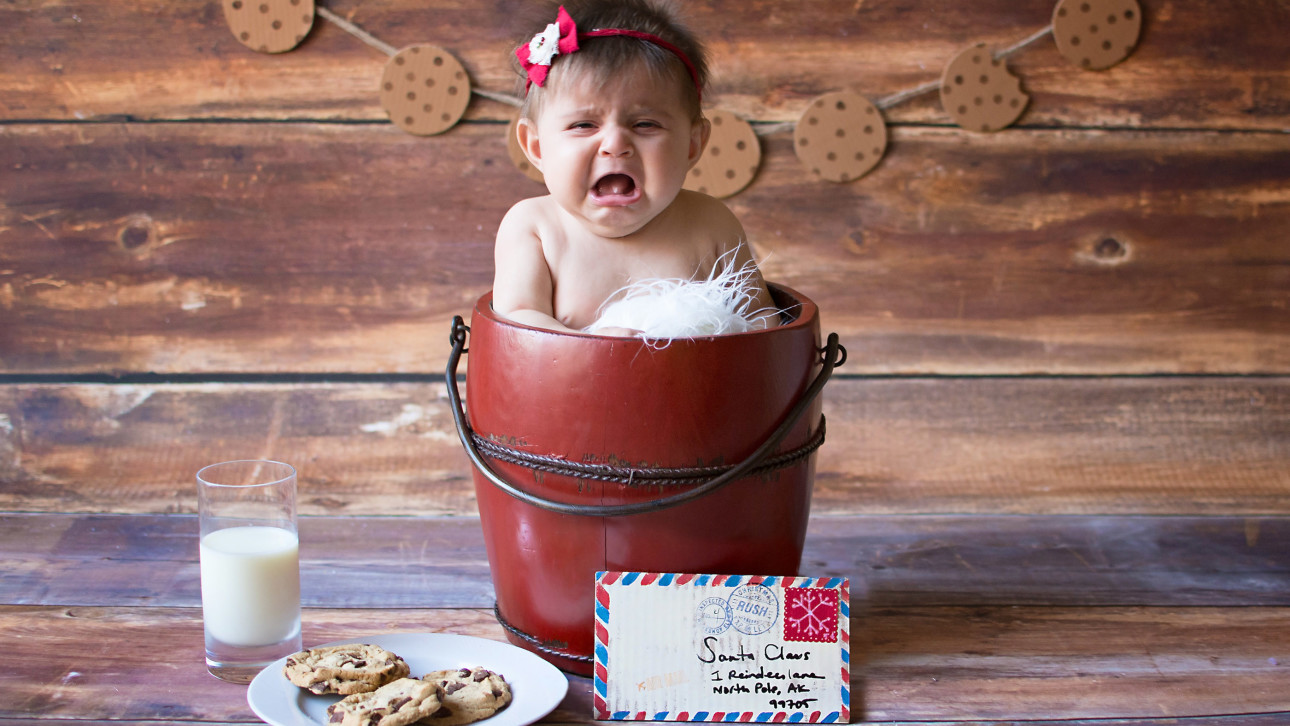 An escalating arms race among parents with too much expendable income has finally driven professional baby photography off a cliff. Caught up in the brain fever of the digital-sharing era, at some point in the last few years, young couples looking to out-cute their peers have helped fuel a creepy cottage industry built around contorting infants into intricate little poses and sticking them into places they don’t belong.

The trend has its origins in the work of photographer Anne Geddes, whose images of infants in bizarre costumes and whimsical settings have been immortalized in millions of calendars and books sold around the world since the late 1990s.

Her acolytes have been multiplying ever since, blurring the line between oddly adorable and weird. Photographers who specialize in highly stylized newborn poses are now ubiquitous. You can find them in every major U.S. city, in all 50 states and at least five continents, according to the Best Newborn Photographers directory. That site’s Facebook page alone, which is a fathomless stream of elaborately staged infant images, has more than 78,000 subscribers.

Parents plunk down as much as $950 to subject their 2-week-old babies to these shoots, which can last several hours. Some pose their infants with booze or guns. Tina Doane of Riverside, California, has earned an enthusiastic following by stuffing newborns into jars of gumballs and other candy dishes.

Doane’s setups have elicited a mix of ridicule, awe and outright anger. “If you stuff your baby in a bowl full of candy corn or Fruit Loops, you’re just weird,” says Laura Neiman, a Denver-area blogger who began tracking the most ridiculous newborn poses she could find online about two years ago.

Kelly Brown, an Australian photographer who offers a 34-video online course to help aspiring newborn portraitists perfect the delicate art of posing, says there’s nothing wrong with seeking that snug fit for infants. “They are designed to fit into those tight spaces,” she explains in one of her online classes. “We want them to look nice and tight. Nice and curly.”

Stuffing a newborn into something is limited by only the parent’s imagination. Some cram their infants into tiny baskets and trash cans. Others prefer mixing bowls, bookcases and mailboxes. 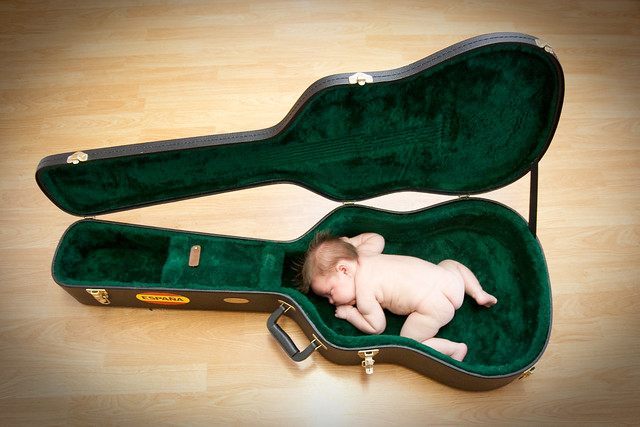 Not all moms and dads pay photographers to wedge their baby into silly objects. Some would rather the little guy be swaddled in cheesecloth and dangled above the ground from a branch. Others choose to hang their baby from a hobo stick held by an older child. And many more prefer the simplicity of a fruit scale.