A Nostalgic Look Through NASA’s History
By Eric Markowitz

A Nostalgic Look Through NASA’s History 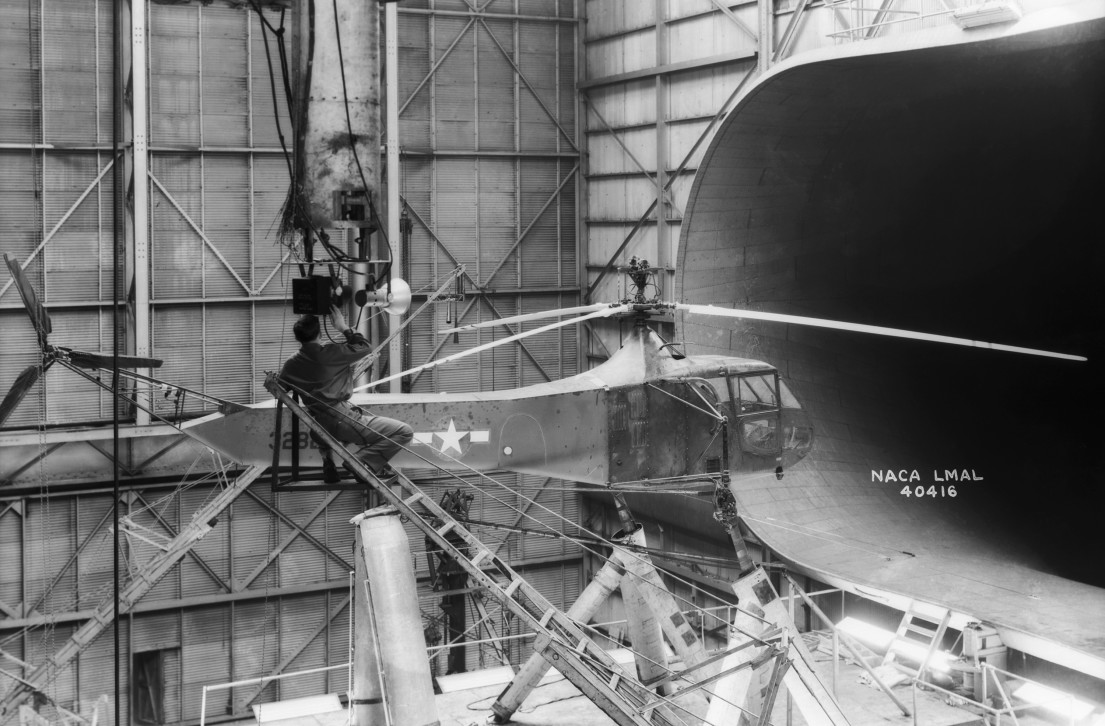 At 1:28 p.m. EST Monday afternoon, a team of mission managers stood around touch-screen panels at NASA’s Cape Canaveral Air Force Station and watched as their newest spacecraft, the 5,400-pound MAVEN, soared above them. Ten months from now—or 400 million miles later—the MAVEN will land on the red planet, where it will “probe mysteries in Mars’ air.”

NASA has had quite a journey of its own. Technically speaking, Congress formed NASA in 1958, but the agency’s origins go all the way back to 1915, when Congress established the National Advisory Committee for Aeronautics, or the not-so-catchy NACA, for short. For the last century, some of the country’s smartest engineers have been testing out new methods of flight.

But clearly not all of them were successful. Some were downright terrible.

Below, a rundown of NASA’s earliest prototypes—as well as the agency’s biggest “what were we thinking” moments:

Onlookers in 1962 watch as the Bell X-14A prepares for a vertical landing. This experimental plane, which was developed in the late 1950s, operated on a vertical takeoff and landing system—the idea being that pilots wouldn’t need much runway. Engines were in fixed positions, but a series of valves and thrusters pushed the plane off the ground. The Bell X-14A was retired in 1981. No one was ever injured, but the scientists determined that the landings caused too much damage to the planes.

This is the Curtiss-Bleecker SX-5-1 Helicopter, a 1930s-era rotary wing aircraft. By 1933, engineers abandoned this project due to “vibrational issues.”

This funky, bug-looking aircraft—a cross between helicopter and plane—was named the Vertol VZ-2 and used a “tilt wing” approach to vertical takeoffs. Its first flight was in 1957, but the program was retired in 1965 because of safety concerns.

This photo, taken in 1944, shows the Sikorsky YR-4B, a three-blade rotor helicopter that rose to prominence during World War II and became the world’s first mass-produced helicopter.

The McCulloch J-2, seen here in 1973, was a “gyroplane”—aka gyrocopter, rotaplane or autogyro. The first McCulloch—actually a revival of a concept first tested by the NACA—took off in 1962 and was powered by three rotor blades that enabled a quick takeoff requiring as little as 25 feet worth of runway.

The Pitcairn PAA-1, another autogyro, was developed in the early 1930s—an experiment by engineers at NACA. And—you guessed it—the Pitcairn was retired only a few years later, in 1935. Apparently, it could hold only about 50 pounds above the crew’s weight.

The Bell XV-15 was one of NASA’s first tiltrotors. It was built in the early 1970s and still exists today in some forms. The military likes them for a few reasons: vertical liftoffs, long-range flight capabilities and the ability to hit a relatively high speed. NASA continued its experiments on the Bell XV-15 until September 2003.