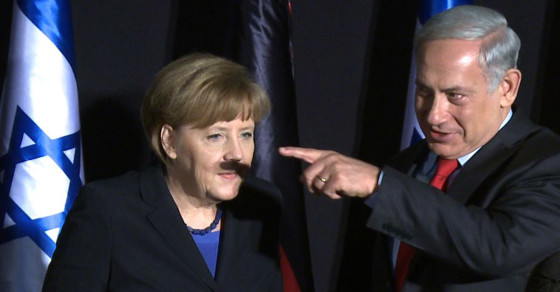 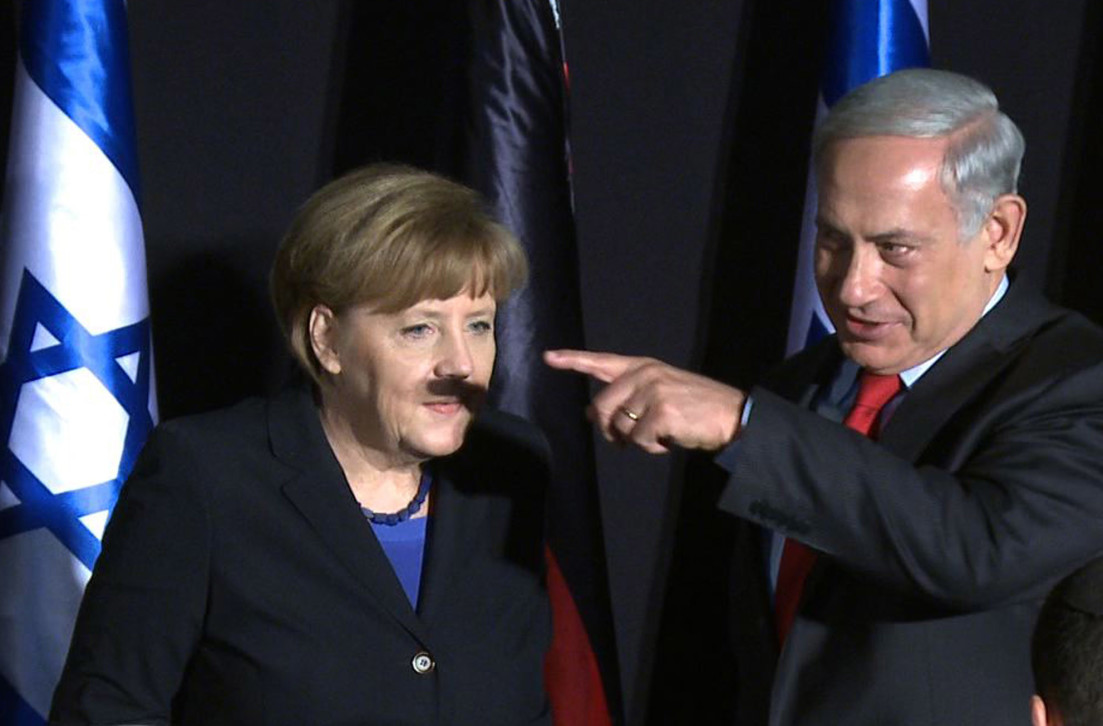 JPost photographer snaps what must be the most inadvertantly hilarious political picture of the decade https://t.co/f8dNzx8v0b 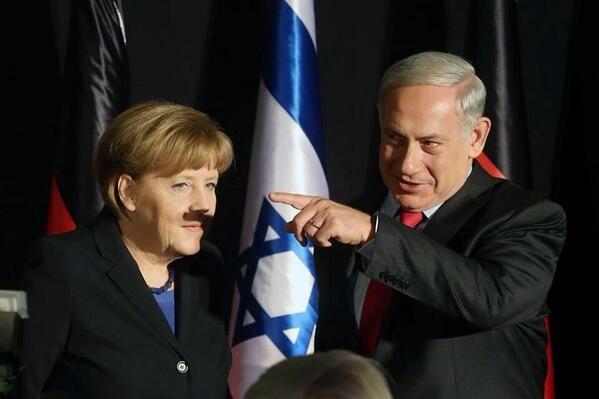 The leaders were holding a press conference in Jerusalem about the current state of affairs between Israelis and Palestinians. Merkel’s visit is aimed at negotiating an agreement, with the United States’ backing, by April. But any actual news coming out of the press conference was quickly overshadowed by journalists having a field day with puns on Twitter about the unintentionally hilarious photo (even the flag placement is perfect!).

Photo of the year. Merkel and Netanyahu https://t.co/HZFWT261Za 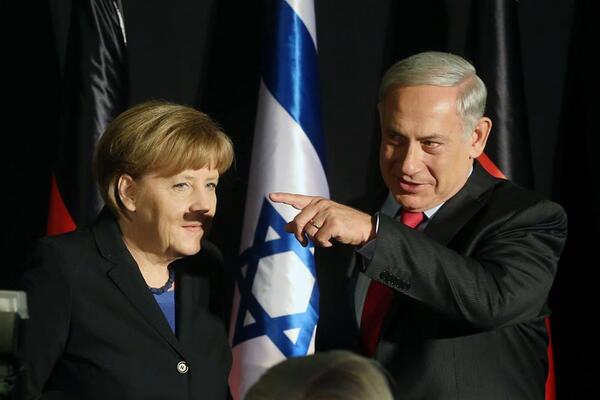 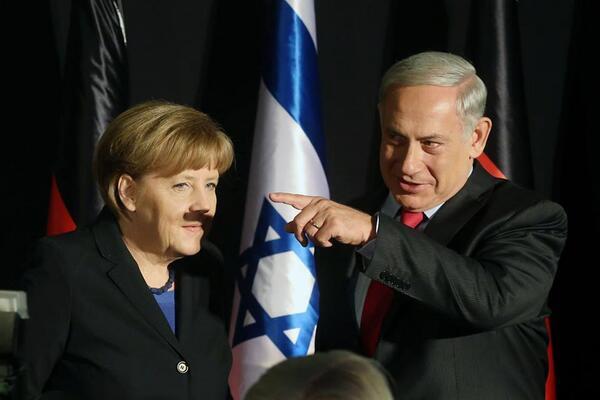 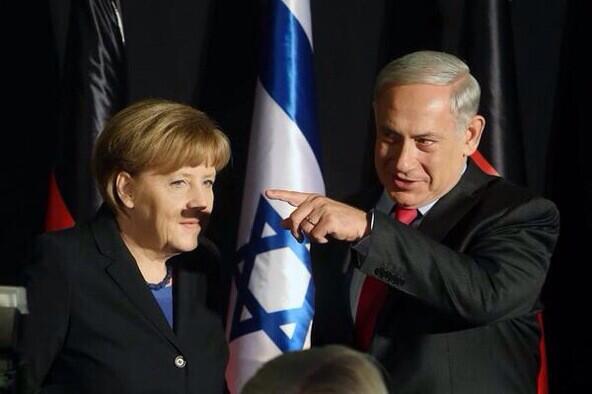 Though not everyone is taking the photo as an accidental, ironic joke.

The Merkel pic is intentional. A photo doesn't just "happen"; someone selects it out of thousands (for what reason?) and publishes it.

An "unintentional" photo by Marc Israel Sellem published in the Jerusalem Post allows us to "innocently" compare Merkel to Hitler.

There’s always a buzzkill somewhere in the crowd. We’re just gonna laugh at this one. But for their part, the Jerusalem Post is not running the photo caused by a lighting accident. One of their staffers tweeted the following:

Just want to clarify that none of the higher-ups at JPost are pushing that picture. It's not on our site and won't be in the newspaper.

@cymruisrael It's a real picture, not photoshopped. Obviously this wasn't Netanyahu's intention.