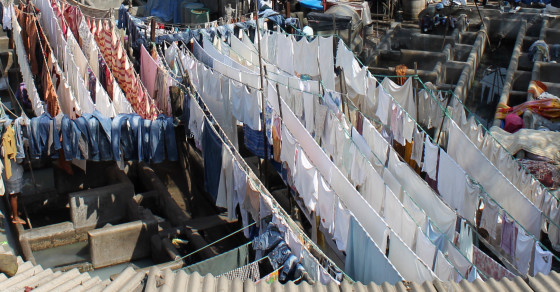 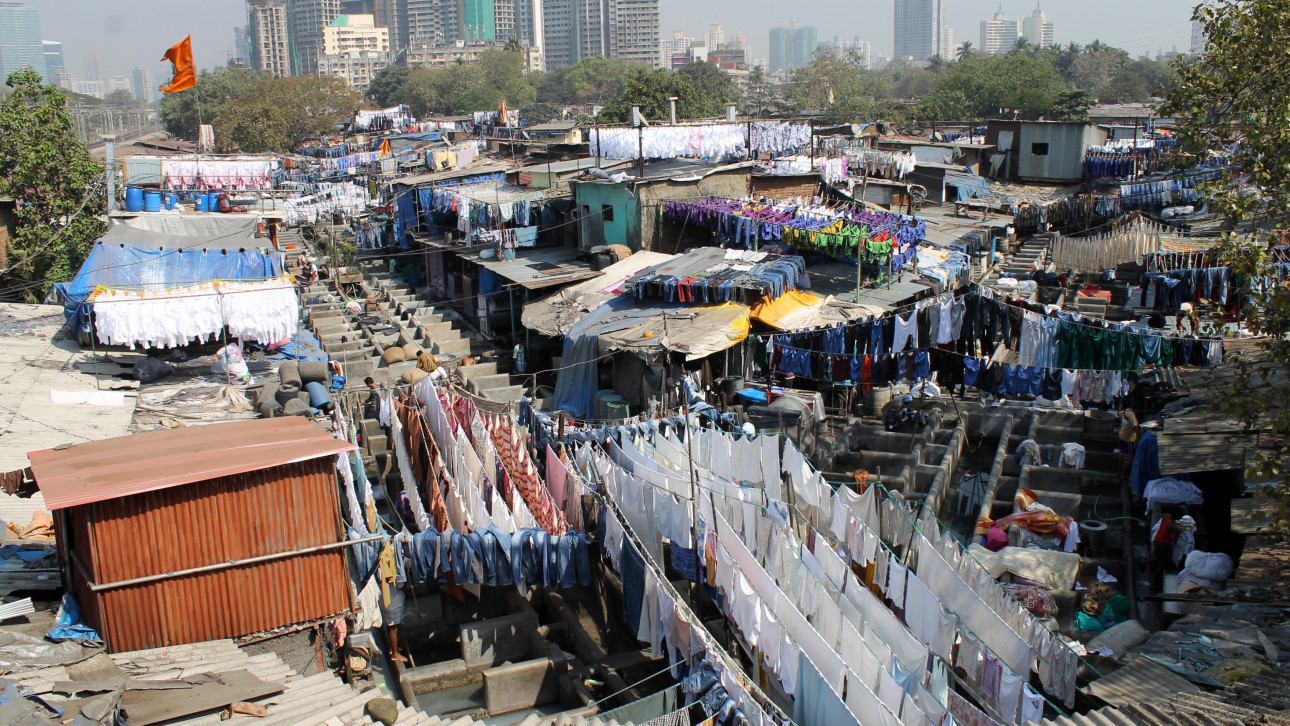 Somewhere in the tangled mess of winding streets that make up India’s largest metropolitan city is a place known as the Mahalaxmi Dhobi Ghat, the largest unmechanized laundry facility and washerman colony in the world.

In traditional Mumbai culture, a dhobi is a laundryman who collects dirty linens from homes and returns them washed and neatly pressed from open-air laundromats known as ghats, a subset of the Indian service industry that traces its roots back hundreds of years.

Today the site doubles as a tourist attraction, drawing thousands every year who come to witness the relentless productivity and cramped living conditions of Mumbai’s human washing machines, the people of the Mahalaxmi Dhobi Ghat.

Founded in 1890, more than 730 dhobis and their families live and work in the laundry colony, washing what they brag to be an average of 1 million articles of clothing per day. The area extends across several city blocks and comprises an interlocking series of winding alleys, workrooms and semi-covered subsections of aluminum siding.

Situated in South Mumbai under the Mahalaxmi Bridge, the site is a working urban slum that services people and businesses across the city. Workers in the area are known as Mumbaikar dhobis.

The Mumbai Municipal Corporation officially owns the land and charges the dhobis for rent and maintenance; they also retain the right to evict locals who are late in their payments with little notice. There are also frequent reports of corrupt collections officers demanding bribes and additional taxes from the workers, who live in fear of being ejected from homes and work stations their families have frequented for decades.

Residents of the Dhobi Ghat live amongst the constantly flowing collection of soiled clothing shipped from most of Mumbai’s major hotels and hospitals. The laundry workers reside in adjacent shanty shacks amidst the ever-present aroma of harsh chemicals and moist air that emanate from the nearby stone wash basins. Drying garments hang from clotheslines strewn across almost every possible inch of the space, blocking out the sun entirely in some areas.

Here, children are born and live amidst the never-ending supply of sullied clothing that makes its way to the cleaning colony every day. Children as young as 10 years old can be seen folding clothes or carefully learning the meticulous, labor-intensive trade of their families. Work in a Dhobi Ghat is generally considered a hereditary occupation, passed down from generation to generation.

On March 8, 2011, the Mahalaxmi Dhobi Ghat was awarded the Guinness World Record for most people simultaneously hand-washing clothes in a single location at once; on that day, 496 workers were recorded laboring in tandem.

Although there are some machines on site to facilitate the work, most of the washing is done by hand in a long series of identical concrete wash basins, each with its own flogging stone. The clothes are soaked in sudsy water, then thrashed repeatedly on the stone before being boiled and hung out to dry. Some workers spend most of their day knee-deep in the scummy water.

Inside a shanty home adjacent to the facility, no larger than a standard prison cell, Ram lives with his wife and four children; they sleep together in the corner on a thin blanket the size of a single bed.

“We work hard, but we still sometimes don’t have enough for the children,” he says. “Our problem here is money. There is never enough.”

He says his 8-year-old eldest daughter will complete a few more years of schooling, then begin working with him in the cleaning facility.

The double-decker slum alleys that radiate from the washing facility house a number of the site’s workers in addition to their families, who live cramped in close quarters. Life in Dhobi Ghat is the product of hard labor that isn’t indentured by definition, but ultimately so, because of a lack of other viable options. For most, life will begin and end behind the walls of the world’s largest washing colony, a life lived amidst soiled clothing and stagnant stone pools of murky water.