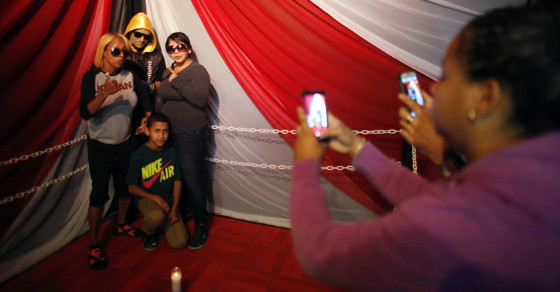 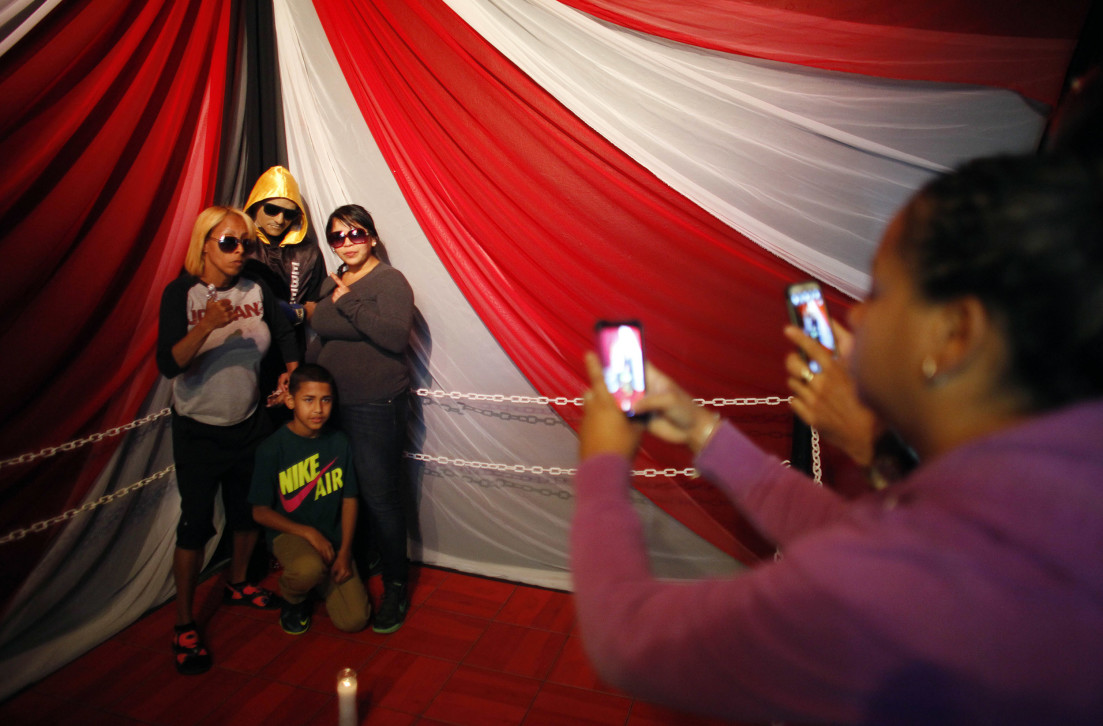 Last week, Georgina Chervony Lloren was dressed up in her wedding gown and helped into her favorite rocking chair to receive visitors. But the 80-year-old Puerto Rican native wasn’t feeling particularly chatty. She had been dead for 24 hours. At her request, she had been propped up so that family members could pay their respects at her wake in a familiar setting.

Lloren's daughter, Miriam, says her mother has very specific requests for her funeral.

The elaborate scene was the handiwork of funeral director Damaris Marin and her team at Marin Funeral Home in San Juan, who have cultivated a reputation for staging highly personal and unusual memorials for their clients.

“We embalm the body and then do whatever people ask us to,” says owner Damaris Marin. “The families come to us with the idea and we tell them if it is possible. It’s usually the family, but sometimes it’s the person who makes the arrangements. They call and tell us how they want to be posed after they die.”

The more words spreads about Marin Funeral Home’s work, the more ambitious the requests from clients. Below, some of their greatest hits.

AP
Boxer Christopher Amaro was shot to death in January of this year. According to his family, he wanted his boxing career acknowledged at his wake. This carefully staged scene was set up in a community center and took the funeral home several hours to create.


Avid biker David Colón made headlines in 2010 when Marin granted his wish to have his beloved Honda motorcycle included in his funeral. The bike was a gift from his uncle and it was reportedly his family’s idea to pose him on top for one final ride


Mercado was a big fan of Che Guevara, and before his death in 2012 he asked to be dressed to resemble his hero at his memorial. The funeral home set up his corpse for temporary display at his favorite spot in a park, where he used to spend much of his time.

PRIMERA HORA
Velázquez, the owner of an ambulance company, died in an undisclosed accident In 2010. Marin says he loved his job so much that he wanted to keep doing it in the afterlife. Family members helped arrange for him to be displayed in one of his fleet’s finest in the company parking lot.

El Nuevo Dia
In 2008, employees at Marin used a special embalming fluid to ensure that Angel Medina’s body would stay standing in his family’s living room for the duration of his three-day wake. He had been found dead under a bridge, and his brother Carlos says he wanted to be an active part of his own funeral. “We use to talk about this stuff,” he said. “He wanted to be happy, standing, ready to party when it was his time.”