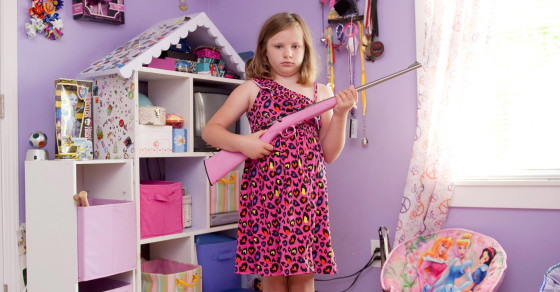 Defending Dollhouses: American Children and Their Guns
By An-Sofie Kesteleyn 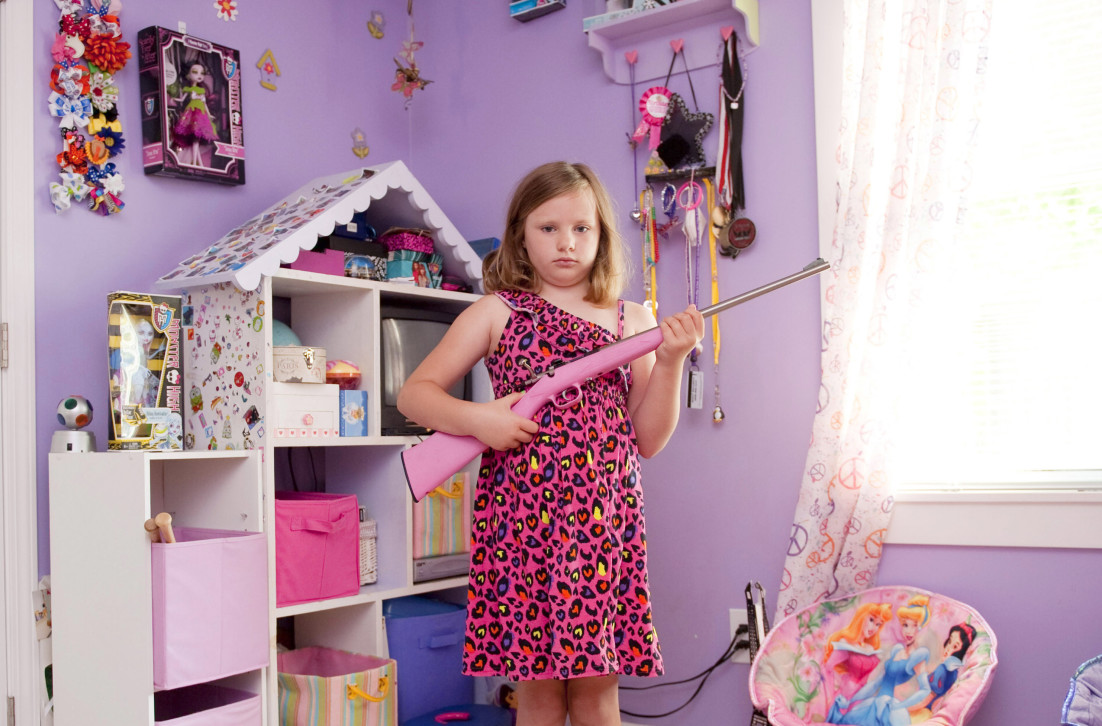 Many people hadn’t heard of “My First Rifle” until April 30, when a 5-year-old boy accidentally shot and killed his 2-year-old sister in their family’s Kentucky home with one of the child-size firearms. He had received the .22-caliber gun as a birthday present the year before.

Called a Crickett, but marketed with the slogan “My First Rifle,” the weapon is becoming popular with American parents who feel safer knowing that their children are able to defend themselves—with deadly force, if necessary—in a country where one third of the population owns at least one gun.

I wanted to capture the kids in their own environment with their Crickett, and to learn what really makes them scared. Are these armed children a symbol of hope for their families, or a just a product of fear? So in June 2013, I took a road trip from Ohio down to Texas, and met several kids with their own rifles at ranges, gun shops and family shooting events along the way. Here are their firearms, and their fears.

Benjamin's fear of bears is a perfectly rational one, but one would hope that he's not the last line of defence against them.

The Crickett is designed especially for kids and weighs next to nothing, so anyone from age 5 to 12 can easily use it. Older shooters actually find the rifle too small to handle.

Were dinosaurs not extinct, an 8-year-old with matching pink rifle and tutu would probably be enough to keep them at bay.

The weapon comes in all different candy-colored variations to suit a child’s personality.

When Tatum's not standing his ground against werewolves, he enjoys jumping on the bed. And ice cream floats.

In the heartland of America, families are teaching kids from a very young age how to shoot guns to protect themselves, their family and their property from potential burglars and any other dangers. The parents I met say they find comfort in knowing that their children have learned how to use a firearm properly, if the time ever comes when they might need it.

No zombie is going to get into Abby's dollhouse, no way, no how.

The gun, to many of the American families I spoke with, represents the ability to protect oneself. They say, if kids can use rifles responsibly, they will be safer in the future. Safer from gun-related accidents, burglars and anything else that might threaten them.

Keystone Sporting Arms, the Pennsylvania-based maker of Crickett rifles, claims that business has been booming since the company’s 1996 inception. Mother Jones reported the day after the April 30 shooting that the Crickett website was down, but now it is up and running once more—ready to help keep America’s worst fears at bay.

Zombie fiction has a lot to answer for, it would appear.

Photographer An-Sofie Kesteleyn created the My First Rifle photo series for the 2013 Joop Swart Masterclass in Amsterdam by World Press Photo Academy. Her work from the project is featured in the book Next #03, published by Schilt.