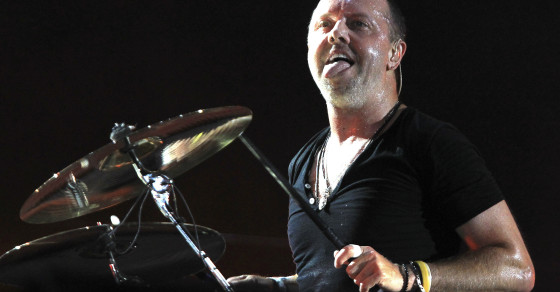 “Thong-Gate” Is The White Dress, Blue Dress Mystery For Metalheads 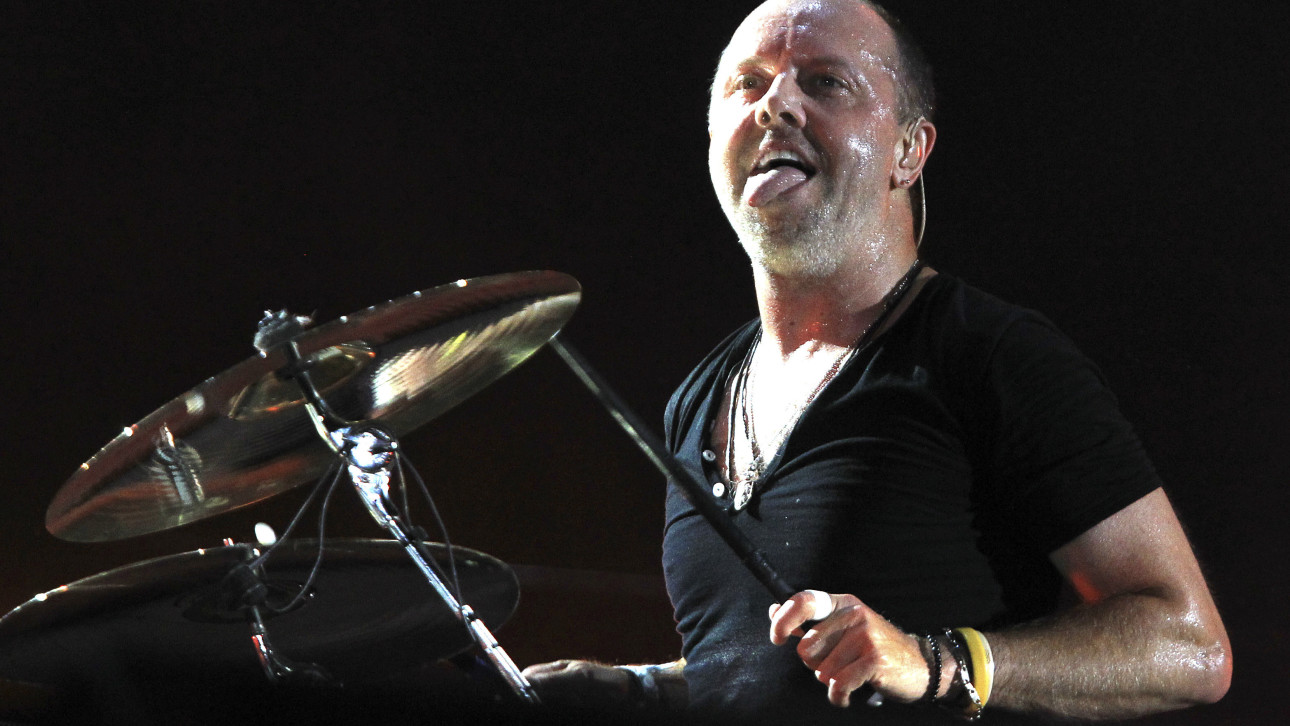 It’s a mystery the Internet was born to solve: was Metallica drummer Lars Ulrich rocking a red thong during a recent performance?

An image started to make the rounds on social media this week that appeared to show the mercurial metalhead—and outspoken Napster opponent—wearing the wispy undergarment while playing at the Rock in Rio USA festival in Las Vegas. But metal fans remain divided and a full-fledged underwear saga has erupted.

In what’s become a headbanger’s version of the white dress, blue dress debate, two of the Internet’s most influential metal blogs are now tackling “Thong-Gate” head-on. Metalsucks circulated the image on its site with the headline “Metallica’s Lars Ulrich Wears A Thong.”  Later, Metal Injection responded with a detailed analysis of the picture, concluding that Ulrich’s thong was nothing more than a shadow:

1. You can clearly see a grade in opacity as the shadow fades, something that clearly doesn’t happen with material since it’s not light. The shadow also goes past his skin onto his jeans.

2. Unless he is wearing undies where the elastic band is so old and loose that it no longer holds a proper shape, this is shadow. Lars wears designer jeans to play in, you think he’s going to skimp on the undies?

3. The shadow from his left arm onto his leg follows the same exact direction as the shadow in question. It’s from the same light source in the south east corner of the stage.

The simmering feud eventually drew Ulrich into the controversy, with a representative for the drummer telling TMZ that the “thong” was really just a “butt shadow.”

Still, speculation abounds. And we’re determined to get to the bottom of this with the help from Vocativ’s readers. Is it a thong? Is it not a thong? Is it Shawn Fanning’s revenge? Send your theories to [email protected]