This Dutch Inventor Makes Music With His Body
By Eric Markowitz

This Dutch Inventor Makes Music With His Body 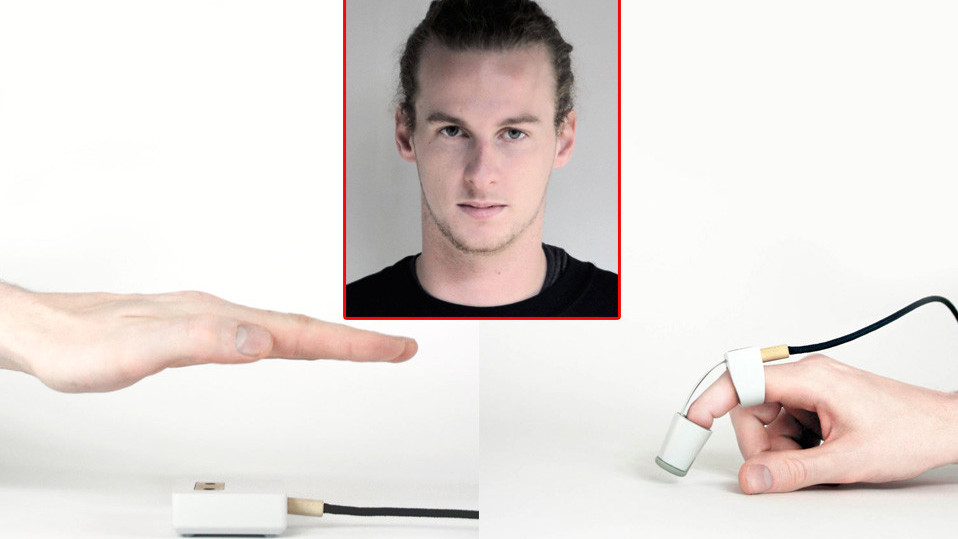 What if your heartbeat provided the drumbeat to a song? And what if waving your arm created the melody?

That’s the idea behind Pieter-Jan Pieters’ most recent design project, Sound on Intuition. The idea is to commercialize a set of new instruments that don’t require any traditional training. Rather, music is created purely from the motion of your body.

“I always describe it like, you have music and people dance,” Pieters tells me over Skype from his studio in Eindhoven, Netherlands. “And now you can dance first and the music comes after.”

Pieters—who calls himself everything from DJ to designer to inventor—is working on commercializing the kits and plans to have a beta version ready for pre-sale this December through his studio, OWOW. The idea is to attract amateur musicians, artists and really anyone who is intrigued by the idea of making music in a totally new way.

Below, an edited transcript of our conversation.

This is really cool, but I’m curious how it actually works.

For example, the finger piece: You put it on your finger, and what happens is, on the tip is a sensor that every time you tap it, it sends a signal to the computer. You can program any sound on that signal. And the strip, it measures the bend of your finger. It’s like a knob—the more you bend it, the more the knob turns. You can map everything you want. It can be the volume, or it can be an effect. You can tweak the signal, and you can change it while you’re playing. If I do a performance, I have the on-and-off button for effects. I change the sound as I’m playing.


Where do you get the materials to make this?

We build them from scratch. The only things that actually exist are the sensors that can translate motion into the sound. Most of the time, these sensors were used for other purposes.

Well, for the scanner, it was a color difference sensor. They use that sensor in a lot of different machines—it’s for scanning tickets or noticing discrepancies in materials. They use it for industrial purposes. The one that measures distances—they use that one in car parking systems, or surveying for construction. They build it for that reason, but we find it. They all work differently, but basically they translate movement into a code. That code can produce any sound you want—it’s a MIDI controller. All the sensors that are in there already exist, I just found them. I’m not an electronics guy.

Cool. And what about the pen and scanner?

It’s just a pen. You can draw lines or dots. You can program the sensor to read them as notes or as chords, or as whatever you want. It plays real time as you go over it. It’s never perfect. It will never play exactly how you want it, but it’s fun.

I know you plan to eventually sell these to consumers. What’s the launch strategy?

By the end of December, we hope to get the beta ready. Then we plan to send it to a bunch of artists, so we can get their feedback. We’re sending it to a variety of people. Some do classical compositions, some do electronic music. Some people have never made music. We want to build something that’s smart, but dumb enough to make it appealing to creatives.

What do you mean by “dumb enough?”

A lot of technology is getting really smart, but you lose the creativity of making something fresh because it becomes too difficult to use.

Where did you get the initial idea for this project?

I like music and I like design. They always told me you have to choose between music and design. I play music, but I can’t read notes. So I made music instruments where you don’t need to read notes.

So you went to design school?

Yeah. I graduated two years ago from the design academy in Eindhoven. Sound on Intuition project was my graduation project. The idea was to make your body unconsciously make music. When you listen to loud music, your heart begins to match the tempo of the music. So the idea was, “What if you could match the tempo of the music to the sound of every heartbeat so that your body will speak in a musical way?”


What do your friends think?

My family thought it was a bit silly and crazy. But they saw how much people liked it, and they support me. A lot of people are like, “Oh, it’s just a finger, or it’s just scanning a note, or it’s just a movement.” But the same could be said, like, “It’s only a guitar, it’s only a drum, only a violin.” It’s just more abstract.

Do you think this project can, in some small way, change people’s notions of how music can be made?

I always describe it like, you have music and people dance. And now you can dance first and the music comes after.

Yeah. It’s like a waving motion creates a waving sound. And tapping of the fingers is everybody tapping to get a rhythm. It’s trying to get all of these instruments out of the most effective movements that people make. We have one that is a rough prototype where you put it on everyone’s chin, and as they nod, you get a beat by everyone nodding together. We’re just trying to make instruments that any person could actually use.