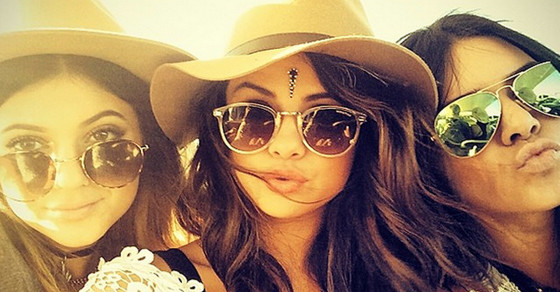 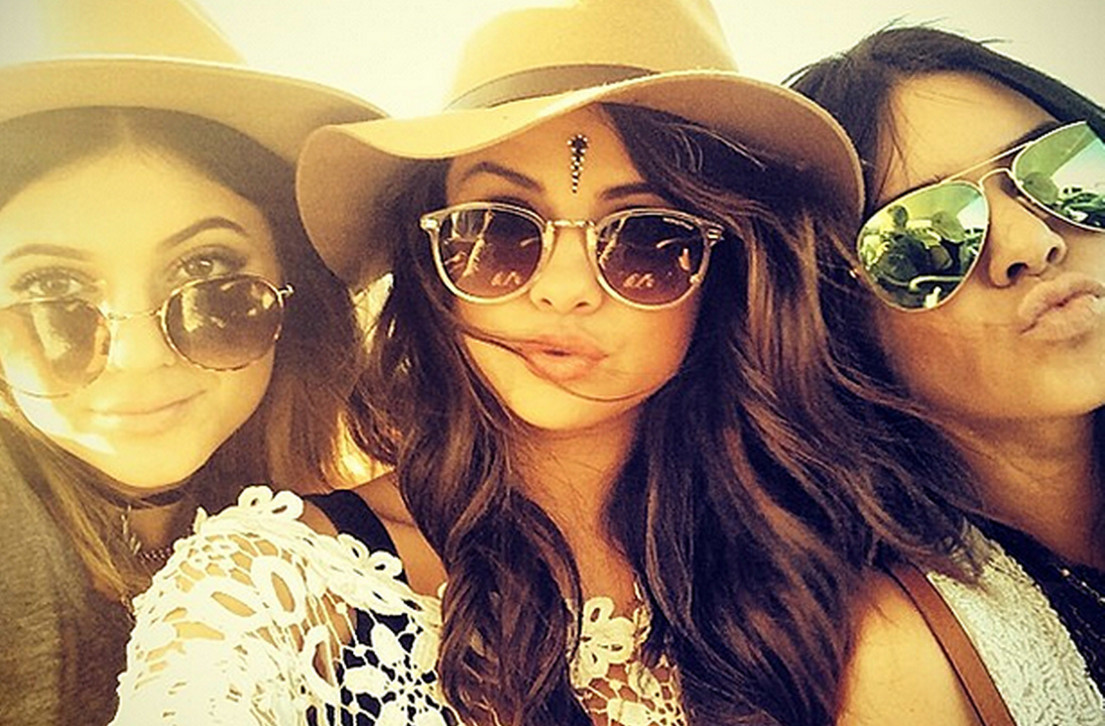 Soon after actress Selena Gomez descended on Indio’s Empire Polo Club last weekend, she posted an Instagram of her Coachella attire: a white lace top, sunhat, oversize sunglasses and, in the center of her forehead, a bindi. She wasn’t alone.

Kendall Jenner, Sarah Hyland and Vanessa Hudgens—like some sort of uniformed Disney sports team—also wore bindis to the California desert shows. But make no mistake: These girls are hardly fashion front-runners. In fact, it wasn’t even the second time the decorations, Hindu symbols representing a third eye, have appeared at a music festival, where trends are easily cultivated or cast away. So why now? Who decided it was a good idea and ran with it? Or as CBC’s Lauren O’Neil put it: “Are decorative bindis going to be a thing now?”

Despite the fact that LA Magazine spotlighted the bindi last year as some sort of fresh arrival to the Coachella stage—”a new accessory is having its moment in the Indio sun”—the bindi became a cool-girl festival must-have back in 2012, according to Twitter. Hudgens, now a repeat offender, created bindi-Coachella buzz in April of that year by rocking a culturally ignorant mashup of bindi, headdress and warpaint: 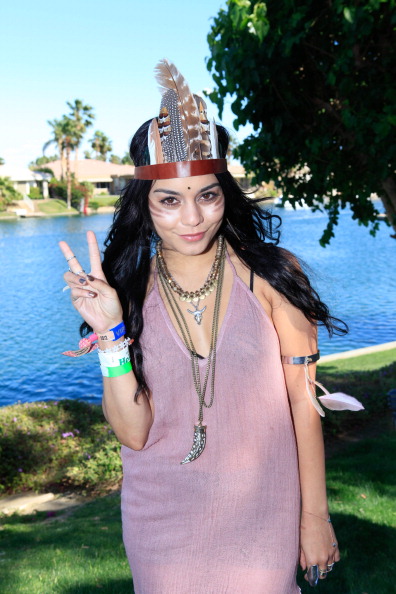 Oh you wear high waisted shorts and put a "bindi" and go to a music festival? You're cool.

The bindi as decorative attire for white chicks is derivative of a niche trend in Hollywood, where there’s certainly solid precedent for it on- and off-stage. Celebrities like Gwen Stefani and Jessica Simpson have shamelessly worn them since the ’90s, and starlets like Gomez (even away from the Indio spotlight) have continued to cultivate them as some sort of mini trend. The Disney graduate sported one at last year’s MTV Movie Awards—sparking serious backlash from the national Hindu community—and again at a pre-Grammy’s party in January. (We reached out to Gomez’s rep with questions about the star’s frequent wearing of the bindi. We have yet to receive a response.)

In that way, 2014 is no different from years past; folks are still derisive of young starlets and their sartorial choices. However, it also appears to be the year everyone wants to actually discuss the implications of bindi as costume. Sure, maybe that’s because in the last two years everyone was too busy talking about the folks who wore Native American headdresses as Coachella staples. Or possibly there’s some indication that casual bindi wearing might actually catch on in the mainstream, not just in Hollywood.

Case in point: Stores could be looking to commodify the trend this year. There are many unfunny jokes floating around about Urban Outfitters peddling low-cost bindis alongside flower headbands to festi-girls everywhere. And, in some sort of Internet meme gone wrong, one shop already marketed “festival bindi nail art” in advance of Coachella’s first weekend.

Unsurprisingly, most of the chatter surrounding 2014’s cavalcade of white bindi lovers is negative. When Hudgens posted to Instagram a selfie of her bindi-free forehead (Coachella’s Saturday dust storm left a shadow of dusty bindi residue), the Huffington Post’s Lauren Duca wrote, “This photo should alert us to a variety of issues…but most importantly, the fact that it is super inappropriate to wear religious adornments as festival wear.” And over at the Gloss, Elizabeth Licata put it thusly: “No Fashion Woodstock costume is complete without a little cultural appropriation.”

Making the bindi yet another piece of face jewelry has, for the most part, been perceived as a negative thing since the notion of “cultural appropriation” has been in existence—and it’s existed formally as an anthropological phenomenon since the late 1980s. Many Hindu leaders will be the first to say that wearing the bindi like an earring is insensitive. “[The bindi] is not meant to be thrown around loosely for seductive effects or as a fashion accessory aiming at mercantile greed,” said Hindu statesman Rajan Zed last year.

But there’s at least a handful of South Asian writers who say they don’t have a problem with non-Hindus’ adoption of the bindi—that maybe it’s not even a very good example of cultural appropriation to begin with. “Imitation is the sincerest form of flattery,” wrote the Aerogram’s Preeti Aaroon last year on bindi-wearing and the music scene. “Americans’ adoption of South Asian cultural artifacts shows the successful mainstreaming of immigrant traditions into the United States.”

And in The Huffington Post yesterday, blogger Anjali Joshi argued that many Indian women haven’t “preserved the sanctity and holiness of the bindi,” meaning its value as a cultural symbol has slowly diminished over time. “Most South Asians won’t be able to tell you the religious significance of a bindi,” she wrote. “I will say that I’m glad you find this aspect of my culture beautiful. I do too.”

So mass wearing—and potentially commodification—of the bindi toes a fine line between cultural exploitation and art. Is it cool and pretty, or insensitive? In any case, we’re pretty sure festival-favorite chains like Urban Outfitters and American Apparel also toe that delicate line. (See Urban’s latest collection of since-removed “Ganesh” socks and American Apparel’s recent ad campaign titled “Made in Bangladesh.”) They probably won’t be afraid to profit off the trend, regardless of what it means.

Perhaps, then, the chains will sit tight and see what happens at this weekend’s second round of Coachella. Because nothing screams success quite like good market research.