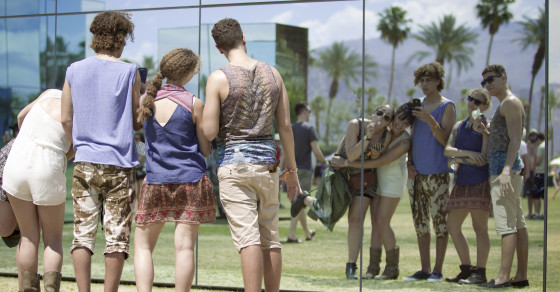 Behold, the Dregs of Coachella
By Emily Levy

Behold, the Dregs of Coachella 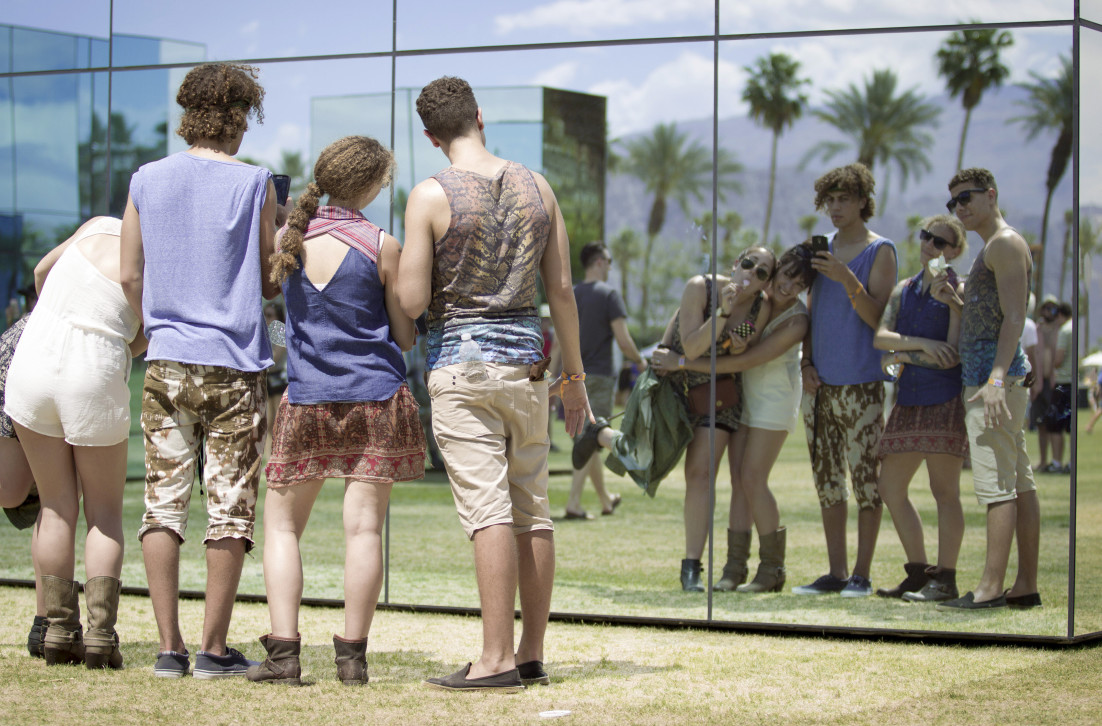 Indio’s Empire Polo Club is known for its radiant heat, statuesque palm trees and manicured lawns. That is, until hundreds of thousands of music enthusiasts trample the grounds over the course of two weekends at Coachella, rendering them a veritable wasteland of strewn fringe, blow-up toys and expensive electronics. Fanny packs, it seems, only go so far, and for so long.

This year’s lost-and-found pile is shaping up to be a treasure trove of hoarder delights, and the very active community on the festival’s official site is already discussing the goods left behind. For all those wondering “how many dumb bitches lost their phones at Coachella,” per one dumb, snarky man’s tweet, look no further than a particular thread on the site, where people are eulogizing their lost cameras, GoPros and music-festival T-shirts. According to the thread, somewhere on the grounds of Indio are a collection of iPod Nanos, a Vicodin prescription lost en route to a Pixies concert, a treasured beanie left in a portable toilet and much, much more.

It remains anyone’s guess why these festivalgoers think they’ll find their lost items via an online forum, which is more a tribute to sweet memories of music and MDMA than a functional, practical exchange of goods. The dialogue on Twitter, where a diverse collection of lost shit is emerging, is a bit more realistic about its intentions—perhaps serving as a modern way of saying, “I came, I saw, I conquered.”

There’s this swarm of IDs, real and fake: 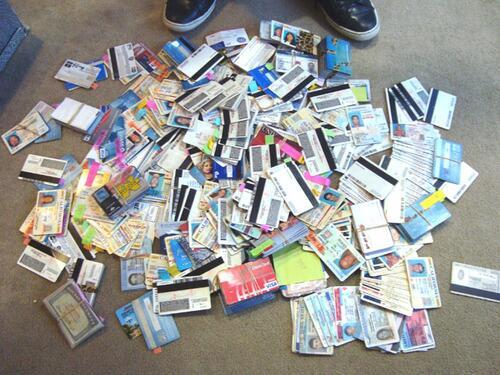 A selection of bags, phones and wallets: 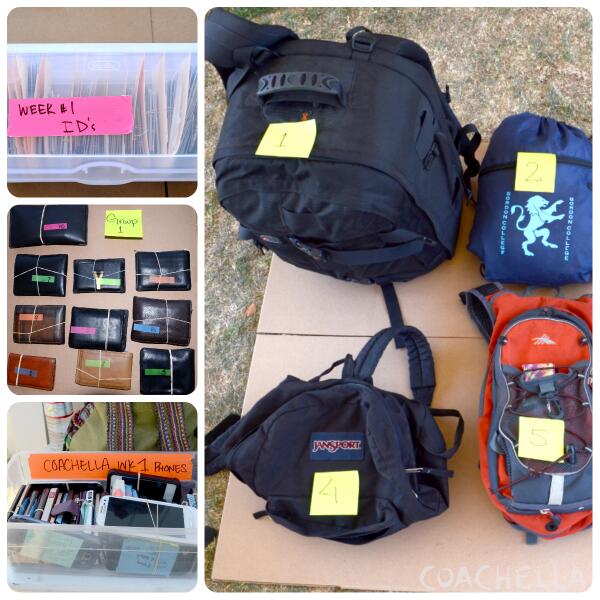 Lost my knuckle ring to the Coachella gods

Of course, Goldenvoice—the company that owns Coachella and its sister music festivals—posts official images of what remains from its Indio concert each year. Last season‘s lost items were overwhelmingly generic: keys, cellphones, sunglasses and purses. “It’s a kind of catalog of casualties to a weekend of hard partying; a rare chance to root around people’s pockets without them knowing,” festival organizers said last year.

But apparently, with the help of social media and marketing execs, many of these items actually get returned. According to Curbed LA, one particular organizer last year “made it her business—like some sort of game—to return backpacks and purses to their rightful owners. She did, in her words, some “detective work.”

New trends will surely diversify Goldenvoice’s collection of leftovers, meaning that the company’s “detectives” will have their hands full parsing this year’s latest strains of unidentifiable clothing, bindis and large nose hoops. At least with the bindis, we hope they don’t try too hard.