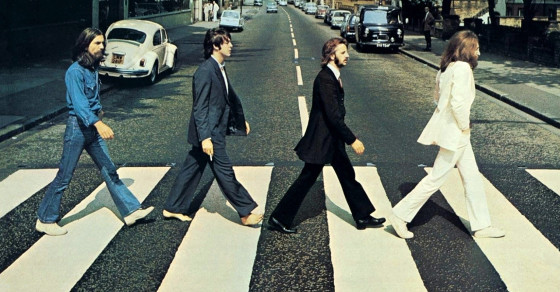 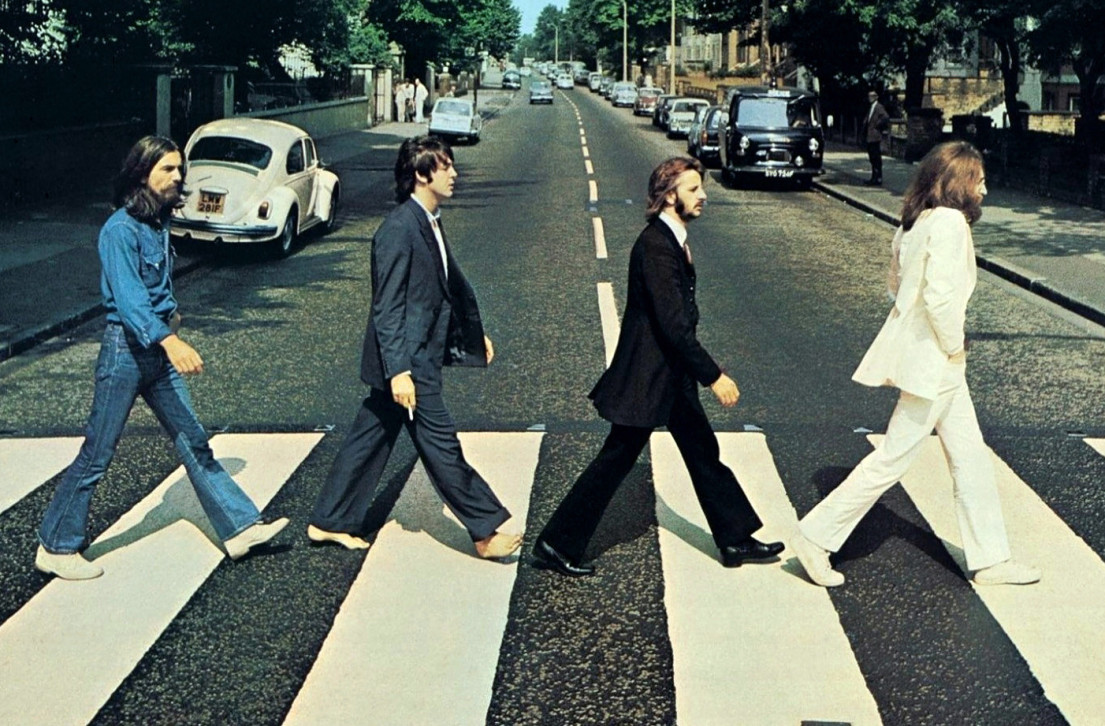 For decades the Abbey Road photo shoot has beguiled Beatles maniacs. It has inspired numerous copycats and has even baited some conspiracy theorists to pin the album cover as proof that a barefooted Paul McCartney was a ringer, and the real McCartney perished in a car crash.

Of course, McCartney went on national TV and told David Letterman the rumors were fruitless.

“I showed up that day with sandals—flip-flops—and it was so hot that I kicked them off and walked across barefooted. So this started some rumor that because he was barefooted, he’s dead.”

The image chosen for the Beatles' Abbey Road album cover was the fifth out of six photos taken by photographer Iain Macmillan. McCartney was wearing sandals for only two of them.

But speculation aside, a recently surfaced print depicting the Fab Four walking from the right—the opposite direction of the frame chosen to serve as the record’s cover art—is adding another layer to the album’s legend, and if authenticated, could net a NYC designer a hefty sum.

“Call it karma,” says Bruce Cameron Clark, a designer of bespoke suits and clothing, who has his own wacky tale about how the signed 1969 chromogenic print ended up in his bathroom.

Two years ago, the Brit had a chance run-in with rock ‘n’ roll curator/collector and photo agent Raj Prem, who boasts an incredible catalog of Beatles and Rolling Stones photos.

“Two years ago, Prem stopped me on the street,” Clark recalls in an exclusive interview with Vocativ from his second-floor bespoke suit shop in Manhattan’s Upper East Side. “He saw me walking down Lexington and stopped me. I said, ‘Here’s my card.’”

Quickly the collector became a customer. “I made formal wear for him—a striped suit, a couple of blazers and beautiful corduroy and cotton moleskin trousers,” Clark says.

Prem was so impressed that he requested more items and floated a barter: Clark would outfit Raj with more suits and in return Raj promised to trade the famous “backwards” Abbey Road image.

While Clark isn’t a Beatles fan, he called Ringo Starr a client and even served as a peer to famed Savile Row tailor Tommy Nutter. (Yes, coincidentally, the same Tommy Nutter who stitched the distinct white suit worn by John Lennon and the two crisp black ensembles worn by Ringo Starr and Paul McCartney on the Abbey Road album cover.)

But things ultimately went sour with Prem. “The whole thing was he wanted to trade me everything for the photograph,” Clark says. “But I wanted the money and we didn’t barter.”

Nonetheless, Clark claims Prem decided to give him the photo.

The image, which appears to be a print of the sixth photo taken at the August 1969 photo shoot, has not been authenticated yet.

“I really didn’t need this picture, and even thinking of the photographer, I thought maybe it was worth $1,000—if that,” he says. “I had no idea it could be worth that much.”

Clark framed the historic Beatles snap—the sixth image out of six shot by photographer Iain Macmillan that August in 1969—but forgot about it after stashing it in the tiny hallway bathroom of his shop. “[Prem] asked me to hang it, but instead I had it sitting against the wall in the bathroom all this time.”

And the clothing designer came close to selling the photo for peanuts.

“I tried to sell it down the street a block away at a gallery,” he says, blushing. “I asked the owner if he would give me some money for it. I didn’t ask a lot, but I’m glad that didn’t happen.”

A friend saw it when visiting the shop one day and decided to research its provenance. It matches the last shot in Macmillan’s set and has the photographer’s signature on the mat, as well as AP (“artist proof”) scrawled on the bottom left corner.

Given that there are only two dozen prints known to exist worldwide, and the fact that the last time a print went up for auction it scooped up $25,000—Clark could very well be in for a windfall if it is indeed the real deal. “I’ll just take the money and move on,” he says.

“One always needs money when running a business in New York.”