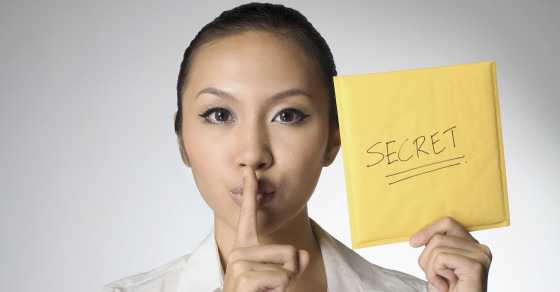 Some secrets are so dark, so messed up and potentially life-shattering, you just can’t share them with anyone you know. But that’s not to say you can’t disclose them anonymously on the Internet. So that’s exactly what people began doing when Reddit user ohgoshwheretobegin posted the thread “Throwaway time! What’s your secret that could literally ruin your life if it came out?” two years ago.

The replies started coming thick and fast, with 45,400 comments and responses (to date) from people divulging their innermost secrets. The themes run the gauntlet, but include the darker stuff: affairs, sexual abuse, theft, deception and incest.

A sample, from user Homycraz2, reads: “One of my frat brothers in college knocked a girl up. A month later she lost the baby. I was using his phone one night when his dad texted him, revealing messages that explained the story. The day he found out he drove to Mexico and came back with RU486, the abortion pill. His dad forced him under threat of pulling him out of college and cutting him off to secretly sneak the girl the abortion pill. Apparently he secretly poisoned her, causing her to lose the baby. He has no idea I know.”

Redditor I_mean_honestly began wading through the thread, selecting entries that toggle between alarming, amusing and occasionally heartbreaking, and is now releasing one a week on a new website called WTF Secrets, supplying an illustration and some of the more notable responses to each secret.

While the more outrageous stories should be taken with a grain—or rock—of salt, they collectively provide an intriguing look into the lives and insecurities, regrets and shameful pasts of complete strangers. And though both the thread and the site borrow heavily from the nearly 10-year-old, wildly popular Post Secret, there is clearly still enough room in the market for people to spill their guts to an audience that is equal parts sympathetic, hostile and hungry for more.