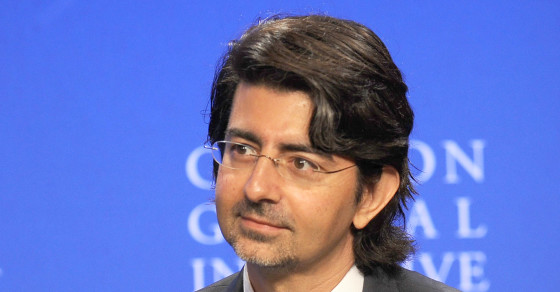 Just over a year ago, eBay founder Pierre Omidyar announced he’d be funding a new investigative journalism enterprise called First Look Media with $250 million of his personal fortune. He placed Glenn Greenwald—who had risen to fame for his stories about mass surveillance at the NSA—at the top of the masthead.

At a conference called Newsgeist in Phoenix today, a year after the site’s launch, the billionaire will finally meet his all-star employee.

You would think—at least I would think—that if you’re spending $250 million to create a company, you might want to meet the people in charge. But who knows? If you’re a tech guy who’s worth close to $9 billion and you’re sitting on your massive fortune, you might just decide to whip out your phone one day and Postmate yourself a new media empire. “To this day,” Glenn Greenwald told New York magazine recently, “I’ve never met Pierre in person.”

If Omidyar had taken the time to grab dinner with Greenwald over the past year, they might have had a good opportunity to talk about the problems brewing at the new media venture. First Look includes two properties, the Intercept and Racket. The editor-in-chief of the Intercept, John Cook, announced this week that he was resigning and returning to his previous employer, Gawker.

It was the second high-profile departure in just a few weeks. At the end of October, the top editor at Racket, Matt Taibbi, very publicly departed from First Look.

We hope Omidyar and Greenwald like each other when they meet today.