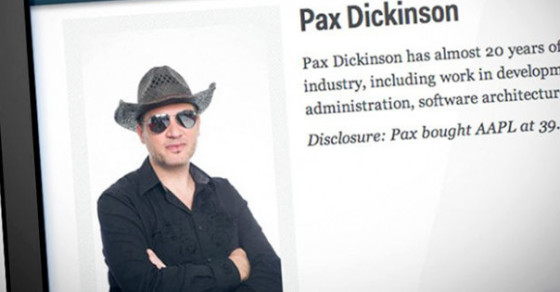 Pax Dickinson Is Back, and He Wants to Expose Corrupt Journalists
By Eric Markowitz

Pax Dickinson Is Back, and He Wants to Expose Corrupt Journalists 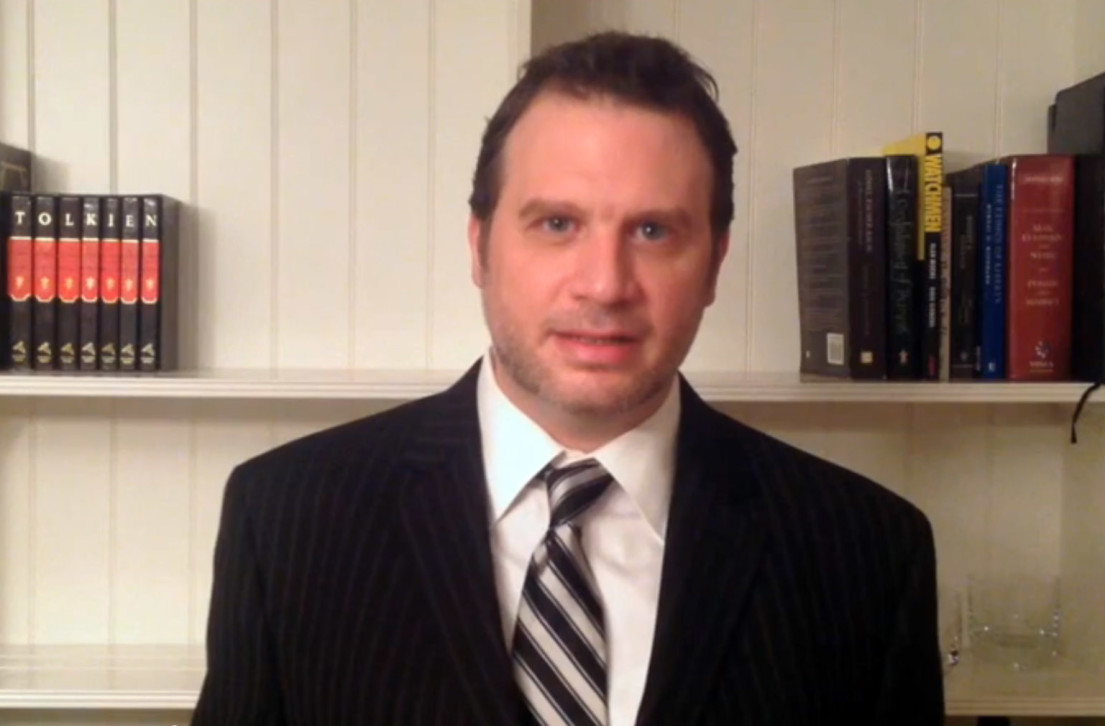 A year ago, Pax Dickinson was the relatively unknown CTO for Business Insider, the popular news site. Then, in September 2013, it all came crashing down for Pax: Gawker published a series of his (public) tweets, which they called “homophobic, racist, misogynistic, classist.”

Here’s one of his tweets from 2010: “In The Passion Of The Christ 2, Jesus gets raped by a pack of niggers. It’s his own fault for dressing like a whore though.”

Dickinson maintains that the tweets, like the one above, were satire, but Business Insider apparently didn’t get the joke. Shortly after Gawker published its piece and publicized the tweets, Dickinson was canned.

For many, Dickinson seemed to represent all that was wrong with Silicon Valley and other tech enclaves, with their sexist, entiled “bro” culture. But Pax doesn’t see it that way. He believes “the media” wronged him, and he’s now out to take them down, one by one.

On Monday, Dickinson launched an Indiegogo campaign for an organization that will “strike back” at what he calls “dishonest journalism.” ExposeCorruption.org will fund investigative research into “prominent agenda-driven media figures and publish a hyperlinked database of their ideological biases and secret skeletons.”

Basically, the idea is to flip classic investigative journalism on its head: Instead of going after politicians or business executives, this organization will go after journalists like the one who publicized his tweets.

Over e-email (Dickinson did not want to conduct a phone interview) Pax told me that this project is “a culmination of a lot of threads coming together. What happened to me, what I’ve seen happen to others.”

Specifically, he’s talking about Emil Michael, the Uber executive who found himself at the center of a media storm recently for suggesting to BuzzFeed’s Ben Smith that Uber might dig up dirt on journalists who wrote negative stories about the company, and Brendan Eich, the former CEO of Mozilla who resigned after it came out that he supported California’s Prop 8, which banned same-sex marriages.

Dickinson apparently feels as though if the media can go after people like him, journalists should be fair game, too. “They lie, they spin, they obfuscate, and they brazenly ignore their own industry’s stated ethical standards,” he writes.

We live in an age where it’s hard to keep secrets, and digging up dirt on people has become easier than ever. Disclosures about a person’s background can very quickly lead to their downfall, whether it’s a CEO having an affair or a journalist committing plagarism.

But I’m just not exactly sure what Dickinson expects his muckraking to turn up on a weekly basis. Journalists who received parking tickets? Bloggers who donate modest sums of money to left-leaning politicians? At worst, some journalists probably break ethical codes by writing favorably about companies in which they invest. Unless there’s some sizeable scandal threatening to bring down big-name journalists like Charlie Rose or Matt Lauer, it’s kind of hard to imagine the public having much interest in the private lives of middling journalists.

The Indiegogo campaign has a $25,000 goal. With the money, Dickinson wants to pursue “adversarial investigative journalism” against prominent members of the media. When I asked Dickinson to clarify who, exactly, will be carrying out these “investigations,” Dickinson couldn’t give me a straight answer. “I’ll use the bulk of the funds raised to pay for background checks and to hire private investigators and investigative writers,” he told me.

The logo of expose corruption.com

“I think an appropriate comparison to the adversarial stance we will adopt might be the way Valleywag covers the tech industry or Media Matters covers Fox News,” he writes.

Dickinson couldn’t tell me if he had any specific targets in mind just yet. “We are not politically partisan but we stand for freedom of expression and are explicitly opposed to the grievance-engine social justice left,” he wrote to me.

Long term, he says, he wants to “build a detailed web database of every media figure and their histories. We want to map out the hypocrisy, corruption, influence, and back room relationships endemic to the journalism industry.”

As of Tuesday, the campaign has raised about $1,300, even though there doesn’t seem to be a very clear game plan of what will happen when he’s actually raised the money to go after these theoretically corrupt journalists.

Interestingly, it’s gotten support from some notable folks–including Andrew Auernheimer, the well-known hacker and white supremacist who goes by “weev.” (Unlike with Kickstarter campaigns, the creators of Indigogo projects can keep what they raise even if it’s short of their goal.)

The idea clearly has been ruminating for a while. Back in December, when Dickinson was fired from Business Insider, he spoke out: “The media needs a bad guy,” he said, “and I fit the role well, so I don’t take it very personally.”