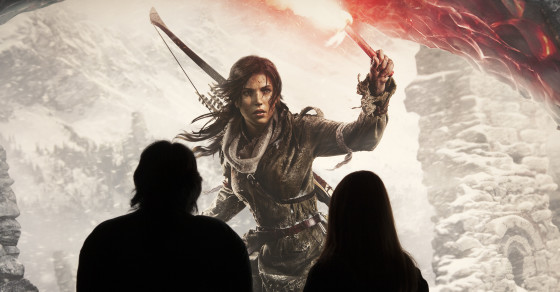 It’s definitely still a man’s world — at least when it comes to video games. At the recent Electronic Entertainment Expo (E3), which showcases the next greatest things in the gaming world, there were 23 percent more video games fronted by male characters than female.

Feminist Frequency crunched the numbers and found that only 9 percent of the games on show at the E3 convention featured “exclusively playable female protagonists.” In non-gamer lingo, that means games where you can only play as a female character. Thirty-two percent of the games offered only male protagonists. There were 35 games where players could choose between either a male or female protagonist — and that included, for the first time, the hugely popular Call of Duty and FIFA war-and-soccer franchises. But as Feminist Frequency points out, only one of those games “used its marketing and promotional space at E3 to predominantly focus on the female character option.”

Looking at the above graphic, some might ask why it isn’t enough that 46 percent of the games featured the either/or option. Feminist Frequency argues that it’s important to develop more female-led games to counter the default cultural assumption that heroes are male. “When players are given the opportunity to see a game universe exclusively through the eyes of a female character with her own unique story, it helps challenge the idea that men can’t or shouldn’t identify with women, their lives, and their struggles,” the site said. “As long as games continue to give us significantly more stories centered on men than on women, they will continue to reinforce the idea that female experiences are secondary to male ones.”