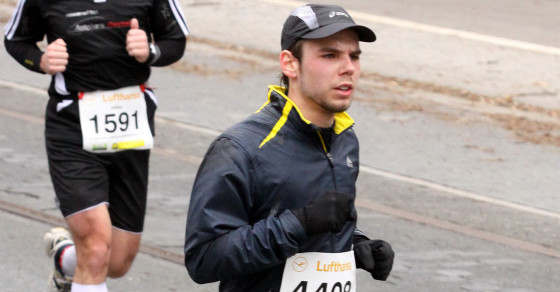 Some friends and neighbors of Germanwings flight 4U9525 co-pilot Andreas Lubitz don’t think he intentionally crashed the plane into the ground. On a Facebook page called “Andreas Lubitz A320 wir sind gegen die Hetzjagd” (“Andreas Lubitz A320, we are against the hunt”), they’ve been sharing other theories—including that he was framed as part of a cover-up.

Vocativ’s analysis of the page reveals that hundreds of its followers are from Lubitz’s hometown in Germany, Montabaur, and the surrounding area. Some commenters on the page suggest that the cockpit voice recorder, which reportedly captured the plane’s captain shouting at Lubitz to let him back into the cabin, was tampered with. Their allegation is that Lufthansa, the parent company of Germanwings, edited the recordings to hide mechanical problems with the plane, and has decided to make Lubitz the fall guy.

Other commenters noted that only one of the two black boxes on the plane has been recovered, which they say is suspicious and is further evidence of a Lufthansa coverup. “I believe in the innocence of Andy!” posted a Montabaur resident claiming she was a classmate of Lubitz.

Other commenters on the page raise questions about one of Lubitz’s ex girlfriends who was quoted in German media saying that he had told her he was planning to do something dramatic to make sure people remembered him. “I’d be interested in how much money she was offered?” one commenter said.

Translation: So I believe in the innocence of Andy!!!