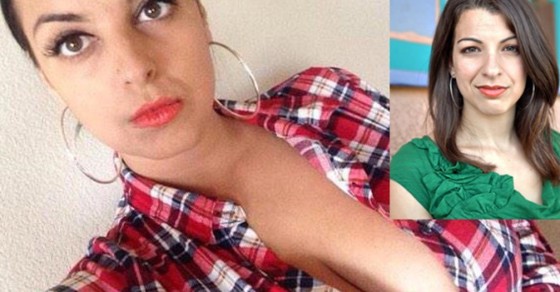 One of Gamergate’s most prominent feminist heroines is being mimicked in a way you never saw coming. An adult entertainment performer who goes by the name Princess Kora, sometimes also Kinky Kora, has launched a pornographic cam show where she impersonates feminist video game critic Anita Sarkeesian.

Sarkeesian’s battle against the trolls (real and pixelated) means she constantly receives rape and death threats from self-proclaimed supporters of Gamergate, an online movement that claims to fight bias in entertainment journalism. Several female journalists have felt the full wrath of the Gamergate attackers, but the hatred directed at Sarkeesian was so fierce that she was forced out of her home over security fears. Others were harangued and chased from their jobs by angry, misogynist online hordes.

Now Gamergate supporters have gained a voluptuous front-woman in Kora, offering them interactive fantasies of sexually dominating their outspoken nemesis. Kora wears Sarkeesian’s trademark flannel shirts and hoop earrings, and uses sniping Twitter hashtags such as #SexPositiveAnita. Kora seems to be the only person profiting financially from her new show, but her viewers are fully engaged, to the point of creating a new logo for channel, posted to 8Chan.

#BoobFreq is a thing and the butthurt is bloody delicious. #GamerGate

Gamergate supporter Jordan Owen interviewed Kora on Sunday for his video series called “The Sarkeesian Effect.” Supporters say  Kora is merely satirizing Sarkeesian while exercising her right to free speech, but it’s no coincidence that mentions of the hashtag #Gamergate have surged since Kora’s latest show. She has been fully “discovered” by Gamergate supporters, who are now becoming avid fans of her cam show. Sarkeesian herself has yet to publish an official response or acknowledge its existence, and aside from a handful of comments on Reddit calling #BoobFreq a personal “revenge porn” attack, so far the feminist response is all but mute.

Check back tomorrow for an in-depth interview with Princess Kora, in which she tells Liz Kulze why modern feminism is something no right-thinking woman should align herself with, why there’s no shame in satirizing Anita Sarkeesian, and what it’s like to discover you look like someone you loathe.

Oh the meltdown over #BoobFreq is glorious. And they called US pissbabies.

UPDATE: Princess Kora has spoken to us exclusively. Click here for more choice words she has on Sarkeesian.