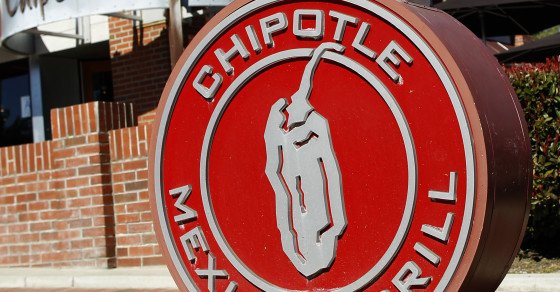 Claims of anti-police behavior by Chipotle employees posted to a New York Police Department forum on Dec. 18 have sparked a web-based protest against the fast-food chain. According to the thread, several officers entered the Chipotle Mexican Grill on Montague Street in Brooklyn on Dec. 16 in full uniform. Instead of serving the officers, several employees raised their hands and said, “Hands up, don’t shoot.” The account claims the police left the location without taking further action.

A user by the name of Ray Melendez posted to the pro-cop Facebook page “Thank you NYPD” with a letter he claims a retired cop named Scott Lothrop wrote to Chipotle. The letter is an angry appeal to the Mexican fast-food chain to apologize for the reported incident:

Lothrop appears to be a retired cop from his Instagram and Twitter accounts. He had not responded to Vocativ for comment upon publication of this story.

Consider this an official boycott of chipotle. You should be ashamed. #chipotle #boycottchipptle #chipotledoesntservenypdofficers

According to Chipotle’s statement on the incident, no one was refused service, and it was only one employee who said, “Hands up, don’t shoot.” After reviewing the situation, Chipotle says eight police officers came into one of its Brooklyn restaurants on Dec. 16, and after a single employee made the “hands up” gesture, the group of officers left.

“Since the incident occurred, we have apologized to those who were upset by it (as we were ourselves), taken disciplinary action with regard to the employee involved, and reiterated with our restaurants the need to make all of our customers feel welcome in our restaurants,” says Chris Arnold, communications director for Chipotle, in an email statement to Vocativ. “Above all, we apologize to the officers involved. This incident simply should not have happened and is in no way representative of our culture or values.”

This response has not eased tensions. Dozens of livid comments appeared on the Chipotle page Sunday, demanding that the chain publicly clarify the situation and apologize for the incident.

“I will never eat at any of your establishments again and I will be sure to spread the word why,” says one Facebook user. Another says: “Very sad on how ‪#‎Chipotle is handling this situation. I know I will not be visiting your stores in the future.”

#chipotledoesntservenypdofficers Chipotle crew stands up to NYPD and refuses to serve them. #AntonioMartin #Ferguson #boycottjetblue

Regardless of what happened at this specific Brooklyn Chipotle, it is clear that tensions are high among pro-cop activists and protesters representing the “hands up” movement against police brutality. Chipotle is a slightly unexpected target, though, considering the chain used to offer cops half off their burritos in 2012.

CVS has also been a target for pro-cop anger in the last few days after a rumor spread that one of its locations on Myrtle Street in Brooklyn refused to let some officers use the bathroom during the funeral for Officer Rafael Ramos, who was fatally shot last week. The drug store chain quickly responded to the rage on its Facebook page, denying the rumor: