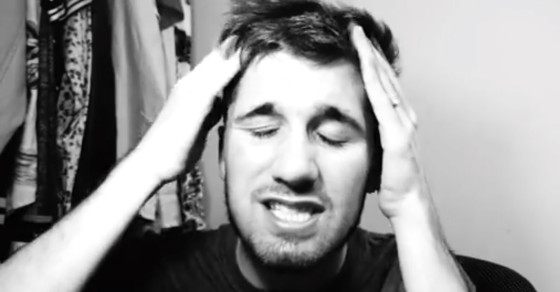 Teen Boy on YouTube: I Was Raped by a Man, And Here Are the Details
By Versha Sharma

Teen Boy on YouTube: I Was Raped by a Man, And Here Are the Details 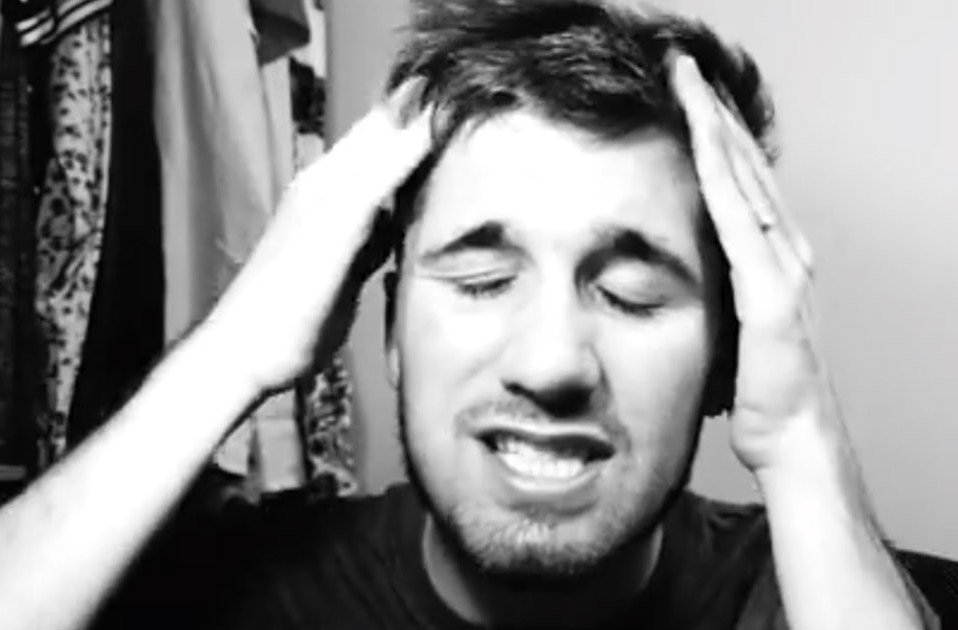 For 18 minutes, Justin Hand looks into the camera and recounts how he was raped.

In two videos on YouTube titled “I Was Raped Last Sunday,” the 18-year-old Hand (he turns 19 next week) tells the story of how he went out on a normal night in late January to Parliament House, a gay club in Orlando, Florida. There, he met a stranger and ended up going back to his hotel room, where the man assured him he wouldn’t try anything, because his sleeping roommate was around anyway. When Justin tried to leave, the man attacked and anally raped him.

The way Justin delivers his narrative in a matter-of-fact way, as if he were talking about the weather or, you know, a normal night out, is both compelling and unsettling.

A blogger in New York, Kenneth Walsh, posted the videos to his site on LGBT issues.

“I want to tell a rape occurrence that isn’t your typical ‘victim brutally assaulted,'” Hand says, talking to me yesterday about his motivation for posting the story on YouTube. “I am not a virgin, I partake in casual sex, and put myself in a situation that was a mistake. And I want people to understand that it’s still rape.”

The video was originaly posted on New York blogger Kenneth Walsh’s website where, he writes of his reasons for sharing Justin’s video: “I think male rape is a subject that does not get enough attention.” According to the Rape, Abuse and Incest National Network, about 10 percent of all sexual assault victims in the United States are male. Fewer statistics are available about how many of those are same-sex rapes.

Comments on Walsh’s blog recount similar experiences, some even at the same club, Parliament House. According to resort administrators, 7,000 to 8,000 people visit the hotel and entertainment complex every week, and “there are no reports of any assaults or violence within the last six months.” Administrator Tim Calandrino says the resort has “proper security to ensure all of our guests’ safety, including off-duty police officers.” The sad truth is that that kind of security can’t always prevent situations like what happened to Justin.

BuzzFeed published an article this week entitled "What Is Rape Culture?"—an attempt to understand why someone in the United States is sexually assaulted every two minutes.

Justin has not reported his assault to the resort or the local police. He says, “The gay community here [in Orlando] are a very unsympathetic bunch, and given I just moved here, I don’t want my reputation to inhibit me.”  He moved from Jacksonville, Florida, and is studying finance and marketing in college.

Men Against Abuse Now, a Stanford University group against violence, is one of the organizations dedicated to dispelling myths about same-sex assault and male rape. From one of their reports:

LGBT survivors of sexual assault may also fear exposing their community to negative reactions and stereotypes and not tell anyone about the rape for that reason. These additional issues make it all the more important for LGBT survivors to find support in helping them to recover and cope with the trauma of having been sexually assaulted.

There is also a myth that men always want sex and are willing to engage in it whenever and wherever—making it especially hard for men to say “no.” Attitudes that gay men are promiscuous or that rape is something that only happens to women can get in the way of service providers offering safe and comfortable places for male survivors of rape to talk about their experiences and receive health care.

Justin hasn’t seen a counselor about the incident, but he says it’s something he’s considering. The Center Orlando, the city’s LGBT community organization, offers general support groups and refers assault victims to the county health department for counseling.

At present, Justin says he’s more concerned about his current HIV status (he does say that his rapist donned a condom for the most invasive part of the assault). And he wants to help define rape, something he mentioned multiple times in our conversation.

He also says his classmates have voiced what they would do if they were victims of sexual assault. As with most acts of violence, it’s never easy or predictable. “I was raped, I put my pants on backwards, underwear in my pocket, and shirt on inside out,” he describes of the immediate aftermath. “Then as I was leaving, he forcefully asked me to tie his shoes. And I did. There was no big Hollywood applause moment where I bashed his foot with a baseball bat, then drenched him in kerosene and lit him on fire. I want people to stop expecting that. This is what Hollywood has done. Nobody really gives a shit about the event, but revenge is apparently a better dish.” He says people seem to care more that he didn’t report it than that it happened.

Justin wants to define rape, but he doesn’t want it to define him. He says he went back to Parliament House three days ago for the first time since the incident and he didn’t break down. He’s also writing about what happened and is considering reaching out to “other people who were raped because of self-inflicted ‘circumstances'” to encourage them to share their stories.