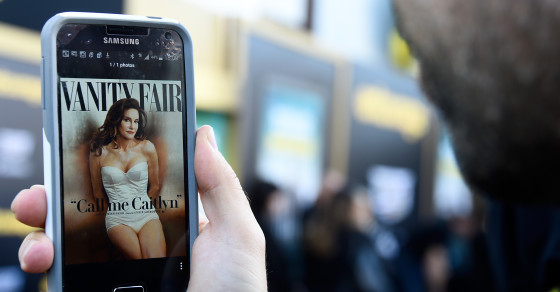 What If Caitlyn Jenner Weren’t So Beautiful?
By Tracy Clark-Flory

What If Caitlyn Jenner Weren’t So Beautiful? 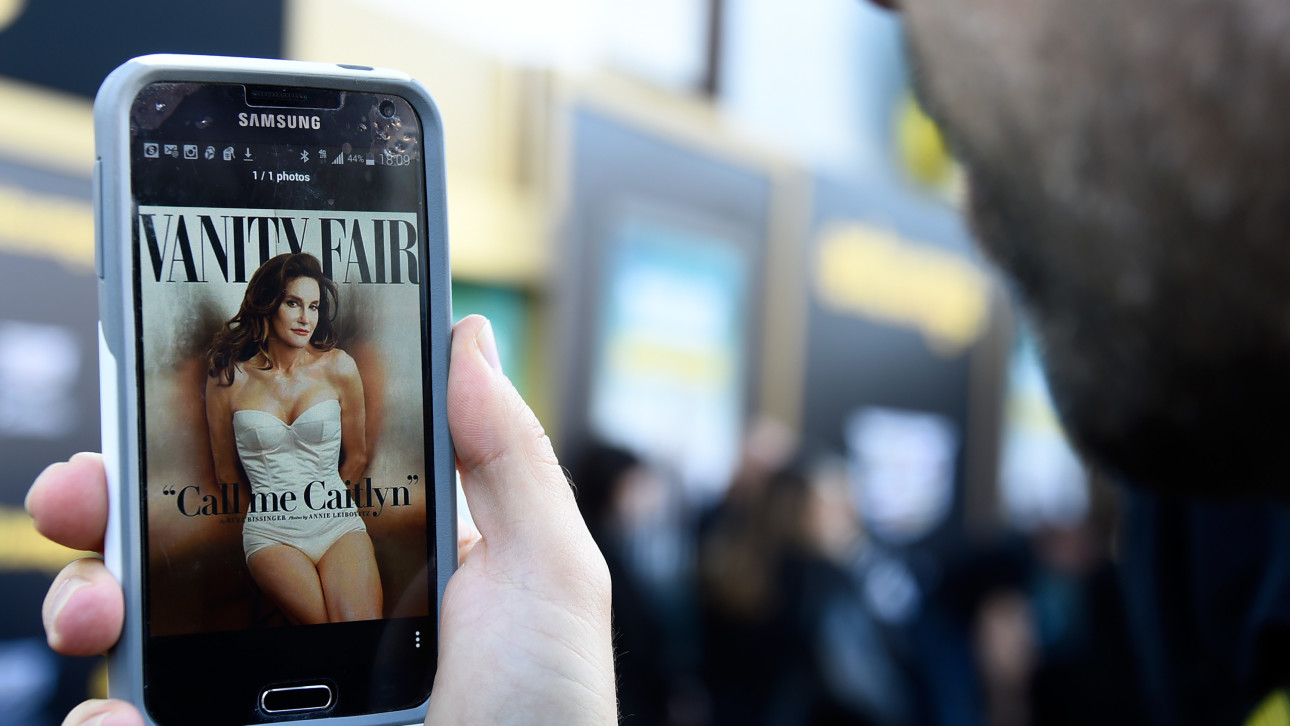 The social media response to Caitlyn Jenner’s debut has been stunningly positive—but it’s also largely been hung up on one thing: her beauty.

Vocativ analyzed over 70,000 tweets mentioning “Caitlyn Jenner,” “Bruce Jenner” or the hashtag “CallMeCaitlyn” since the release of the Vanity Fair cover featuring her on Monday. Jenner’s physical appearance was far and away the leading topic of discussion. A text analysis showed that almost 10 percent of the top phrases used in talking about Jenner referred solely to her looks. Hundreds of tweets included the sentiment that Jenner is “prettier” and “hotter” than cisgender women, meaning women whose gender identity matches the sex they were assigned at birth, or that finding her attractive led to an “awkward moment.”

In response, thousands of LGBT activists and allies have taken to social media to point out the problems with this preoccupation. They argue that focusing on Jenner’s beauty is problematic because it reinforces the idea that trans women must perfectly embody traditional beauty standards in order to be considered “real women.” Take, for example:

On the Reddit r/asktransgender thread, a woman writes, “I shudder to think of what the reactions might have been like if Caitlyn didn’t conventionally ‘pass.’” Another commenter says, “I don’t think the reaction would have been nearly as good if she didn’t look as good,” she said. “[The reaction] leaves out all non-passing trans people or those who aren’t considered ‘gorgeous’.”

There are two separate but overlapping issues at play here: The way people judge trans women’s attractiveness, and the way people judge trans women’s womanhood. “Appearing as a cis woman is considered superior to and more desirable than being a visible trans woman,” Zinnia Jones, a trans writer, tells Vocativ. “Twitter users’ frequent compliments on Caitlyn’s appearance reaffirm that this perceived accomplishment is valued and lauded.” The end result, she says, is that “those who can appear as conventionally beautiful cis women are valued most of all, and this is then presented as the ultimate goal for all of us.”

Whether trans women are perceived as cis can have very serious consequences for their lives. “We have a whole group of people in our transgender community who are visibly transgender because they transitioned later in life or they might not have the resources to have the medical procedures that Bruce Jenner has had,” says Nick Adams, the director of Transgender Media at GLAAD. “They are the most vulnerable members of our community—the most likely to be assaulted on the street, to have slurs yelled at them, to be refused a job because the employer doesn’t want a visibly trans person in the workplace.”

The term “passing” has long been used—both inside and outside of the LGBT community—to describe trans people who are perceived as being cisgender. It’s considered controversial among many activists and allies, though, because it implies that there is deception involved. It’s increasingly common to instead use the term “low-disclosure,” meaning that strangers generally do not identify you as transgender and you are able reveal your trans identity very selectively. Little research has been done on the issues of low-disclosure or perceived attractiveness among trans women; Adams knows of no research on the topic, in fact.

But there is a research paper that came out Tuesday, coincidentally enough, about the effects of medical transitions on trans people’s mental health. The study, out of Canada, found that medical transitions—meaning anything from hormone therapy to vaginoplasty—greatly reduced suicide risk, at least among trans people who felt they needed such interventions. The researchers found that social support reduced suicide risk as well. The study didn’t look directly at factors like low-disclosure or perceived beauty, but the paper’s lead researcher, Greta Bauer, did have this to say about the response to Jenner’s transition: “With women, whether it’s cis women or trans women, a lot of times your legitimacy as women gets tied to femininity and your attractiveness to men.”

But for trans women, being perceived as an attractive cis woman can have downsides, too. “In some ways, being plain makes it easier to blend in, where we can move through the world where our transgender history is not apparent,” says Andrea James, owner of one of the oldest how-to sites on transitioning. “Conversely, many attractive trans people do not ‘pass.’ When someone is attractive, people tend to scrutinize them more closely, especially if they are attracted to them.” In her younger years, James says that when people would stare at her, she knew it was either because they were going to hit on her or harass her for being trans. “It’s very strange to brace yourself for either possibility,” she says.

Being low-disclosure also has its downsides. “On the one hand, trans people who ‘pass’ as cisgender, and live up to gender norms for their identified gender (which, for a trans woman, would include being conventionally attractive as a woman) do seem to receive more acceptance and praise regarding their gender and transition than people who do not,” Julia Serano, author of “Whipping Girl: A Transsexual Woman on Sexism and the Scapegoating of Femininity,” wrote in an email. “On the other hand, if you happen to be a conventionally attractive and ‘passable’ trans women who is later discovered to be trans, you become especially susceptible to being accused of ‘deception’ and possibly becoming a victim of so-called ‘trans panic’ attacks.”

Similarly, a woman on the Reddit r/asktransgender thread on Jenner writes about the baggage that can come with acceptance. “I’ve been going through a similar shift after getting breast augmentation a month ago,” she wrote. “Suddenly I’m getting way more attention from men, but I’m also being talked down to, in a way that I wasn’t prepared for. And it’s because I’ve added a layer of sex appeal to my body, which makes me more of a commodity in the eyes of men.” A different commenter adds, “[I]t’s kind of a double-edged sword: be conventionally attractive and feminine, and you get reduced to your appearance like any cis woman; don’t, and people won’t accept your identity as legitimate.”

From these perspectives, the praise that Jenner is receiving is both a blessing and a curse. It’s also a reminder for activists of how far there is still to go in terms of public opinion on trans issues. Adams puts it this way: “We have to get to a place where how a transgender person looks — whether they’re visibly transgender or whether or not they meet some conventional standard of masculinity and femininity as defined by our culture — is not the criteria upon which they receive acceptance and support.”