Gays in the park: Why a rainbow flag has become one of the primary symbols of Occupy Gezi
By Oray Egin

Gays in the park: Why a rainbow flag has become one of the primary symbols of Occupy Gezi

Roughly two weeks ago, in the early stages of the Occupy Gezi protests, gay and lesbian activists were among the first to arrive in Gezi Park in Istanbul. As the ranks of demonstrators swelled and Occupy Gezi morphed from a simple protest to preserve the park into a larger movement against the Turkish government, gay and lesbian groups have found some unlikely allies near Taksim Square, and the rainbow flag has become one of the movement’s most visible symbols. 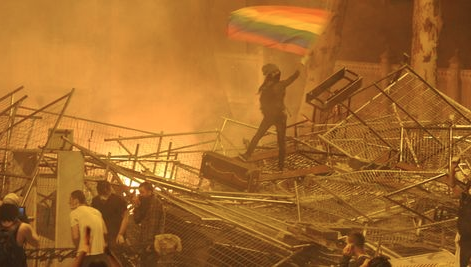 Homosexuality is, of course, far from fully accepted in Turkish society — the army still considers being gay a sexual deviancy – and gay activists have never been a powerful political force in Turkey. Yet in some ways, it’s not surprising that gays and lesbians would be on the forefront of the Occupy Gezi movement. After all, the park had been their territory — at least at night.

Located just steps away from Taksim Square, the city’s main entertainment hub, the park was once the de facto after-hours spot for gay revelers. “Take a look at every [gay] guidebook in the world, and you’ll find Gezi Park there,” says Barbaros Sansal, a fashion designer and activist who’s been going to the park for more than 50 years. “It’s the most important meeting point and cruising area for gays in Turkey. We all have memories there.”

During the day, of course, the park had a completely different identity. “Families with kids would go here,” says Sansal. “It’s also known as the Janitors Park. On the weekends, it was mainly populated by janitors and their families who live in the basement floors of a luxury building in the neighborhood. It was the only place that they could find some fresh air.”

For gays and lesbians, however, the park scene changed well before the government announced its plans to level it and replace it with a replica of an Ottoman Empire-era barracks. First, the local government in Istanbul destroyed the bushes in the park, so there wouldn’t be blind hook-up spots for gays. And starting last year, the police made its presence known, regularly carding whomever passed through. “Even in the morning, if you wanted to just sit and have a coffee on a bench, the police would come and interrogate you,” says Yigit Karaahment, a freelancer writer for Turkish Vogue and GQ. “So gays were gradually kicked out.”

Now, however, gays are back in the park and more visible than ever. “We have created a first-aid area, communicated with doctors, and provided food,” explains Boysan Yakar, an activist for the LGBT Bloc, a gay umbrella organization in Turkey. 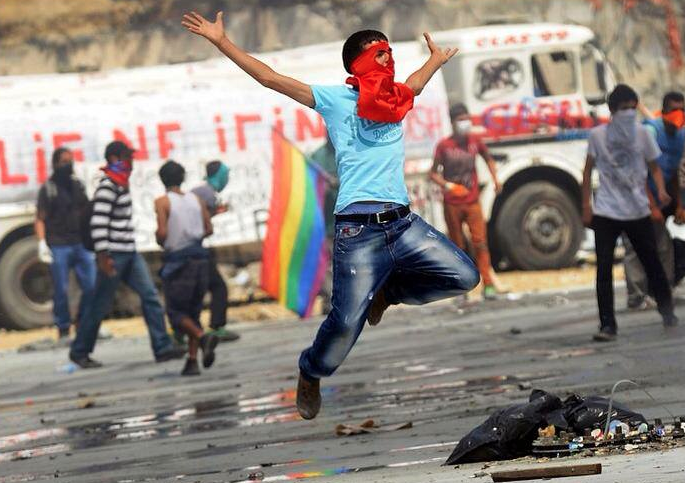 Only this time, there is little cruising going on. “I saw someone checking out his Grindr yesterday,” jokes Karaahmet. “But in reality, most of the time people have no desire or energy to hook up. They are not even sexually charged because of the protests.”

What’s perhaps more surprising is that a different sort of unity is taking place. Indeed, as the protests have continued, gay and lesbian groups have formed alliances with some unlikely friends, such as soccer super-fans and a religious conservative group known as the Anti-Capitalist Muslims. “For years, gays have been treated as an illegal splinter group,” says Kursad Kahramanoglu, a columnist for the leftist Turkish daily, Birgün. “But positive things came out of Gezi.”

When the protests began, for instance, gay and lesbian groups noticed anti-gay graffiti around the park. Some protesters began using the word ibne, a gay slur that can also mean “useless” in their anti-government invective. But soon gay activists began painting over the offensive graffiti and distributed thousands of stickers to raise awareness about homophobia. They also reached out to other groups, asking them not to insult gays, women or sex workers. Most cooperated. And some, including a few members of the Anti-Capitalist Muslims, said they would show support for their homosexual counterparts at the upcoming Gay Pride Week in Istanbul. 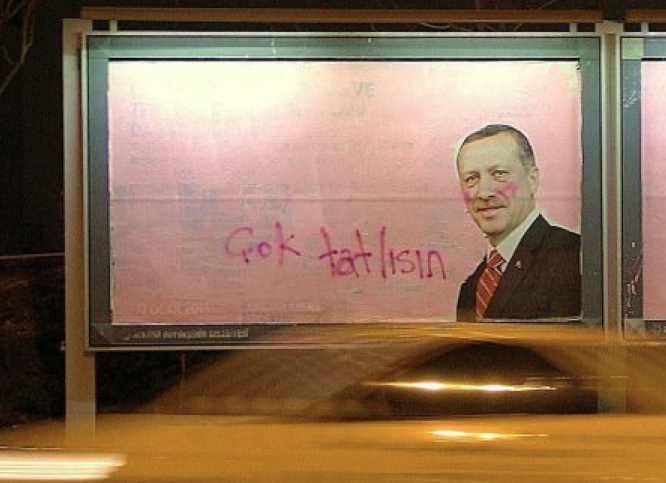 “Erdogan called the protesters marginals, not radicals,” says  Sansal. “Marginal is a word that mostly refers to gays in Turkey. And he picked this word because rainbow flags were everywhere. But who cares? If anything, the Gezi protests played a historic role in our battle with homophobia.”