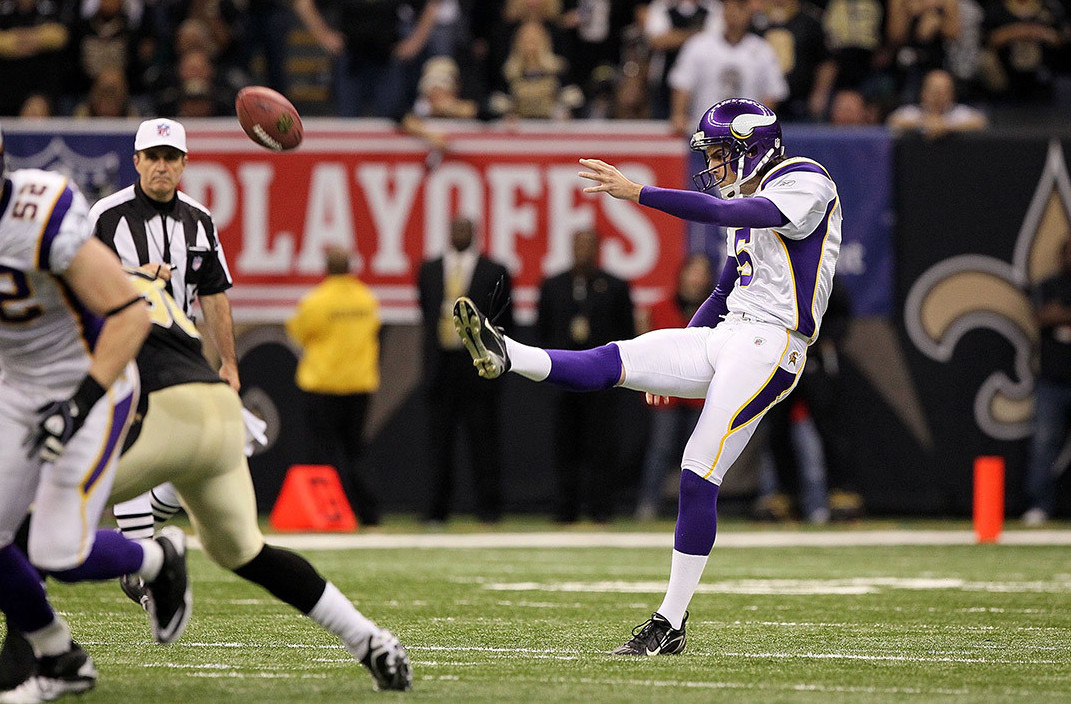 Former Minnesota Vikings punter Chris Kluwe alleged in an explosive tell-all piece on Deadspin Thursday that he “was fired by two cowards and a bigot.”

The bigot in question? Vikings Special Teams Coordinator Mike Priefer, who (as the piece describes) reportedly said in a team meeting once, “We should round up all the gays, send them to an island and then nuke it until it glows.” The comments were part of an ongoing battle between Kluwe and his coaches—recently fired Head Coach Leslie Frazier and General Manager Rick Spielman are the “cowards.” They repeatedly told the player he needed to tone down his same-sex marriage advocacy (and other political issues).

Tweet at us: Does Kluwe deserve to have a job in the NFL?

Kluwe’s support for same-sex marriage was first publicized in September 2012, when he wrote a letter (also on Deadspin) to Maryland state official Emmett Burns, telling him that gays “won’t magically turn you into a lustful cockmonster.” He was defending the free speech rights of Baltimore Ravens linebacker Brendon Ayanbadejo, another marriage equality supporter who was chastised by Burns.

Ayanbadejo and Kluwe filed an amicus brief in support of gay marriage to the United States Supreme Court in Hollingsworth v. Perry (Prop 8).

He became an increasingly outspoken proponent of equal rights from there. The Vikings released Kluwe on May 6, 2013.

Priefer “vehemently denies” the allegations (and pulled the “I have gay family members” card) in a statement released Thursday, but Vikings management says they “will thoroughly review” the matter.

Priefer's son apparently likes to call people "gay" and use #Instafag on Twitter.

Kluwe, 32, acknowledged in the Deadspin piece that it was likely a combination of “my age, my minimum veteran salary [and] my habit of speaking my mind.”

The former punter spoke his mind to Vocativ late Thursday night about why he chose to publish the piece now and the reaction to it, as well as boycotting the Sochi Olympics, and Green Bay Packers quarterback Aaron Rodgers’ sexuality.

I was actually sleeping when Kluwe called from California, around midnight Eastern time. He left a voicemail, a rare enough occurrence today that I listened (and immediately called him back). We connected through Brian Ellner of nonprofit LGBT sports group Athlete Ally.

Chris Kluwe of the Minnesota Vikings warms up on Oct. 21, 2012.
(Hannah Foslien/Getty Images)

Hell of a day, right?

The Vikings have said they’ll investigate your allegations. Your thoughts on that?

Well, we’ll see what happens. It was a fairly boilerplate legal statement that teams usually put out. Hopefully they do, hopefully they find out what’s going on and talk to people.

It was a story I definitely knew I wanted to tell. I wrote the majority of it in April because I wanted to make sure everything was fresh in my mind and written down. I wanted to make sure to wait until after the season was done, because dropping something like this on my teammates would not allow them to focus on their season…and I wanted to see if I could still make it in the NFL. Unfortunately, there’s only so many times I can go out and punt the ball 55 yards outside the numbers. There probably isn’t room for me in the NFL anymore.

Probably the most shocking comment was the “round up and nuke them” line. Is that something you’ve heard from others in the NFL?

No, that was a little surprising to hear. It’s one thing when you’re getting ripped or teased by someone and it’s like, half-joking, half-serious, but the way that Mike Priefer said that was in a very serious, very nasty tone. And, to me, that just put it in a light that OK, there’s something going on here.

In His Own Words

From Kluwe's piece: "As we sat down in our chairs, Mike Priefer, in one of the meanest voices I can ever recall hearing, said: 'We should round up all the gays, send them to an island, and then nuke it until it glows.' The room grew intensely quiet, and none of the players said a word for the rest of the meeting. The atmosphere was decidedly tense."

It seemed like a group of silenced schoolboys, the way no one responded to him at that moment. Why is that?

The other problem is, if you say something, you’re saying something to a coach. It’s very easy to find reasons to get rid of players. You’re very much replaceable. So I understand why no one would say anything, and that’s kind of the reality right now.

Any kind words from other current or former NFL players?

@ChrisWarcraft From a gay girl who likes football - thank you. We ever meet, I will buy you a drink. Or a pie.

@PFLAG @ChrisWarcraft I had the freedom to marry this week because of allies like Chris Kluwe. Thank you for speaking out for equality!

On behalf of the American equality-supporting nerd sports fan community (there are tons of us I swear) thank you, @ChrisWarcraft

Aaron Rodgers addressed gay rumors and came out this week on ESPN, saying he “really, really likes women.” Did you see that? 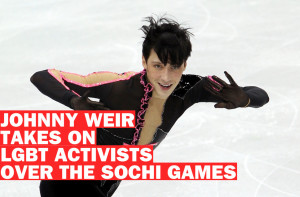 (Laughs) I heard about it. He had to go on the website to defend himself. There were claims his personal assistant was his gay lover. I think that it’s unfortunate that we’re at a spot in society that this is something—that someone’s sexuality is a story, or someone’s advocacy for same-sex rights is a story.

It seems like there are fewer same-sex equality advocates in the NFL than other sports. Why do you think that is?

A day after Chris Kluwe alleges homophobia is an institutional problem in the NFL, another player uses a gay slur. https://t.co/n0NfJmhOjE

It’s such a corporate mind-set in America. It’s not just the NFL, it’s everywhere else—you hear about people who screw up at their job and get themselves fired. We view the pursuit of money as more important than the pursuit of human rights.

You’ve been called “the Internet’s first football star,” but despite that, Reddit NFL moderators banned links to your article, saying it’s not relevant to the NFL.

It’s actually because I’ve contributed multiple times to /r/NFL. They know it would have devolved into a horrendous flame war of epic proportions. On the one hand, I don’t think moderators should be doing that—they shouldn’t be limiting discussion. On the other hand, I think it’s understandable. But if you want free speech on the Internet, that’s the price you have to pay.

How were you recruited to the marriage equality campaign in the first place?

It was Minnesotans for Marriage Equality—kind of a small group. They tweeted at me, “Hey, are you interested in helping out?” and I said yeah. [Marriage equality in Minnesota was legalized in May 2013.]

Did you think at any point, This could impact my career?

I knew it had the possibility to because it’s clearly a hot-button issue, and there’s a lot of people who don’t agree with same-sex rights. But at the same time, how am I going to go on social media and the Internet and talk about human rights and free speech and not do the same thing in my own life. It would seem hypocritical to me.

I’m glad that it happened. I felt like it was a worthy cause to fight for and I’m really glad that I did it.

What are your thoughts on Russia hosting the Winter Olympics in just five weeks? Are you pro-boycott, anti-boycott, don’t care, or do you think the focus should be on the athletes? 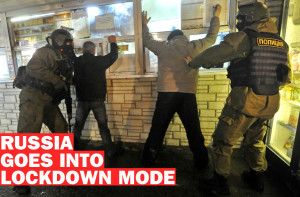 I think it should be boycotted because it’s a violation of Principle 6 of the IOC [International Olympic Committee] charter. The fact that the IOC is continuing to allow Russia to host shows what the Olympics have become. It’s all about money.

I don’t think the Olympics should be all about the athletes. They can make strong statements. People can boycott the corporate sponsors—Coke, McDonald’s—and it sends a very strong message that people are more interested in human rights than buying their products.

Why We Need ENDA

"The fact that a successful professional athlete who is straight experienced a hostile, anti-gay work environment and suffered because of it underscores the battle that many LGBTQ Americans face every day." -Tyler Lopez, Slate

It goes both ways, though. Chick-Fil-A had anti-gay people buy their food on “Chick-Fil-A Appreciation Day,” and they said it broke records. Or do you think a boycott can cause enough economic damage?

I think it could cause enough economic damage. It may not cause enough now but if people keep making these stances clear. It’s very much a young generation versus older generation issue. Twenty years from now, these people that you’re pissing off are going to be your customers still, and they’re going to be telling their children. It’s 2014, they need to move on, otherwise they’re going to be left behind. And you can see that happening right now. Look at all the polls that very clearly show the issue of same-sex rights is older people versus younger people.

Do you know Donté Stallworth? I feel like you’re the two most politically active and outspoken NFL players. You should host a show together.

How many years out do you think we are from a star openly gay football player?

What’s next for you?

Well, I’m probably going to sleep tonight and wake up tomorrow. I’m going to continue writing. I have ideas for a couple books. [Kluwe is the author of Beautifully Unique Sparkleponies: On Myths, Morons, Free Speech, Football, and Assorted Absurdities.]

Thank you everyone for the feedback. I think the thing I regret most is I didn't get to play any video games at all today. #tragedy, #jokes