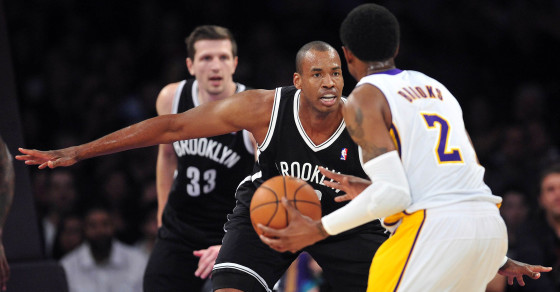 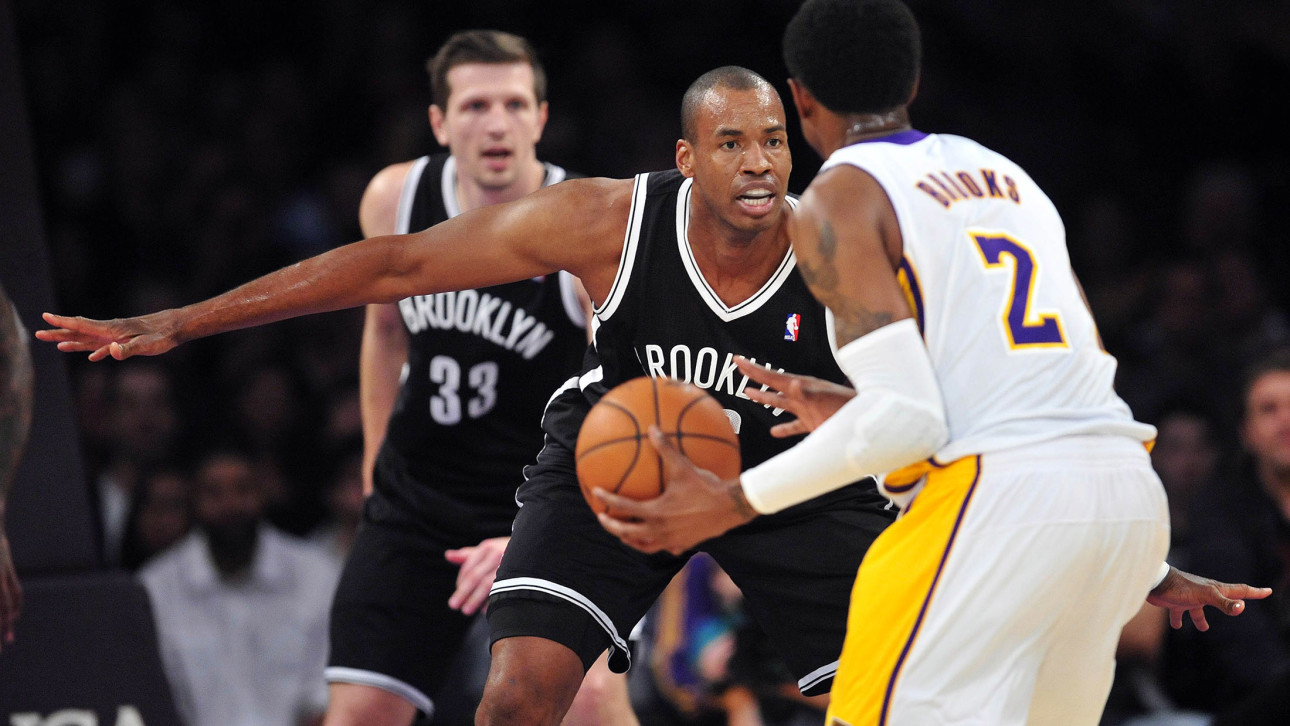 When Jason Collins took the floor last night to play basketball, he made history in America. He became the first openly gay athlete to play in one of America’s major sports.

Jason Collins of the Brooklyn Nets runs down the court against the Los Angeles Lakers at Staples Center on Feb. 23, 2014 in Los Angeles.
(Jeff Gross/Getty Images)

And he made a little history halfway around the world, too.

The Brooklyn Nets, who signed Collins to a 10-day contract, are largely owned by 48-year-old Russian billionaire Mikhail Prokhorov. Prokhorov is the only non-American to own an NBA team (he has an 80-percent share). He is also one of the only high-profile Russians who came out against the country’s controversial anti-gay propaganda law, which passed in the summer of 2013.

“I think we are breaching the international convention of human rights and freedoms we have signed,” he told Russian TV channel NTV. “My position is very simple: This is a personal affair. It is a personal affair who has sex with whom. For instance, I am against both heterosexual and gay-pride parades.”

It’s hardly a ringing endorsement of LGBT rights, but it counts as such in Russia, where the law of the land forbids mentioning homosexuality to anyone under 18.

Prokhorov ran against Vladimir Putin in the 2012 presidential election as an independent, winning nearly 6 million votes, or 8 percent of the total. He came in third; Putin won with 63.6 percent, and Communist Party candidate Gennady Zyuganov was second with 17 percent of the vote.

People on Twitter were quick to note the irony and significance of Collins and his new owner. The Nets management did not return our request for comment.

So Russia, as a country, is anti-gay yet @jasoncollins34 plays for a team owned by a Russian. That's fucking awesome. Congrats Jason.

Who had the Russian owner being the one to sign the first openly gay player? #JasonCollins

Pleasant yet ironic that the Russian owner of the Nets is responsible for signing the first openly gay player in the NBA. #JasonCollins

Jason Collins possibly signing with Prokhorov & the Nets on final day of an Olympics stained by Russian prejudice is all kinds of awesome.

Prokhorov signs Jason Collins during the Closing Ceremony to thumb Putin in the eye because Russian intrigue is the true national sport.

Prokhorov is also against the country’s ban on American couples adopting Russian children, known as the anti-Magnitsky law in Russia. The U.S. passed the Magnitsky Act in December 2012, which authorized sanctions against Russian officials thought to be involved in the imprisonment and death of lawyer Sergei Magnitsky. Russia responded by banning adoption of Russian kids by American parents, which Prokhorov said was damaging mostly to the poor orphans.