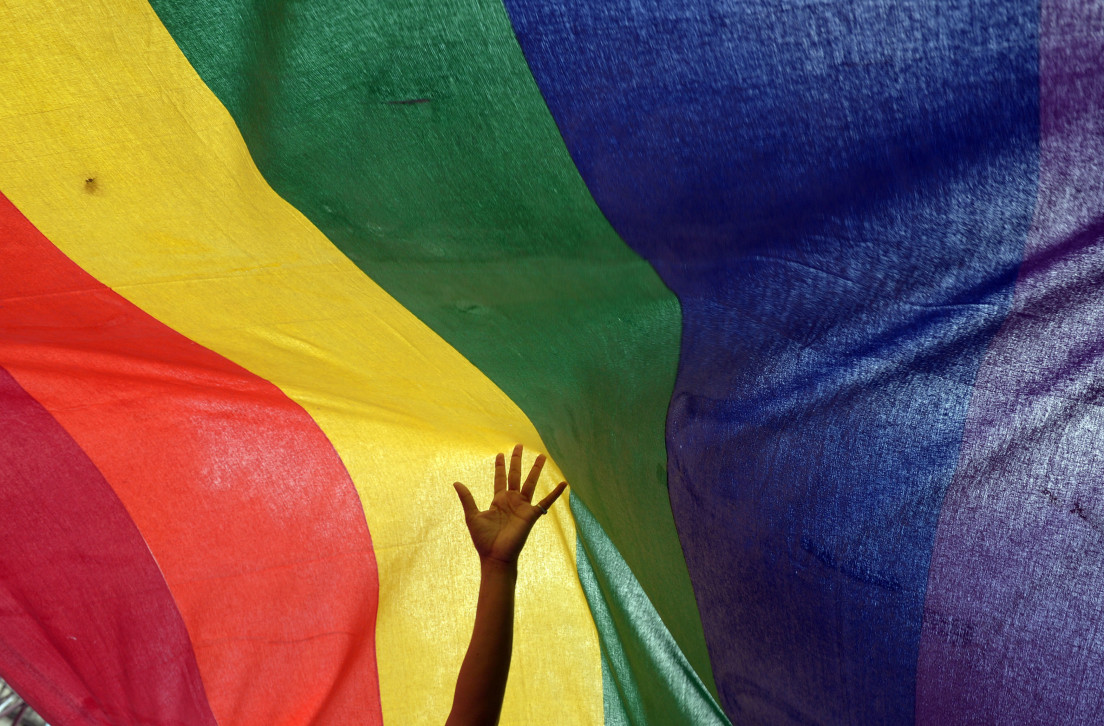 Zeeshan Akhtar grew up in an upper-middle-class Muslim family in the Indian state of Bihar, and sexuality was a taboo topic.

“They are extremely homophobic,” he says.

That didn’t stop Akhtar from experimenting with another boy when he was in the middle school. At 12, he had his first sexual experience with a male cousin, also 12. He said he found the touching “extremely pleasurable” until his cousin tried inserting his penis while wearing a polythene bag. The pain, he recalls, was excruciating.

Akhtar didn’t tell anyone about the incident until he arrived at college. Two weeks ago, Akhtar, now a 23-year-old who has since come out as a bisexual, and five other students at Delhi University shared their personal stories on stage.

While talking about lesbian, gay, bisexual and transgender issues is no longer a novelty in India, this was the first time that Delhi University had allowed space for that kind of discussion. The event was organized by a student group—not the university—and a modest audience of about 40 people attended, crammed into a small classroom.

It’s been four years since the Delhi High Court stuck down an archaic law that criminalized homosexuality, but misconceptions about homosexuality are still pervasive.

Liberal-leaning groups in big cities have embraced the gay community, and gay pride parades attracting small crowds have become an annual event in Delhi and Mumbai. But even the most progressive people tend to more accepting of a gay or lesbian person in someone else’s family than their own. Some people believe that being gay is a consequence of having suffered child abuse, others believe that girls with long hair are too feminine to be lesbians.

When Nishtha Tewari, another student at Delhi University, told her dad recently that she was bisexual, he asked whether she had taken a test to confirm her bisexuality. The audience at Delhi University applauded when she told them her response: “I took a test and it was called life,” she told him.

But coming out wasn’t the hardest part, she said. It was the expectations that she would dress or act differently. When she didn’t do either, people assumed that she must not be bisexual after all.

Akhtar, who is currently dating a woman, often gets asked if it’s possible to be a bisexual if you haven’t had sex with a man. “We need to construct a language, which is our own and not influenced by heterosexual behavior,” he said.

Nishtha is now in a relationship with her female best friend. But to prove her bisexuality, she is expected to have sex with a man. It’s a Catch-22: If you acknowledge the possibility that you might marry a man, people see you as straight, she said.

In a story that led to laughs from the audience, Nishtha described how her mother found plausible deniability in believing that she and her partner were as close as “sisters.”

Considering how much time the two girls spend together her parents should have guessed what’s going on. Instead, she said, her mother chooses to describe her girlfriend as her own daughter.