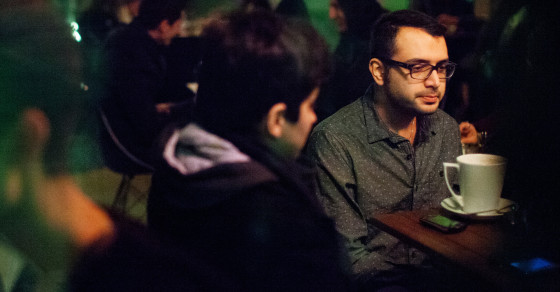 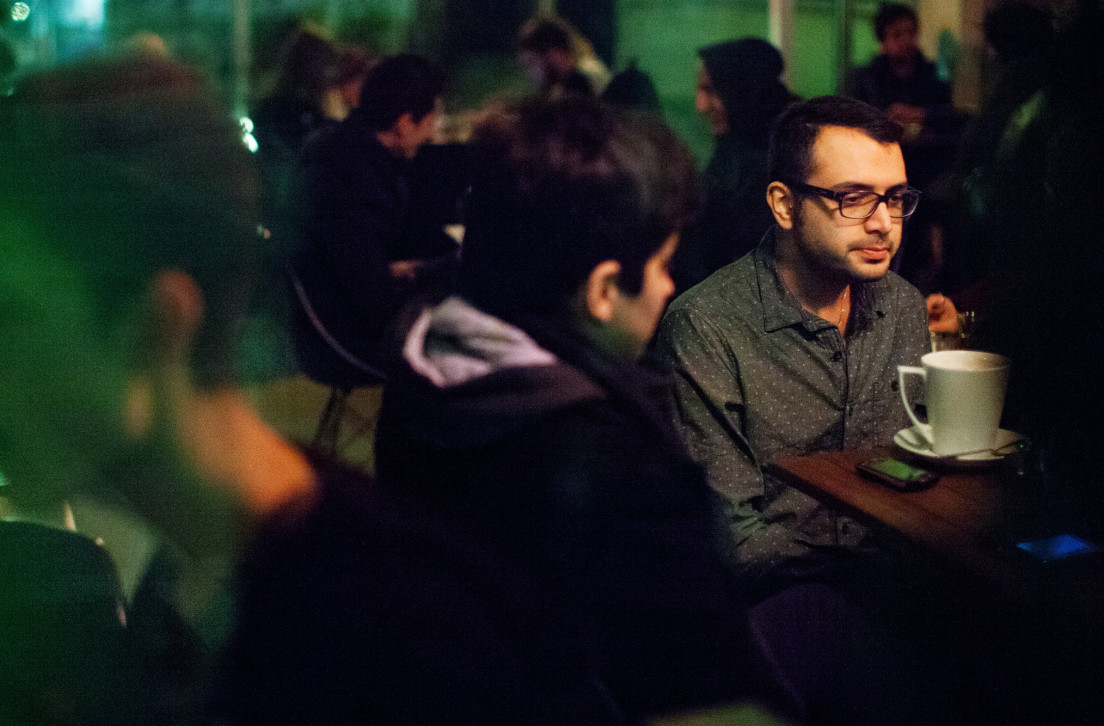 The day they met, Sepehr Rajaei, a 32-year-old from the Iranian city of Isfahan, warned his date that they couldn’t see each other often. Just a few people knew that Rajaei was gay, and he hoped to avoid whatever questions might come from regular trips to Tehran, where his now boyfriend, Ata Leysi, lived and they first got together on a cloudless July afternoon.

Over time, Leysi, a tall and pensive construction worker, became more and more drawn to the baby-faced accountant he found on the dating website Manjam. And so a year after their first meeting, he begged Rajaei to move in with him in Tehran.

Rajaie’s move was a dangerous one in Iran, a country where a man convicted of kissing another can be sentenced to flogging, and sodomy is punishable by death. The two men tried to make the arrangement work, concealing their increasingly intertwined private lives behind a thick screen of fabrications—Rajaei, for instance, told his parents he was in Tehran to study and work. But after four years, Leysi snapped from the burden of hiding and self-censoring at the risk of becoming a social pariah or a target for police.

“We can’t live like this,” Leysi said. “We have to get out of the country.”

They both knew they’d have a good shot of escaping along a well-traveled “underground railroad” leading to freedom in the West.

Photos of Ata Leysi and Sepehr Rajaei hang on their refrigerator in their flat in Eskisehir, Turkey.
(Vocativ/Yusuf Sayman)

For years, Iranians have crossed into neighboring Turkey to escape persecution for being gay. Once over the border and beyond the reach of Iran’s hard-line religious laws, they transform from bankers, engineers, students and artists into refugees, making their case for asylum abroad. Those who have successfully made it to North America, Europe or Australia, as well as those still waiting in Turkey as their applications are processed with the United Nation’s top refugee agency, make up a loose network of advisers who help newcomers. Turkish and international activists and NGOs round out the modern-day “underground railroad” that involves more information sharing than hiding and smuggling—though those arrangements are occasionally made as well.

Sepehr Rajaei and Ata Leysi on their way to a mall in Eskisehir.
(Vocativ/Yusuf Sayman)

For the most part, the route into Turkey is smooth. Turkey does not require a visa for visitors from Iran, which means those with a passport can easily fly to safety. The rate of resettlement is also high. The Iranian Railroad for Queer Refugees (IRQR), a Canadian-based organization for asylum-seekers, has successfully helped resettle more than 60 percent of cases it dealt with since 2005.

“Every single [LGBT] person knows in Iran that you can come to Turkey and apply for refugee status,” says Farzam, a 27-year old refugee living in Ankara. He emphasizes that the road to the West is not a glamorous option, but a last resort. “I didn’t want to leave. C’mon, I had so many friends. I had a life.”

Farzam, who requested his last name be withheld, left Iran only when the prospect of arrest appeared imminent. Police, he says, had warned him to keep away from any LGBT activity after he was unknowingly filmed socializing with gay friends in Tehran. When a Basij militia member, who knew he was gay, confiscated his laptop, Farzam decided not to stick around to see what might happen next.

Though Rajaei and Leysi never suffered the arrests, beatings and blackmail that plagued others they had known, they didn’t want to test their luck. After consulting with Arsham Parsi, the founder of IRQR, they finalized arrangements to leave.

Leysi left first, taking a riskier route because he didn’t have a passport. (In Iran, those who do not complete mandatory military service or receive an exemption card cannot apply for a passport.) Instead of flying, he paid a smuggler $1,000 to bring him to the mountainous border where he slipped under a barbed wire fence into Turkey.

Rajaei, meanwhile, flew to Ankara’s airport, where he found Leysi waiting at the terminal. “When I finally saw him, I can’t even explain the feelings that I had.”

The two wound up in the university town of Eskisehir, one of several satellite cities the Turkish government designates for refugees. Though refugees don’t have the right to work, Leysi found a job cleaning carpets and Rajaei selling secondhand furniture, to make ends meet. Money is tight and their days are often dull as they wait to get resettled, a process that generally takes 18 to 20 months, but Rajaei and Leysi say that for the first time they feel “psychologically free.”

Periodically, however, homophobic harassment reminds them that they’re still in a conservative country and not entirely safe just yet.

They say they were followed on a recent Saturday night by a group of drunk Turkish men who they believe were targeting them because they were gay.

“It’s the exact opposite of Iran,” says their roommate Yasser, who fled to Turkey after a harrowing arrest. “There, it was the state that bothered us, not the people. And here, the state leaves us alone, but the people are harassing us.”

Three years after arriving in Turkey, Farzam finally got his ticket out, though not to the city of his choice. “Where the fuck is Calgary?” he shouts, weeks before his departure from Ankara. “I didn’t want any of this.”

Leysi, meanwhile, was recently approved for asylum in the U.S., though Rajaei is still waiting to hear his fate. “I know we’ll end up being together,” Leysi says.